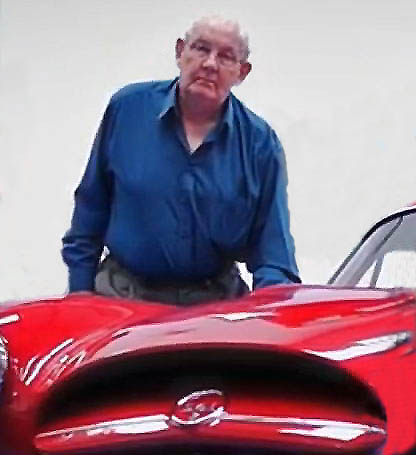 Phil Grice is interviewed by leading Jensen historian, Keith Anderson. With an excellently controlled, yet relaxed interview technique by Anderson, Grice gives us a fascinating glimpse into the world of Jensen Motors from 1946 through to 1964.

Grice left school at 14 and wanted to work within the motor trade. A friend mentioned that Jensen Motors were always looking for staff, and he might try there.

The year was 1946, and this was still the time when someone could walk into the factory and ask if there were any jobs available. Grice did just that. After a brief interview with the factory foreman, Grice found himself working at Jensen Motors

In the early post-war years there was a need for a reasonably priced commercial vehicle, and Jensen Motors brought the Jen-Tug to market. Grice was put to work building up Jen-Tugs, and worked on them until 1948, at which time the whole Jen-Tug assembly line was moved to a new factory at Stoke.

In 1964, Grice left Jensen Motors.  The company was relocating from Carter’s Green to Kelvin Way, and Grice felt it was time for a change.

ADDITIONAL INFORMATION: If you have any additional information relating to this video, please contact us at archive@jensenmuseum.org, or telephone +1694-781354.