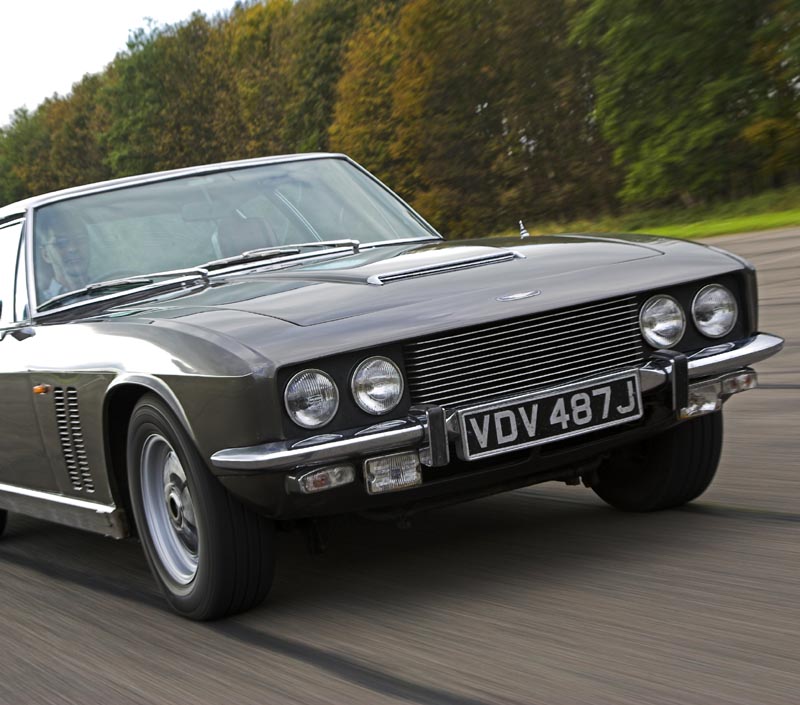 In 1990 Geoff Lye became the custodian of what was then; and possibly still is; the lowest mileage example of a Jensen FF known. The MK.II FF, 127/287, was originally purchased new by a Devon-based car collector. Ordered in metallic charcoal paint with red leather trim, the FF was little used by its owner, and spent most of its time cosseted within the owner’s large garage building, with various other interesting cars. The FF was kept until 1989 and then was offered for sale at the pinnacle of the classic car boom; perhaps wisely, since just months later the boom had busted.

Andrew Edwards was the proprietor  of Cropredy Bridge Garage, and had been a keen buyer of Jensen cars throughout the 1980s. At the beginning of 1990, Edwards heard about an immaculate one owner low mileage FF for sale. The car was expensive, but he knew Lye was looking for the best example of an FF that could be found, and was confident this would be the right car for him. Edwards’ belief was well founded, and when Lye viewed the FF he agreed to purchase it immediately.

This remarkable MK.II FF had only covered approximately 10,000 miles from new and remained in immaculate and original condition, incredibly even sporting its original cellulose paint finish. As the custodian of this exceptional FF, Lye made a decision to use the car sparingly and to try and maintain the low mileage. 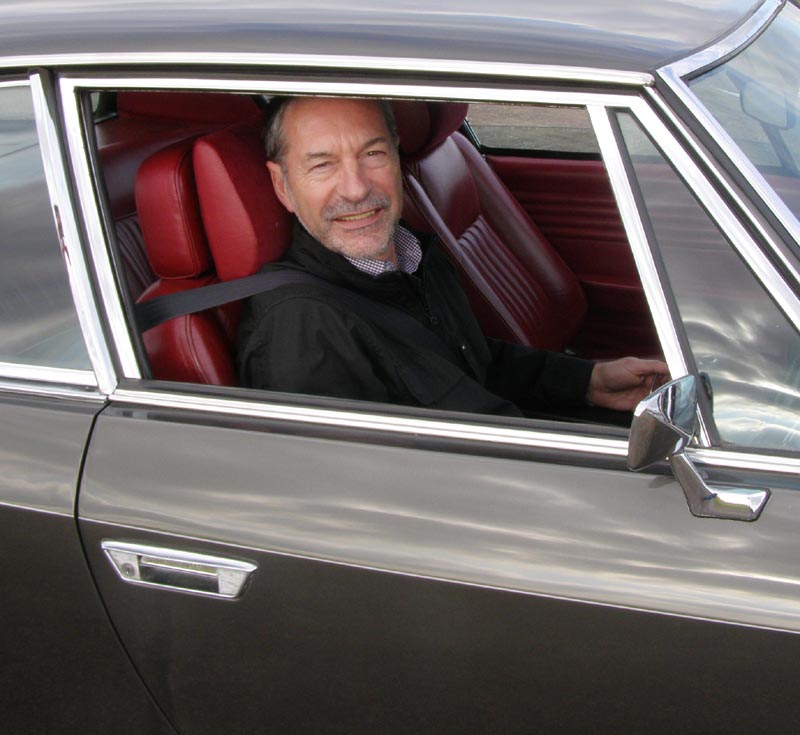 By the beginning of 2007, 127/287 had covered just under 20,000 miles from new. Lye wished to celebrate the first landmark mileage to 127/287 in a fitting way. It was decided that 127/287 would pass into its 20,000th mile on a race track, at its highest possible, highest ever, speed. Initially enquiries were made at the MIRA proving ground, unfortunately they were not willing for a private individual to use their grounds, as they believed the circuit to be too dangerous. Further enquiries brought up another proving ground just outside Leicester. The old Bruntingthorpe Airfield was now a proving ground, and they were happy for a private individual to use the track.

While Cherry checked over 127/287, Lye contacted the Museum, along with various classic car magazines, in the hope they might be interested to cover the story. Classics Monthly responded immediately, stating that if Lye would give them an exclusive, they would send up a journalist to cover the story; Lye agreed. The Museum’s curator, Ulric woodhams, also agreed to be present on the day. On the morning of the 2nd, Cherry loaded 127/287 onto the transporter and headed for Bruntingthorpe. Those attending arrived between 9.30/10.30 in the morning, and made their way around to the pit area given over to the ‘Lye Party’. 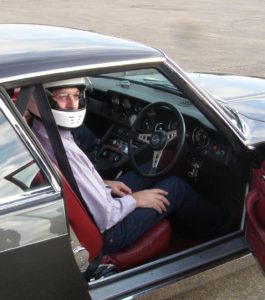 Lye at the ready.

With just three miles left before 127/287 crossed the 20,000 miles mark, Lye had to be sure where this point would take place on the track, and if he was capable of gaining full speed at that point. To this end, Lye asked the head of track security if he would take him around the track. From the passenger seat of the security car, Lye concentrated on the layout of the track, and more importantly, exactly where the three miles came up. Luckily the three miles came up along the main straight, which would allow Lye to get his foot down by that point.

Back at the pit area, Lye transferred over to his FF, and Eric Richardson from Classics Monthly magazine manoeuvred into the passenger seat. Richardson set his Garmin timepiece so the true speed could be checked with the clock speed as the car crossed into its 20,000th mile. Cherry gave the FF a last check over, and since 127/287 had been left idling for some time, it was already fully warmed up and ready to go. Manipulating the FF onto the track, the foot went down on the pedal. At this stage the speed had to be kept down as the bends had to be negotiated before entering the straight. On the last bend before the main straight, power had to be put on as early as possible, to gain maximum speed at the point the car crossed to 20,000 miles on the clock. At the point the clock changed from 19,999 miles to 20,000, the FF was showing 132 miles per hour, which, checked against the Garmin timepiece, gave a true speed of 128 miles per hour 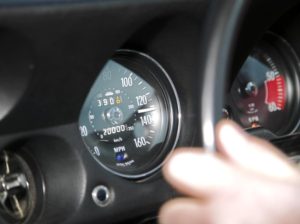 It is interesting to note that most period tests of the FF gave maximum speeds of between 137 and 140, and this was without the aid of satellite regulated timepieces, which we have today. The clocked maximum speeds given by motoring journalists of the day compare almost exactly with clocked speeds of Lye’s FF.

With the careful mileage Lye allows 127/287 to undertake, it is doubtful many of us will still be alive to see the next major milestone for 127/287, when the car crosses 50,000 miles. Hopefully whoever owns 127/287 at that future time, will undertake a suitably flamboyant celebration of the event.

EPILOGUE 127/287 has passed into new ownership and resides in Germany. The new owner has also recognised the importance of this low mileage FF, and continues Lye’s original objective of using the car sparingly.

COPYRIGHTS: All images and text copyright of The Jensen Museum / Eric Richardson