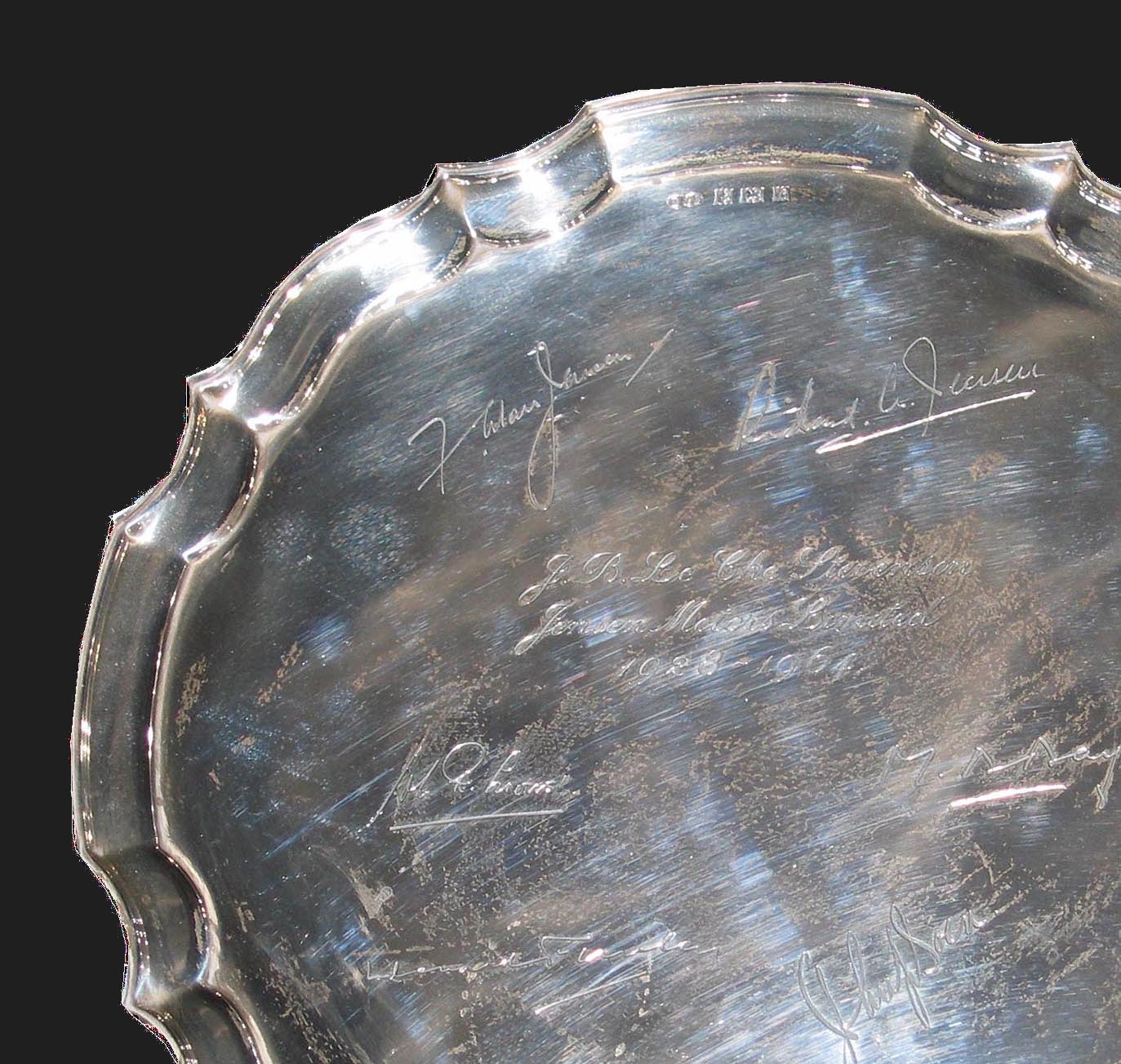 Jensen Motors had no less than five Company Secretaries during the time the Company was in business. The first, J.B.Stevenson, had remained in that position from 1928 all the way through to 1964. The following four Company Secretaries only lasted a few years each. The short periods of employment in that position, indicative of the turbulent  years that were Jensen Motors between 1964 and 1976.

Job description: The Company Secretary at Jensen Motors was responsible for the efficient administration of the company, particularly in regard to ensuring compliance with statutory and regulatory requirements, and to make sure that decisions of the board of directors were implemented.

Other duties included the maintenance of Company records and annual accounts. The Company Secretary’s domain was far reaching, and budgets for all departments at Jensen Motors would be monitored by him.

The job of Company Secretary at Jensen Motors became a much more high pressured affair after Stevenson left in 1964, and this shows itself in the relatively short time span the other four Company Secretaries lasted. That said, Edmiston was obviously the right man for the job, and was respected by the Company’s President (from 1970) Kjell Qvale. 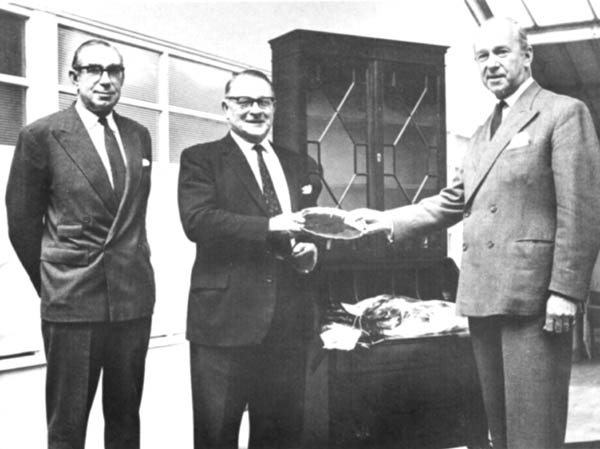 J.B.Stevenson recieving an engraved silver salver from the Jensen brothers, to mark his retirement in 1964. 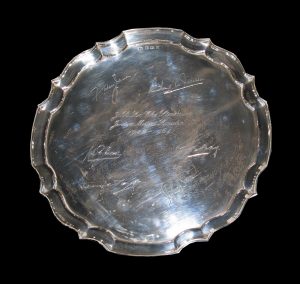 Stevenson retired in that year. In The Jensen Healey Stories, Browning & Blunsden write about Stevenson “a rotund and cheery character…..a man whom the Jensen brothers and the company owe a great deal.” 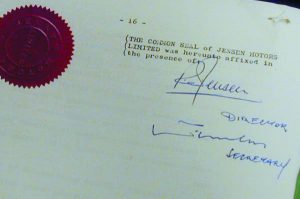 Len Fernley’s signature, as Secretary, on a Jensen Motors agreement.

Fernley took over the position of Company Secretary from Stevenson in 1964. He retired in 1968 and Geoff Thomson took over. 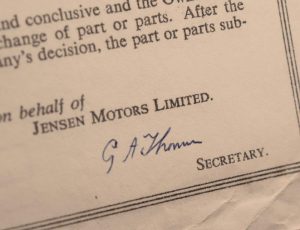 Thomson joined Jensen Motors in 1966 as Chief Accountant, and then in 1968 took over as Company Secretary, taking over from Len Fernley. He left in 1971, at which time he was replaced by Jack Wilson.

According to former Sales Manager, Tony Marshall, Thomson was a pleasant chap, but not competent for the role of Company Secretary within Jensen Motors. Apparently, Thomson was removed in 1971 and replaced by Wilson. 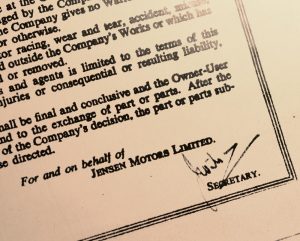 Wilson took over from Thomson as Company Secretary in 1971. He had previously been the Chief Developments Accountant with Simon Engineering.

He remained at Jensen Motors until 1974. Bob Edmiston took over as Company Secretary & Financial Controller in 1974. 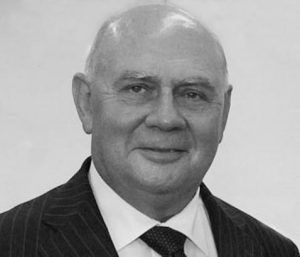 Edmiston was born in India in  October 1946. After spending his childhood in Nairobi, Edmiston started his career as a bank clerk in London. He later worked at Chrysler International as a treasury clerk and then with Ford as a financial analyst. In 1970 he joined Chrysler UK as a financial manager.

By 1974, Edmiston was appointed Financial Controller & Company Secretary with Jensen Motors Ltd. Kjell Qvale was impressed with Edmiston, and in 1976; after Jensen Motors had gone into receivership; he asked Edmiston if he would be interested in starting a new company called Jensen Parts & Service Ltd. Edmiston was interested and used his redundancy plus a loan to gain a 15% stake in the new company.

Edmiston asked Ian Orford to join. Orford accepted and was taken on with his old title of Parts Manager. Edmiston had little involvement with Jensen Parts & Service Ltd, leaving its day to day running to Orford. By 1978 Edmiston appointed Orford as General Manager and offered him the chance to buy Jensen Parts & Service from him, which Orford succeeded in doing.

Under Orford’s direction the company offered everything from parts, to servicing, to complete restoration of Jensen cars. Ultimately, this led to the building of new Interceptors ( Interceptor S4), and a company name change to Jensen Cars Ltd.

Bob Edmiston later became a millionaire, through his companies, International Motors Group (car importers) and IM Properties. Remarkably, these successful companies were started with a £6,000 redundancy payout after Jensen Motors went bankrupt in 1976. International Motors  acquired the UK franchise for Subaru and Isuzu cars. Edmiston later branched out into property and vehicle finance.

In the Sunday Times Rich List 2013 ranking of the wealthiest people in the UK, he was placed 209th with an estimated fortune of £440 million.