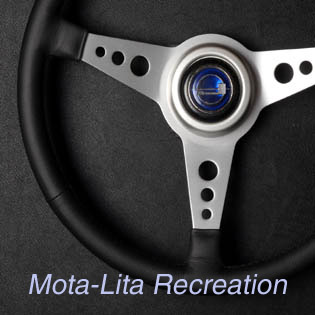 Talks in 2016 between Museum curator, Ulric Woodhams, and Mota-Lita’s founder, Simon Green, led to the task of recreating this iconic Jensen steering wheel. Initially, the two men were discussing the history of Mota-Lita,  when Green mentioned the (little known) fact that Mota-Lita had manufactured some of the leather wrapped steering wheels for Jensen Motors back in the day. It was this surprise information that led to talks about a recreation of this steering wheel.

Unfortunately Mota-Lita’s archive from the 1960s / 1970s had been lost over the decades, so there were no working drawings in existance. This meant the Museum needed to loan Mota-Lita’s engineering department, original examples of both the 14” and 15” wheels, so they could create new drawings.

Once the drawings had been prepared, the task of hand-making the Jensen steering wheel began. Two months later, a prototype was ready for Woodhams to inspect. With a couple of subtle amends, the prototype was approved, and work started on an initial run. 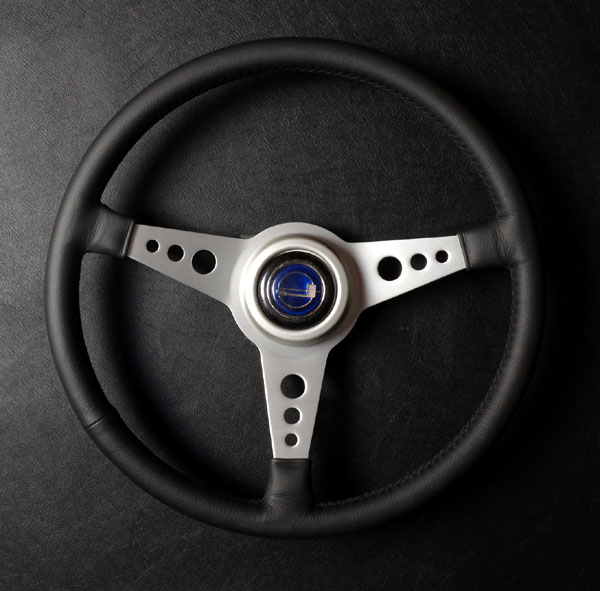 The completed Mota-Lita Jensen steering wheel recreation, is now available from the Museum in both 14″ or 15″ versions.

The completed steering wheels are a stunning recreation of the original, and will compliment a re-trimmed car perfectly.

The cost for this recreation is £875 without exchange (horn push not included).

History of the Mota-Lita company

Simon Green, founder of Mota-Lita, was just fourteen years old when he started his apprenticeship with the Cooper Car Company.  It was here, that Green learnt the art of making steering wheels. Later, Green moved to the famous race-car manufacturers, Connaught Engineering, and then HWM (Hersham & Walton Motors).

By 1956, Green left HWM to start Simon Green Limited. It was in the inauspicious surroundings of a redundant chicken shed, rented from a farmer in Esher, that Green started to design and manufacture his own steering wheels. His new wheels in race grade wood and leather were advertised for sale under his new brand name of Mota-Lita.

In 1959, and with a bulging order book, Mota-Lita moved to larger premises in Surbiton , which had both workshops and a shop front, where customers could come to discuss their requirements.

By the beginning of the 1960s, Green had been approached by Aston-Martin, and asked to produce steering wheels for their cars. Later, other manufacturers, such as Austin-Healey,  Jensen, AC, and Shelby-Mustang would also buy Mota-Lita wheels. Such orders put a strain on the Surbiton premises, and so by the middle 1960s, larger premises also in Surbiton, which included a factory and four cottages were purchased by Green.

During the 1970s, the Company moved to Hampshire. Further contracts flowed in from companies such as Saab, Caterham, Chevron, Cooper Car Co., Excalibur, Jaguar, Lister, Lola, MG Car Co., Opel, Panther, Rolls Royce, Rover, TVR and Vauxhall. Incredibly, even with such an impressively large roll-call of orders, Green continued to manufacture his steering wheels to the highest levels of quality, and even more astonishing, they were all hand-made.

Today, Mota-Lita are still the brand leaders within the UK for steering wheels. They continue to create steering wheels for manufacturers such as Aston-Martin and Morgan, and sell their own range of steering wheels to suit a multitude of classic cars.