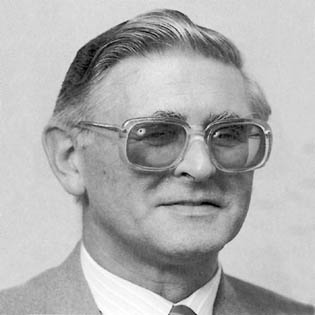 Ron Freckleton had the most incredible career with Jensen Motors. Starting in the Press Shop in 1951, later becoming Press Shop Manager, then Rate-Fixer, before heading the pressings company at Cymgors, which had been bought out by Qvale. Freckleton’s return to Kelvin Way in 1975, saw him without any formal position. In reality he became the factory floor Trouble-Shooter.

After the Company’s demise in 1976, Freckleton was cherry-picked by Edmiston to head Jensen Parts & Service, before being installed as MD of International Motors’ Parts & Service Division. Freckleton reflects on his long and interesting career.

3rd March 1951 was the day I started employment at Jensen Motors Ltd, blissfully unaware that my working life would take me to the end of Jensen Motors, and then on to Jensen Parts & Service, and then to International Motors Ltd, to which I stayed until my retirement in December 1993.

I remember a year or two after I joined Jensen Motors, there had been a problem with trade unionists at Austin Motors. For some reason five of them had left, and later were given jobs at Jensen Motors.

One of the five was Gilbert Hughes, a trimmer by trade. He came into the Trim Shop. Gilbert was a great bloke, and I really liked him. In fact it was Gilbert who would much later [1976] put my name forward to Bob Edmiston to head the production side at Jensen Parts & Service.

Gilbert was one of the few trade unionists that I ever came across, that understood that companies had to make a profit at the end of the day. He was respected by both the management, as well as those working on the shop floor.

From memory, I was in the last batch of employees to move over from Carter’s Green to Kelvin Way. During those last years up to 1965, I was involved in a fair bit of work with the Austin-Healey 3000, in fact probably about 95% of our work was for the Austin-Healey.

Of interest is the fact that in the Press Shop we often used wood blocks or forms to press certain things. The wood we generally used was called Lignum Vitae, the hardest most dense wood available. Today it’s an endangered species.

In December 1965 I was offered a ‘Staff’ position, as a Rate-fixer, after being interviewed by George Smith. I accepted the new position immediately. Since the shop floor were on piece work, all jobs needed a fixed rate. I understood the whole concept of rate-fixing, both from the management side, but more importantly from the shop floor side.

This was important, as when I went around with my timer, timing how long a particular job would take, I would also take into account things such as, how long it would take the chaps to get parts from stores etc. The chaps on the shop floor respected that.

On one occasion, which I think was around 1968, I was made aware of a problem on the ‘track’. It transpired there was a problem getting windscreens into the cars. The issue was either the windscreen aperature, or the windscreen size. However, it led to us having to halt the ‘track’ for a while trying to sort out the problem.

Eventually we let the ‘track’ start again, but they had to leave out the windscreens. While this was happening, the cars went down the ‘track’ without screens, and a few were even motorised without their screens in position. Typically the issue was sorted out, but it gives the reader an idea of how our day could change very quickly when something went wrong.

I remained in that position until 1969, when I was transferred to the Planning Department. In part this happened when rate-fixing and the planning were amalgamated.

At this time I was living in Rubery, Worcestershire, and would make the 12 or so miles journey to West Bromwich via the M5 in my Vauxhall 2000. Being Staff status, I was allowed to park inside the Works, shop floor personnel had to park at the front, just across the road from the factory, or at the back of the Works near the Service Department. Likewise, as staff, I could wear casual clothing, and didn’t need to clock in or out.

The Planning Office was on the upper floor of the main office block [Bay A], next to the Buying Office and the Computer Room. There were about eight of us in the room, including planners, costing chaps, and typists. Typically, myself, and fellow planning officer, Stan Sharman, would start the day by checking if there were any new drawings to go through.

If a drawing was for a relatively simple part, then it could easily be produced by the standard tooling already available in the Press Shop. If the Press Shop were involved, then I would see Jack Eggerson. He was the Foreman of the Press Shop at that time. Together, Jack, myself, and the Press Setters, would work out the best and most economical way to make it.

If the part was more complex, I would have discussions with Ray Meanley, Foreman of the Tool Shop. Together, we would see if a tool could be made for the Press Shop to produce the part more quickly. If we agreed this was the case, then I would arrange the paperwork to sanction the expenditure for production.

Some of the operations required to produce an item, could (in some instances) be too complex for the limited resources of the Tool Shop. In a situation like that, I would pass the the drawing to the Development Department, where discussions  would take place with Joe Belcher the Foreman.

On the odd occasion, there would be an item which we just could not produce in the factory. In that event, the work would have to be out-sourced, and typically I would be in charge of that.

I remained in the Planning Department until 1971.

In 1971, I was asked to take charge of the Press Shop, Fibre-Glass Section, and Tool Room. From memory, it was Vickers himself that gave me that job. The Company was struggling to get enough output from those departments, and hoped if they put me over the relevant shop foreman, I might able to increase output.

By this time Jensen Motors had become involved with Swansea Jig & Tool, in Pontadawe, South Wales. They had opened a new factory in Cymgors, and I was asked if I would go and take charge of the production in South Wales. So off I went down to South Wales in 1973.

Heading production at Cymgors lasted until 1975, by which time the oil crisis came about. It was decided that the items produced at Cymgors would be taken back to West Bromwich. I was transferred back to Jensen, but the truth of the situation was that they didn’t have a position for me when I returned.

The Company didn’t want to make me redundant, and so I was asked to act in what was a ‘roving role’. In reality, it meant I was a shop floor ‘trouble-shooter’. Any problems that came up, say on the ‘tracks’, I would try and solve it. I continued in this ‘roving role’ capacity within the Company until its closure in 1976.

Due to my all round knowledge, I was brought to the attention of Bob Edmiston (Company Secretary Jensen Motors 1974 – 76), who asked me to acquire the equipment and tooling from the official receiver to set up Jensen Parts & Service. This took place, and the equipment was moved to a building adjacent to the now defunct factory. Bob installed me as General Manager of Jensen Parts & Service, while he set about starting International Motors.

Jensen Parts & Service was finally sold off to Ian Orford, and I moved over to International Motors, where I remained until 1993 as Managing Director of their Parts & Service Division.

REQUESTS: Did you work at Jensen Motors in any capacity, if so, would you like to write your recollections of working at Jensen Motors. It doesn’t matter if you do not have writing skills, we can help you with that. please contact us at archive@jensenmuseum.org, or telephone +1694-781354.