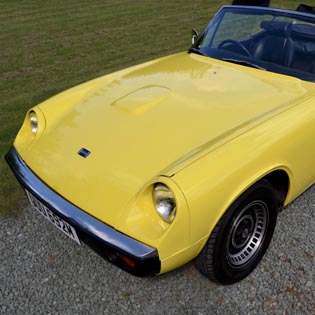 Today, it is hard to find an original unmolested Jensen Healey in good condition. The market place generally consists of poor examples requiring full restoration, and just very occasionally, fully restored cars. Jensen Healey UUU 692M is one such original unmolested car. Having a sheltered life from new, and being rarely used. This immaculate low mileage car was acquired for the Museum collection at the beginning of 2017. The Museum looks at the history that is held on the car so far, and hopes that further information on this historic vehicle, might be found.

Based on the Healey being checked at the beginning of June, the car must have come off assembly and been road-tested by the second week of June, then made ready for sales. The specification being Jensen Healey yellow with black vinyl trim. A standard Radiomobile 1085 radio was fitted.

The car was assigned the registration number UUU 692M for the Surrey-based Jensen distributors, Bell & Colvill Ltd, and made ready for sale. The first owner was Mr Paul Taylor from Guildford in Surrey, collecting his new car on the 1st August 1973. 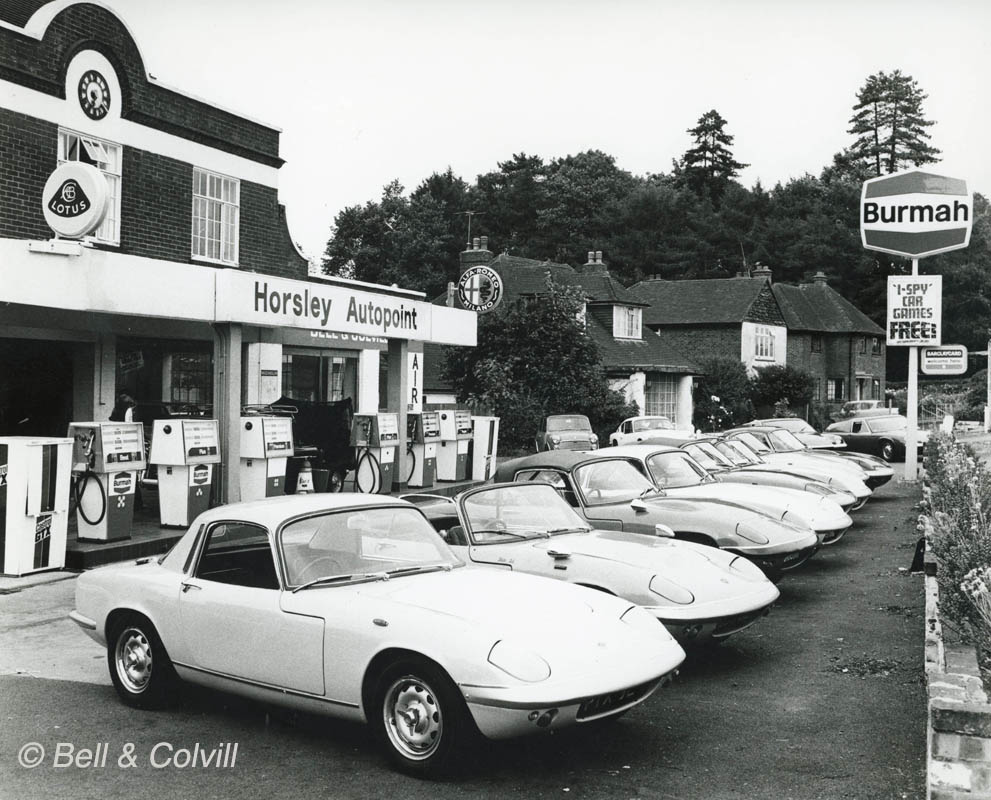 Taylor kept the car for less than two years, selling the car to Mr Edward Finn from Woking in Surrey. Finn kept the Jensen Healey from February 1973 through to 1994, keeping the car garaged, and using it very rarely. In fact by the time Finn sold the car in 1994, it had only covered approximately 15,000 miles from new.

Gregory Hasluck-Clinton, from Lasham, Alton, in Hampshire, became the third owner of the Jensen Healey. He acquired the car in March 1994, through Goodwood Park auctions. Both his wife and himself used the car on occasion, but by the late 1990s, the Hasluck-Clintons were spending more time in Singapore, and a decision was made to sell the car.

Advertised privately, the Jensen Healey was sold to Miss Kathleen Hurst, head grounds-person of Bligh Manor, Coleshill, Birmingham. She purchased the car direct from Hasluck-Clinton in July 1999, at which time the car had covered just over 19,000 miles.

In the July 2008 issue of Classic & Sportscar magazine, motoring journalist, Malcolm McKay did a four page feature on the Jensen Healey, using ‘UUU 692M’ as the lead car. The car had covered approximately 23,000 miles by the time of the feature. 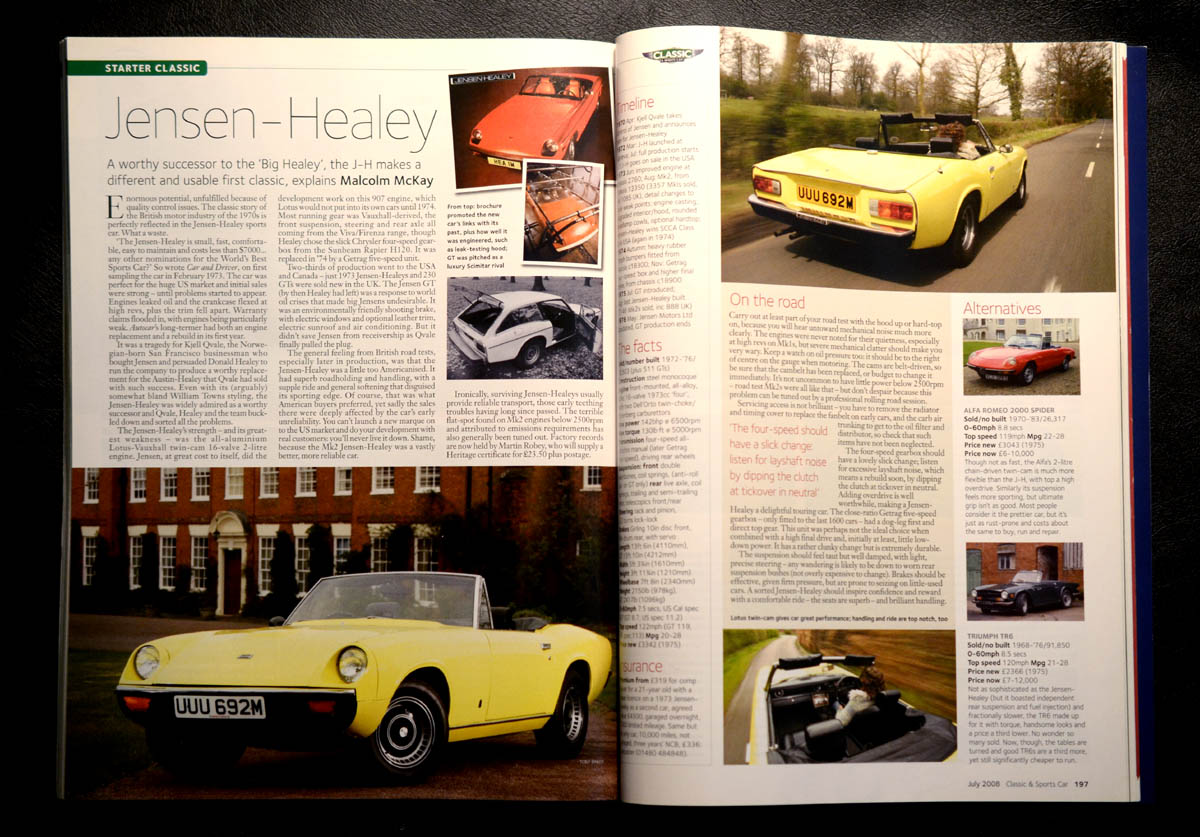 Hurst kept the Healey until 2014, by which time her circumstances had changed. Her position as grounds-person at Bligh Manor had come to an end, and the move from the tied cottage and garaging, meant that the car would have to be sold.

Stuart Hunt from Bilston, had met Hurst on several occasions. Both Hunt, and Hurst rented out their cars for film work. They had met on a film set, and the outcome was Hunt purchasing a Rover P5 from Hurst. When he went to Bligh Manor to pick-up the Rover, he noticed the Jensen Healey. Hunt asked if the Healey might be for sale as well, but it was obvious Hurst didn’t want to sell the car. Hunt left mentioning that if the Healey was ever to come up for sale, to let him have first option.

In July 2014, and with changed circumstances, Hurst telephoned Hunt agreeing to sell him the car if he still wanted it. Hunt agreed instantly, purchasing the 25,000 mile Healey. Hunt owned the Healey for just under three years, rarely using the car. In fact there was a bitter pill associated with the purchase. Hunt thought the bright yellow Healey would be a perfect car for film rental, but the exact opposite was true. His agent told him the car was just too bright for the type of work they were getting. Most of the rental work was for cars used in the background, and muted colours were generally required. 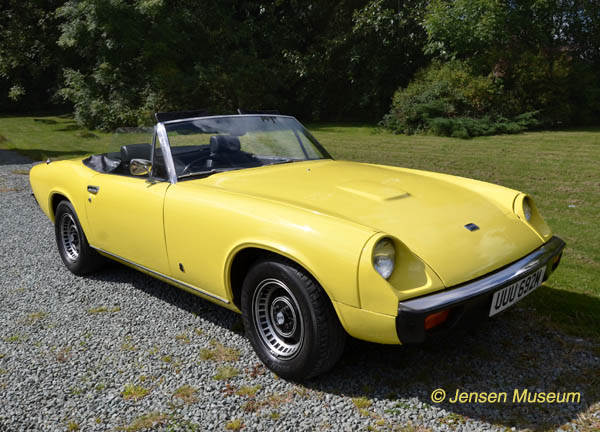 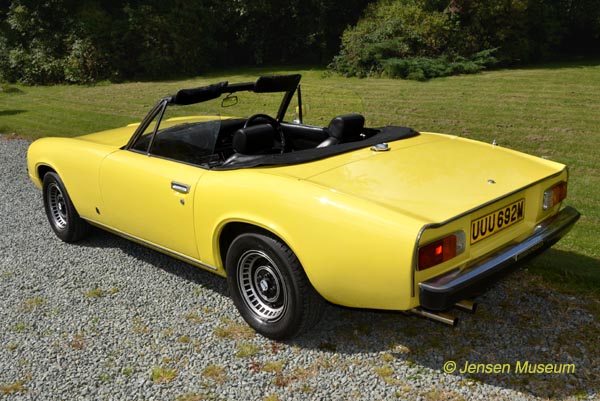 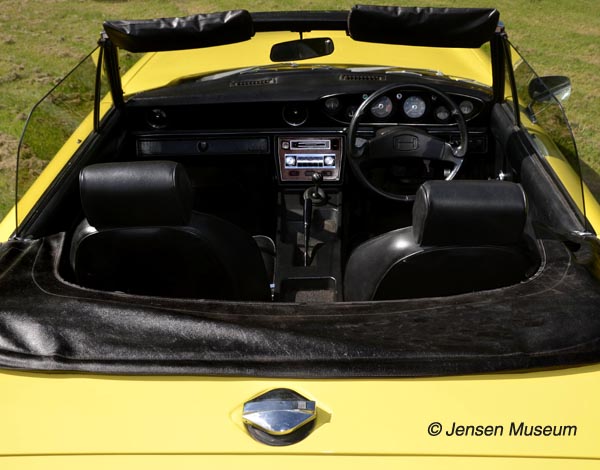 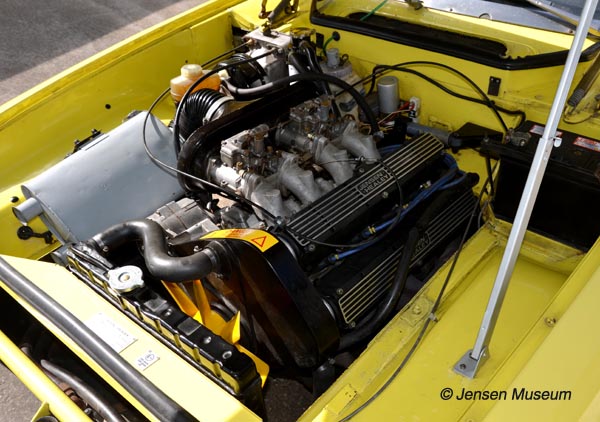 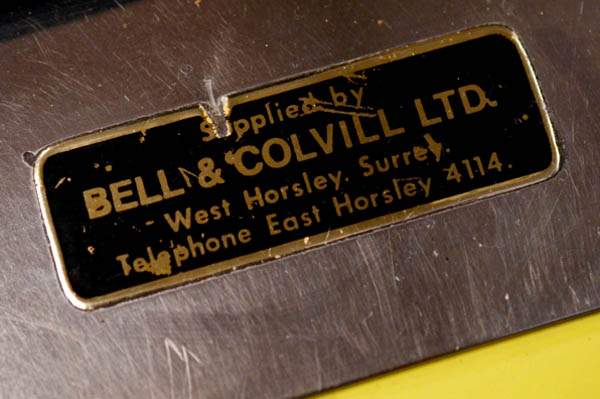 The Bell & Colvill distributors plaques, still in place on the car’s sill sections. 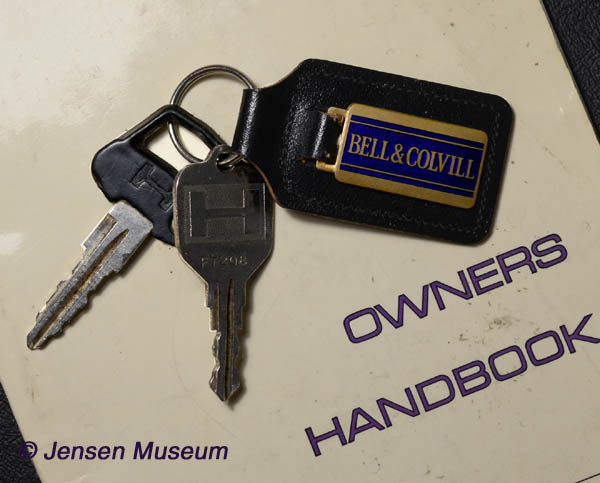 The keys to the Healey retain the original Bell & Colvill distributors key fob.

In regard to UUU 692M, the Museum’s agenda is an easy one. Due to the almost perfect survival of this particular car, restoration isn’t required. Our attention is one of conservation.

Body: The car is of sound structure with no rust in evidence.  The Museum has had all inner panels injected with Waxoyl to conserve the metalwork.

Mechanics: During 2017 a complete program of mechanical servicing has taken place. This includes replacing all suspension rubber mounts. Draining out, and replacement of all fluids. Change of cambelt (last recorded change 2005). Change of all filters. Changing various gaskets where necessary. Changing brake hoses.

Interior: The original black vinyl trim and black carpet is still in place. The condition is particularly good. The Museum intends to deal with the interior from a preventative conservation method, rather than undertake any physical restoration.