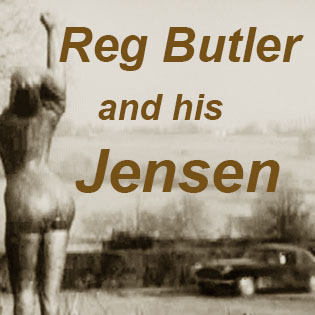 Reg Butler, one time assistant to Henry Moore, became one of the leading Sculptors in post-war Britain. He purchased a Jensen 541 in 1957, stating, “driving fast in a motor car that’s shaped like a piece of sculpture, gives one that sensation of speed in almost a plastic form…”.

The Museum looks back at Butler’s career, and his ownership of the Jensen 541. 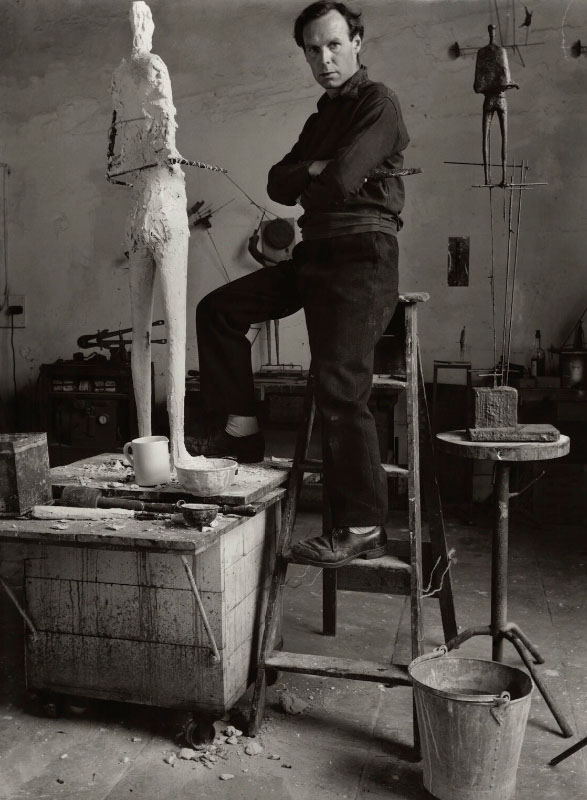 Reginald Cotterell Butler was born on the 28th April 1913 at Bridgefoot House, Buntingford, Hertfordshire. His parents were the Master and Matron of the Buntingford Union Workhouse.

Butler studied and lectured at the Architectural Association School of Architecture in London from 1937 to 1939. He was a conscientious objector during the Second World War, being exempted from military service, conditional upon him setting up a small blacksmith business repairing farm implements.

Just two years after the end of World war II, in 1947, Reg Butler became an assistant to the renowned sculptor, Henry Moore. Two years later, Butler was holding his first individual exhibition of sculpture at the Hanover Gallery, London.

Butler’s rise to fame came relatively quickly. On Moore’s recommendation, Butler was given a Gregory Fellowship in Sculpture at the University of Leeds, from 1950-53. In 1951, Butler was commissioned by the Arts Council and the London County Council to create a work for the Festival of Britain.

Then between 1951 and 1980,  he was given an appointment as a lecturer at the Slade School of Fine Art. In 1952, Butler was included in the world-famous exhibition of eight British sculptors at the British Pavilion, Venice Biennale.

However, the sculpture that made Butler a house-hold name came in 1953, when he became Grand Prize winner in the international competition for a monument to ‘The Unknown Political Prisoner’. 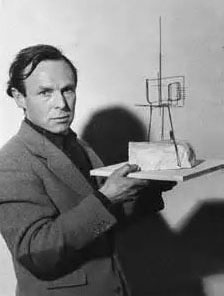 Butler holding his first model of The Unknown Political Prisoner. 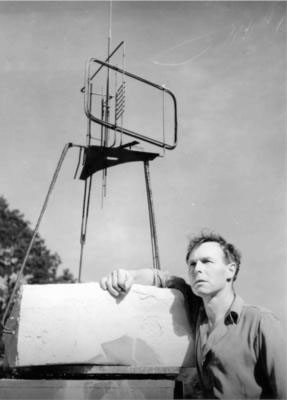 A larger scaled up version of The Unknown Political Prisoner.

Although the full size monument was never built, one of his scale models was destroyed by a disaffected Hungarian refugee. Butler philosophically said,

Previously to the Jensen, Butler had owned a Volkswagen Beetle, but having made some good money from one of his many exhibitions, he decided his image required a fast sports car.

A Jensen was the chosen car for his ‘new’ identity.

Butler’s purchase of a fast sports car coincided nicely with a BBC documentary about him. During the first half of 1958, John Read wanted to make a film for the BBC of Butler in his studio. Butler wanted to promote his cutting-edge image by driving his Jensen. Butler was later to state, 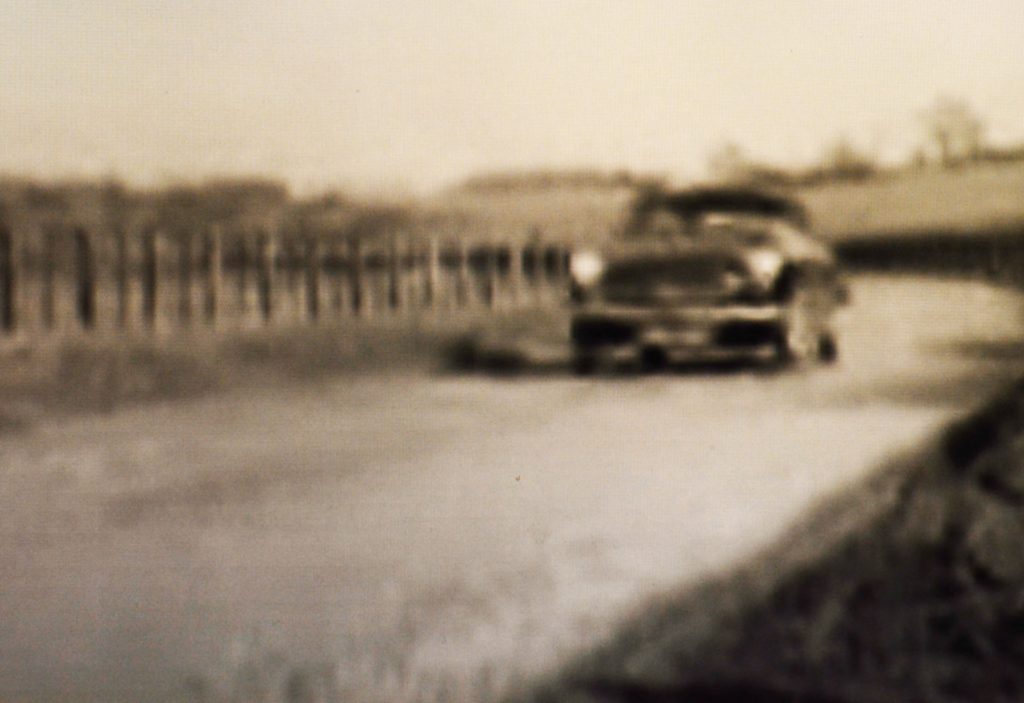 Butler puts his foot down along the straight, aptly named The Mile. 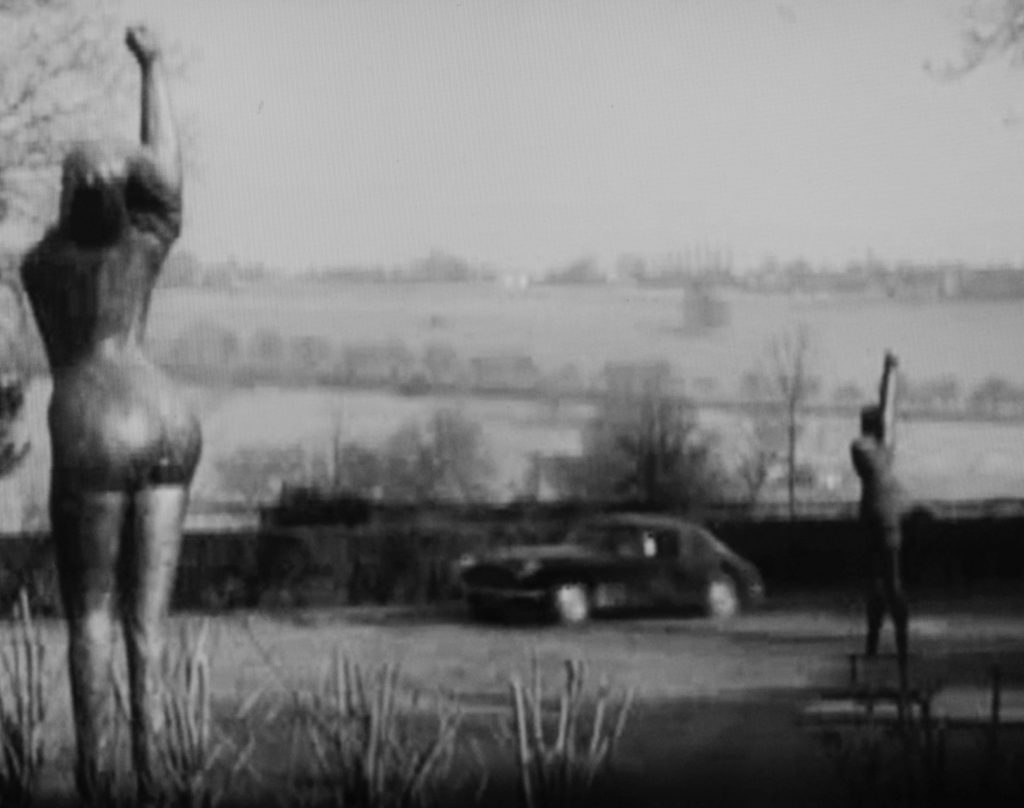 Butler arriving back at his studio, where he is greeted by two of his bronze girl sculptures.

His wife, Rosemary, discusses the opening sequence of the film documentary when interviewed by Dr Gillian Whiteley, lecturer in art history, in 2000. She had been a student of Butler, later becoming his assistant, and lover,

“And the film starts with this car zooming up one of the roads, local roads, which is called ‘The Mile’, and it goes up this road with enormous speed and enormous roaring. And then it turns round and comes back, and comes up the drive, and sort of, revs at the front door. And this is obviously the image that Reg wanted to sort of put across, these wonderfully…energy, full of energy, sculptures, and then Reg in this sort of car. 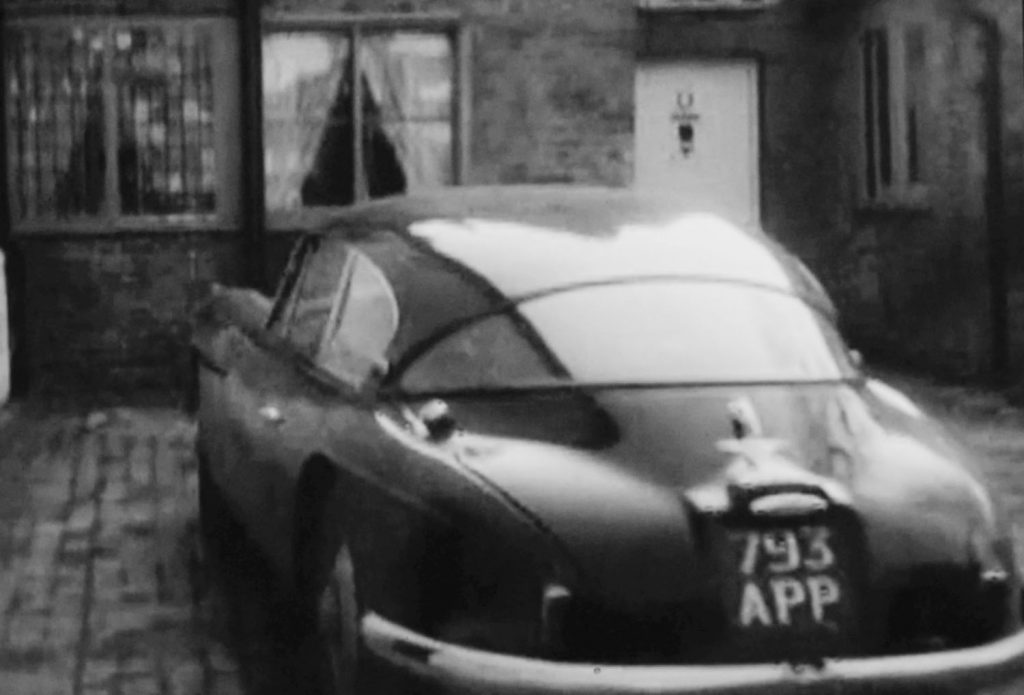 The Jensen 541 parked up outside Butler’s studio.

Anyway, the film was made, …..the drama of this was wonderful, and it showed Reg working at the forge, and John Read obviously made great play with the flames and the sparks, and Reg on top of ladders, and all this sort of thing.

Looking at it now, it’s so dated, and the sort of, the phrases that Reg brings out, which are meant to be sort of casual, are obviously so considered and so weighty….. Anyway, I was very pregnant at the time, and a month later my daughter was born, at University College.

My mother, who was Registrar at the London School of Hygiene, and was a great friend of the Professor of Obstetrics at University College, so I was sort of, a VIP person.

I had to go and buy myself a wedding ring, because, you know, it was  odd thing to be unmarried at that time. Anyway, I think, I was called Mrs. But anyway… my daughter started to come, I should think, in the morning, about four o’clock, five o’clock.

We sort of got into the car, Reg and I, in the Jensen, and we went up to London. (laughs) I think we went through every light and every, everything, you know, just, great, great speed. When we got there, Cortina [ her daughter] was delivered with great ceremony…….”

Butler’s four main sculptural themes were: a girl figure – usually standing, a man – usually small-headed, usually doing something, a kite figure – the ‘figure in space’, and boxes. His work reflected contemporary Italian classicism and the Art of Trauma that had become somewhat of a central European art cliché after World War II.

Other artists that Butler admired, and drew inspiration from, included Brancusi, Giacometti, Maillol, Picasso and Rodin. He went on to produce a series of iron sculptures, before settling on more solid bronze and shell bronze works.

Butler’s later work consisted of lifelike models of female figures, such as Girl on a Round Base, that have something in common with Hans Bellmer, and the sculpture of Allen Jones, along with the prefigure the work of Ron Mueck. Many of his works are held by the Museum of Modern Art in New York City and Tate Gallery in London.

It isn’t known exactly how long Butler kept the Jensen 541, but later during the 1960s, the Jensen had been replaced with a Citreon Safari. Butler died on 23rd October 1981.

Butler’s Jensen 541 is known to survive.

Information from the Jensen Owners’ Club 541 Registrar files, shows that the car had at least nine official ownership changes up to 2007. But it must be remembered that Butler had sold the Jensen during the 1960s.

When the DVLA set up their computer-based records  in 1977, many previous ownerships were not recorded. As such, the nine official ownerships maybe from 1977 onwards.

The ownership history we have indicates the 541 spent some time in Northern Ireland (at least 3 different owners in the 1990s), then back to England by 2004, residing in Hampshire.

The car may have been taken out to Johannesburg, South Africa,  in late 2004 / 2005 – however, it may have been that it was the owner (without 541) that lived in South Africa during this period. There is also notes on file that the 541 might have been undergoing preparation to take part in the 2007 Peking – Paris Rally.

If the car ever took part in the rally isn’t known. Possibly not, bearing in mind a recently sprayed 541 was being offered for sale in that same year. Nothing is known of Butler’s 541 since 2007. 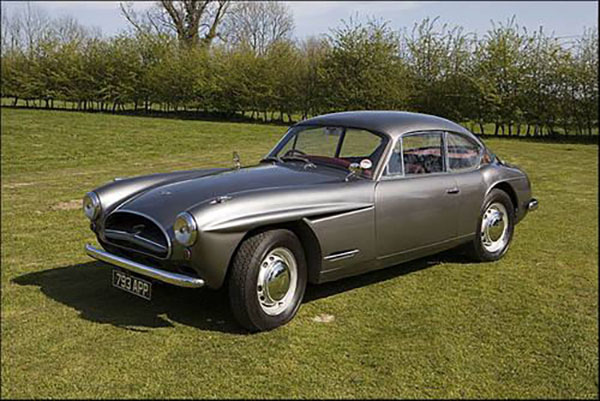 If anyone has any further information about Butler’s Jensen 541 chassis number 541 / 137 5803, the Museum would appreciate hearing from you.