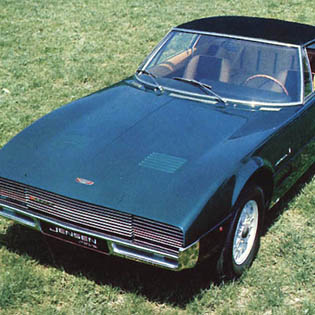 During 1966, Alfredo Vignale had asked Jensen Motors if he could purchase a LHD chassis to build his own body on. It’s believed Vignale wanted to build one of his own designs , which he had submitted to Jensen Motors for the CV8 replacement body. Both Vignale and Touring had submitted designs to Jensen Motors in 1966, and Vignale’s designs had been turned down in favour of one by Touring. This is the story of Vignale’s design built on a Jensen chassis; the Jensen Nova.

Chassis JM/EXP/117 was built up for Vignale, and commissioned with a slightly shorter wheelbase than the standard Interceptor chassis. The chassis was supplied with a Chrysler 383 engine, along with a Chrysler 4-speed manual gearbox. The completed chassis was sent out to Vignale in October 1966.

The design exercise was going to be a striking two-seater fast-back styled body with lowered engine mounts, allowing a lower bonnet line. The front had an unusual design, featuring electrically operated retractable headlights.

The first incarnation of the Jensen Nova at the Vignale factory in February 1967.

By February 1967, the completed car was ready, sporting a specification of dark metallic green, with a black roof panel. The interior had an unusual combination colour scheme of beige and black. The bodywork was alloy and fibreglass, with quite lavish stainless steel integral finishing to the front and rear, instead of normal bumpers. 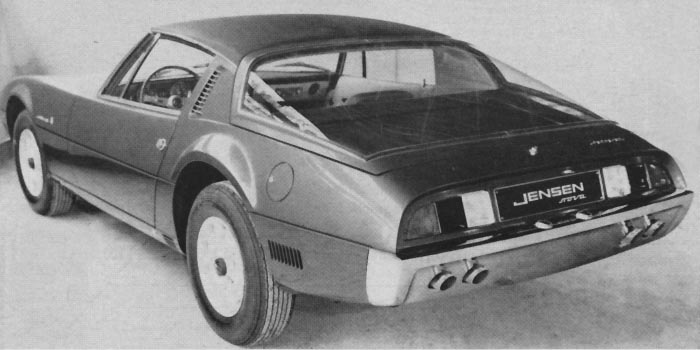 Rear-end view of the Jensen Nova photographed in February 1967.

Interior view of the Jensen Nova photographed in February 1967.

The sill covers were painted metallic green, as per the body, but with stainless steel jack point covers. Vignale chose Campagnolo alloy wheels to finish the car off. 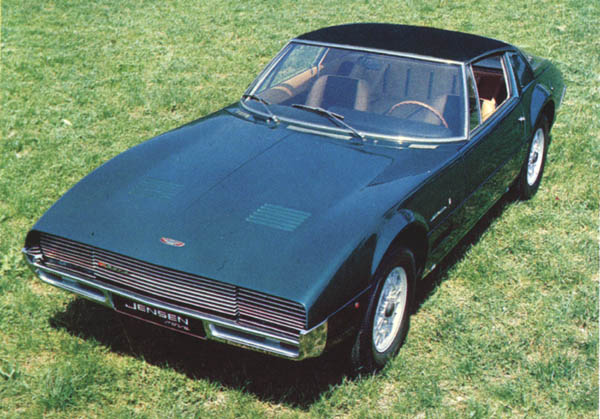 The Jensen Nova photographed for the Italian magazine Style Auto in early 1966.

The finished car, named the Nova by Vignale, was photographed by the Italian magazine Style Auto in February 1967, and then made ready for the forthcoming Geneva Motor Show held in March 1967, where it was given centre stage on Vignale’s stand. 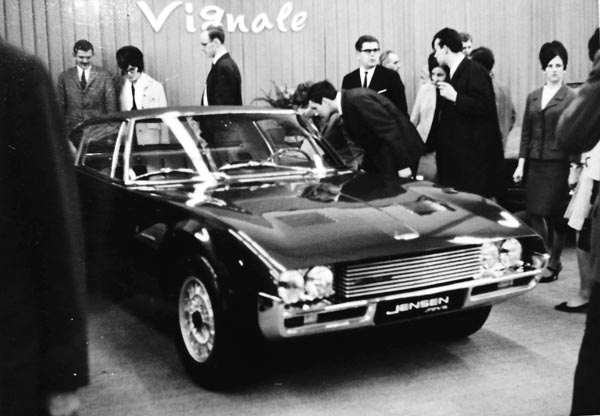 The Jensen Nova was the subject of much interest at the Geneva Motor Show.

The Jensen Nova on the Vignale stand at the Geneva Motor Show in March 1967.

The Jensen Nova looking quite striking at the Geneva Motor Show. March 1967.

Directly after the Geneva Motor Show, the Nova was stripped down, resprayed in an off white cream, and re-trimmed in red leather. Vignale obviously wasn’t entirely pleased with the styling to the rear end of the car, as the styling was modified before being resprayed. Additionally, Jensen Interceptor style stainless steel sill covers were also fitted, along with stainless jack point covers.

The Jensen Nova, now in an off white cream paint. Photographed at the Vignale factory in April 1967.

The re-styled rear-end of the Jensen Nova at the Vignale factory in April 1967. The original rear-end treatment was far more pleasing. 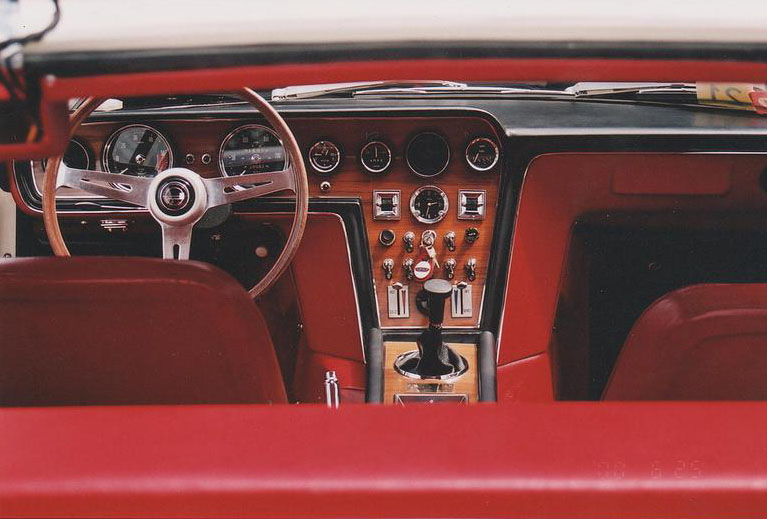 With work turned around inside a month, the face-lifted Jensen Nova was centre stage for Vignale’s stand at the Turin Motor Show held in April 1967. 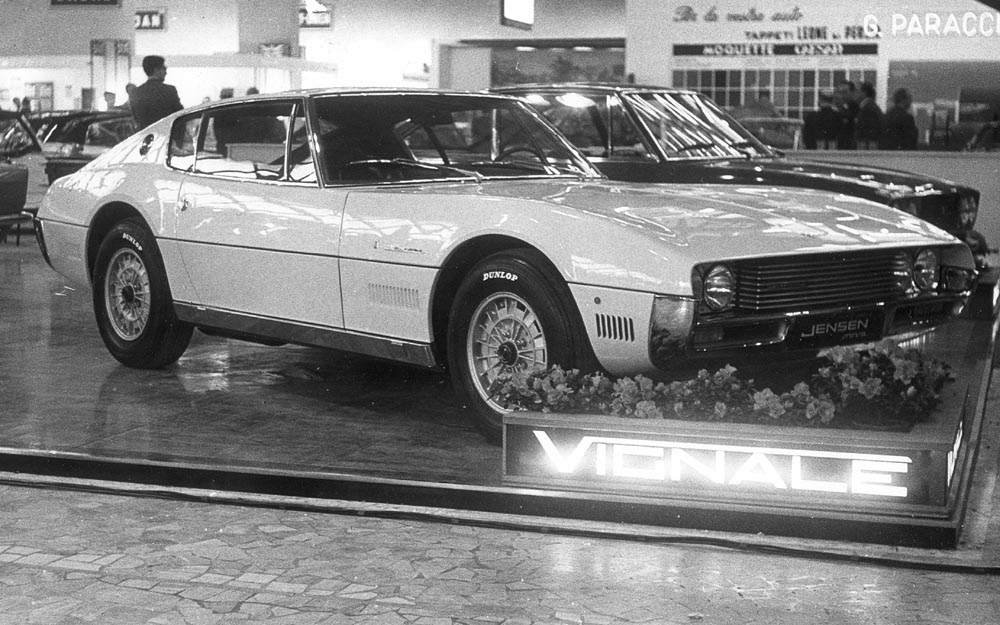 The face-lifted Jensen Nova, now in off white paint, on show at the Turin Motor Show. 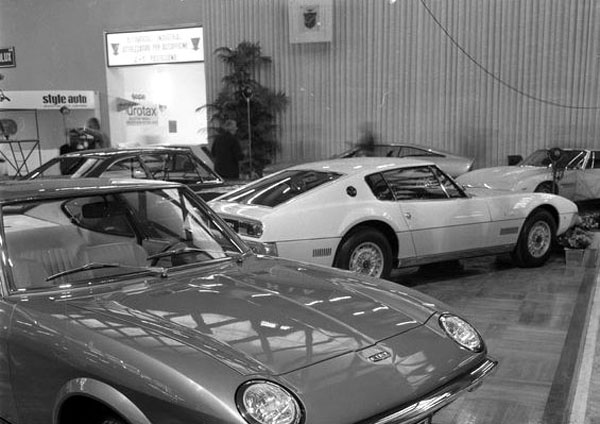 Jensen Nova on the Vignale stand at Turin.

Exactly how long Vignale kept hold of the Jensen Nova isn’t known. However, certainly by November 1967, the car had been sold to the French Jensen distributor, Monsieur Ladouch, of Societe France Motors. The sale to Ladouch is confirmed by a chassis file document dated 7th December 1967, from Richard Graves at Jensen Motors, to Ladouch.

The document informs Ladouch there is no warranty with the Nova, “We must advise you that in supplying a special chassis to Carrozzeria Vignale and in agreeing to allow them to build a special body, we did so with a specific proviso that Jensen Motors would offer no Manufacturers Warranty. You will therefore appreciate that any service or repair work required for the Nova cannot be made the subject of a guarantee claim and this Company accepts no liability for the car. I would be grateful if you would confirm receipt of this letter and acknowledge that you understand its contents.”

The Jensen Nova survives in France to this day.

COPYRIGHTS: All images and text copyright of The Jensen Museum | Han Kamp