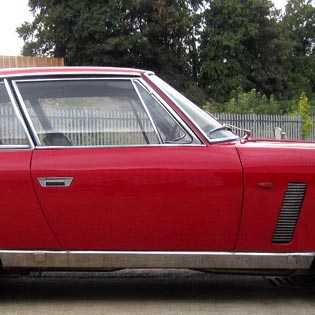 Vignale Jensen Interceptor, chassis 115/2521, was acquired for the Museum collection in 2014. The car, once owned by the famous 1950s racing driver, Noel Cunningham-Reid, was one of the first Vignale made Interceptors from 1966. The Museum looks at the history that is held on the car so far, and hopes that further information on this historic vehicle, might be found.

This Jensen Interceptor is the eleventh Interceptor built by the Italian company, Vignale, on Jensen Motors’ chassis, 115/2521.

Specification was mist grey paint with black vinyl trim (leather being an option at this stage). The car was completed by Vignale in October 1966, and after final check and rectification at West Bromwich, was sold on 9th January 1967. The car was assigned the registration number ‘NUC 453E’.

The first owner was the famous 1950s racing driver, Noel Cunningham-Reid. After retiring from racing in the late 1950s, Cunningham-Reid set up Lexham Motors Limited based in the centre of London.

Although primarily an Aston Martin man, Cunningham-Reid had taken a liking to the new Italian designed Interceptor. An early order had been placed, and he would end up with one of the very first cars coming from Italy.

How long Cunningham-Reid kept 115/2521 isn’t known, and the Museum has yet to find out details regarding ownership of this car between 1967 and 1980. 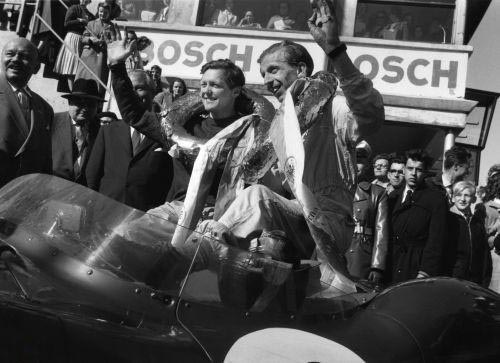 “I first spotted the Interceptor parked on a driveway in the village of Writtle near Chelmsford on the 8th February 1970. A few weeks later I saw it parked in the Boyton Cross Garage near Roxwell (about four miles from Writtle). Throughout the summer of 1970, I saw the Interceptor parked on the same driveway in Writtle. It was on one of these occasions that I had the chance to look at the car close-up, and realised it was an early Italian made Interceptor. Subsequently, I brought my camera, and in July 1970, took a photograph of the car. ” 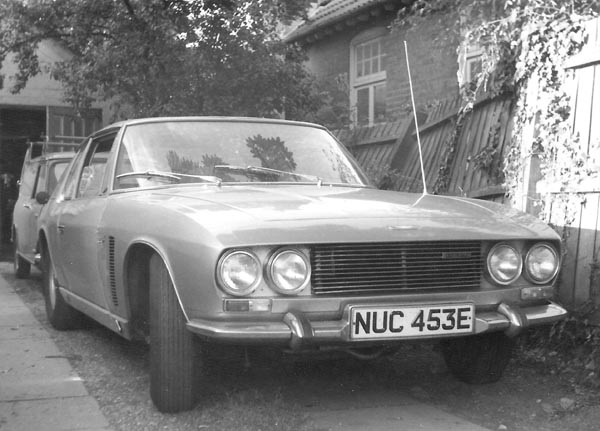 On 2nd January 1980, 115/2521 was purchased by Mr John Thursey from Norwich, He is believed to have owned Crown Road Motors, and only kept the car for some months, eventually selling the car in October of the same year. By the time Thursey had purchased 115/2521, the registration had been changed from NUC 504E, to ORT 407E. As such, it is clear that a private registration had been assigned to 115/2521 at some point in the 1970s.

In 1986 the car was acquired by John White from Stroud in Kent. He joined the Jensen Owners’ Club in 1986, stating he owned 115/2521. However, he never registered the car in his name, and it is not known how long he kept the car.

By 2013, the car was purchased by Anthony Bentley of Classic Cars London, and the following year in 2014, 115/2521 was acquired by Ulric Woodhams for the Jensen Museum. 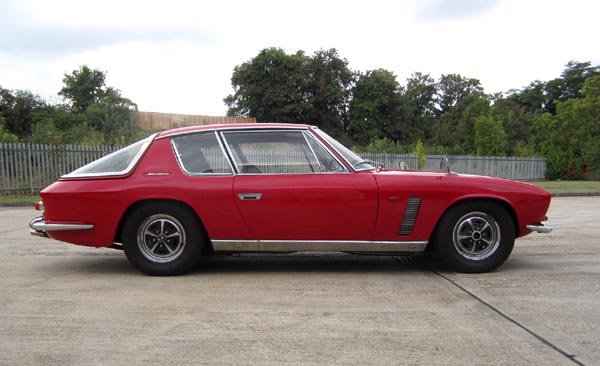 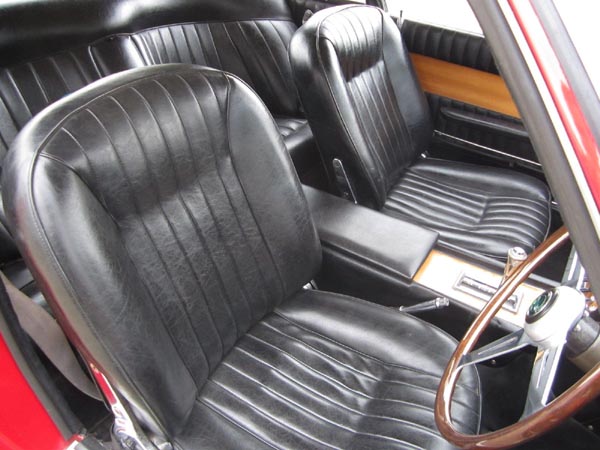 The black vinyl interior trim has survived in exceptional condition. Photograph taken in 2013.

The focus of the Museum is always towards conservation rather than restoration. This is particularly important with any Vignale bodied Jensen. Presently the car is in a stable condition, and remains in the queue for a strip back to metal, and to be repainted in the car’s original factory specification of mist grey.

Body | chassis: The car is of sound structure with little rust in evidence.  The Museum’s plans are for the car to have the red paint removed, back to metal, to conserve all original metal where possible. To have the car repainted back to its original mist grey.

Mechanics: There has already been ongoing work to remove modifications and revert mechanics as close as possible to 1966 specification.

Interior: The original black vinyl trim and black carpet is still in place. The condition is particularly good. The Museum intends to deal with the interior from a preventative conservation method, rather than undertake any physical restoration.