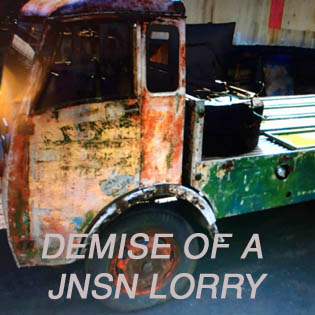 Approximately 550 JLC (Jensen Light Commercial) lorries are thought to have been manufactured between 1947 and 1950. Today only about 1-2% are believed to have survived. In part this was due to the special alloy chassis, which meant these lorries had a high scrap value. JLC lorry, chassis number 3133 / 289, survived as a complete entity until 2017, but due to its poor state of preservation, it was decided to use the lorry as a parts source. The Museum explores the history of JNSN lorry 3133 / 289. 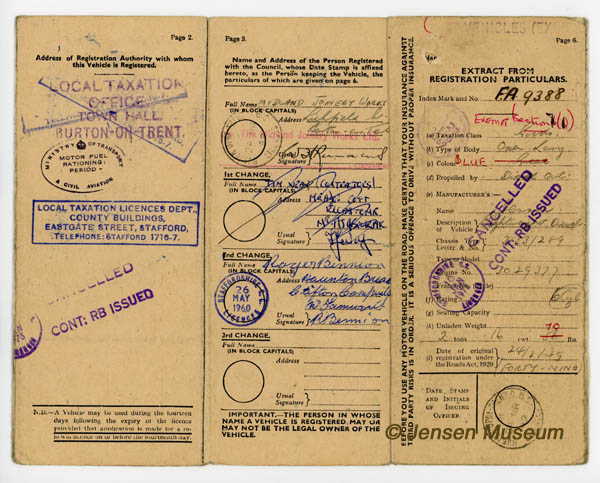 The buff logbook for JNSN lorry 3133 / 289. The Midland Joinery Company showing as the first registered keeper.

The buyer was the Midland Joinery Works Co. based in Burton-on-Trent. The cost of the completed lorry in primer was £2,719.8.6. with Purchase Tax. JLC lorries were not particularly cheap against the competition, however, they had many advanced features, and could generally carry greater loads than its competitors.

Painted blue for the Midland Joinery Works Co, the lorry was immediately put into service carrying timber loads. The Company kept 3133 / 289 in service through until 1960.

On 26th May 1960, the lorry was sold to Roger Bennion, of Haunton Manor Farm, Clifton Campville, Tamworth. Bennion kept 3133 / 289 until April 1987, by which time it changed hands again. The new owners were John Smith Ltd, based in Melbourne, Derby. The Company were solid fuel merchants, so the lorry was obviously going to have another hard life under their ownership.

Exactly how long John Smith Ltd kept 3133/289 in service isn’t currently known, however, Jensen historian, Richard Calver, believes this was one of four JNSN lorries left semi-derelict in a field, and was later purchased by Jensen lorry enthusiast, Ray Horton. He in turn sold the lorry on to lorry enthusiast, Derek Lowther. As with Horton, Lowther left the lorry in its complete state, but did not attempt a restoration.

During 2017, Kenny and Ray Walsh, well known restorers of lorries and commercial vehicles, went to view the JLC lorry with the possible idea of taking the vehicle on as a restoration project. Viewing the lorry, they found the special aluminium chassis was severely corroded.

Their conclusion was that 3133 / 289 was only justifiable as a spares source. The Walsh brothers had already sold a fully restored Jensen lorry (see our feature https://www.jensenmuseum.org//jensen-jnsn-freighter-prototype-restoration/).  A quick telephone call to the new owner of their lorry, found a buyer for 3133 / 289 as a spares source. The cabin chassis and information plates, along with the original buff registration book from 3133 / 289, were donated to the Museum in 2017. 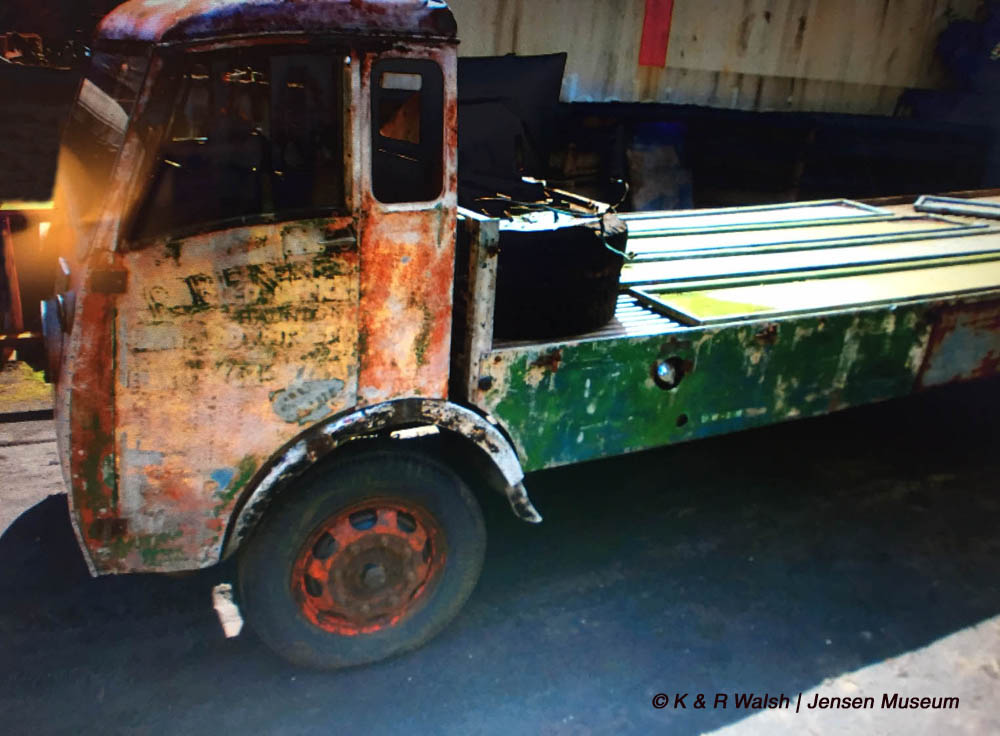 JNSN 3133 /289 photographed by Kenny Walsh in 2017. The R.Bennion name & address can just about be seen to the cabin door. Small elements of the original blue livery are also visible.

Interior view of 3133 /289. The Perkins engine visible with the engine cover removed. 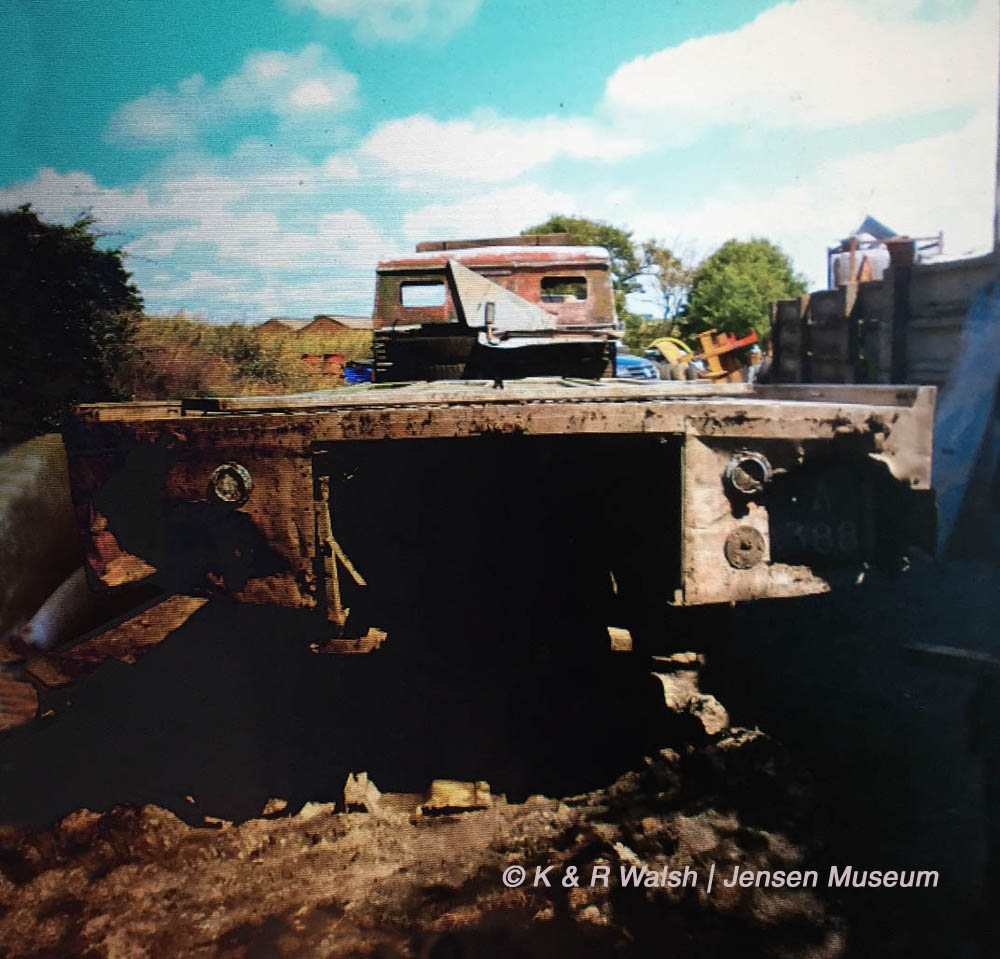