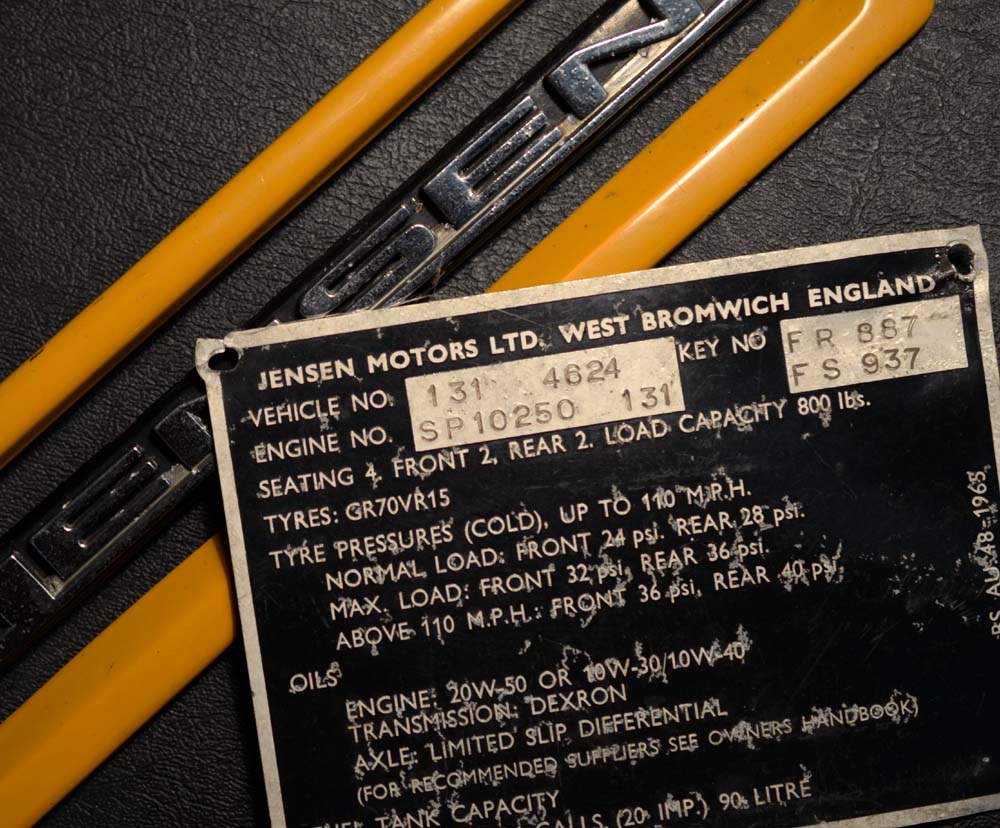 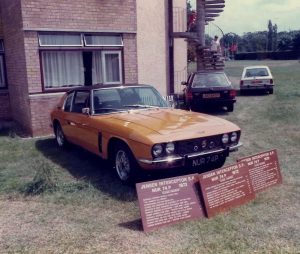 Jensen SP 131/4624 with a specification of colorado yellow and black trim, left the factory in 1972. By the middle 1970s the car had been acquired by Jensen enthusiast, Peter Sbardella.

He immediately set about bringing the car up to concours condition, and became a well known entrant to the Jensen Owners’ Club concours.

During the 1970s / 1980s, Sbardella won the coveted President’s Cup on more than one occasion.

Sbardella sold the SP at the end of the 1980s, at a time when classic car prices were at their height. However, this had also coincided with an issue over marking at a concours. Sbardella wasn’t happy with the result, and believed he should have taken first place. 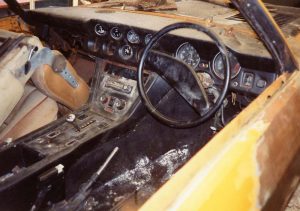 This issue, along with the expectation of a high achievable price, put Sbardella in the frame of mind to sell.

Sbardella’s daughter, Lisa, mentions that his mother was also in poor health at this time, and more time was spent looking after his mother. Possibly it was a combination of all these factors that led to the SP being disposed of.

A publican acquired the Jensen SP from Sbardella, using the concours car as everyday transport. At the beginning of the 1990s, the Jensen SP caught fire, quickly engulfing the engine-bay. The car was written off for insurance purposes.

The remains of the Jensen SP were later sold, the new owner believing he would restore the car. The restoration never took place, and 131/4624 was scrapped in the early 2000s.

One of the rear vent sections, along with the cubby chassis data plate, were kept as mementos, eventually being denoted to the Museum collection.

For the Museum, the items cross over two areas of interest, firstly as surviving artefacts from a rare and famous car no longer in existence. Secondly, as a source of paint sample, with the rear vent section surviving with factory colorado yellow paint.