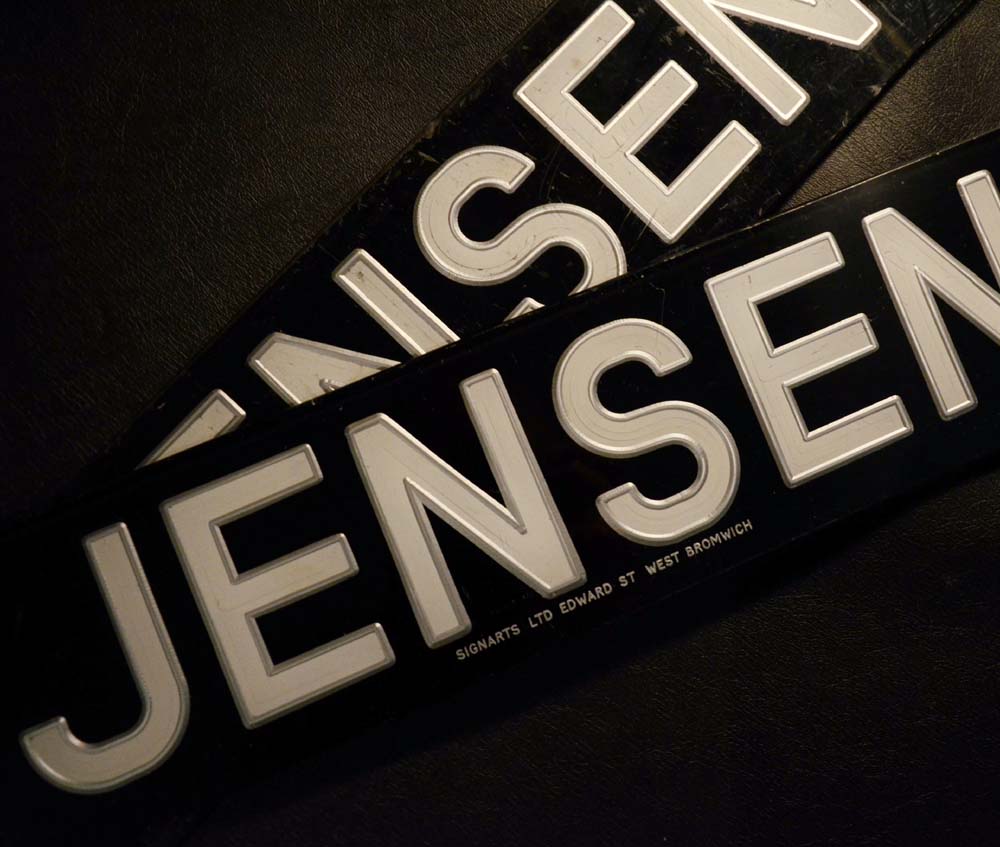 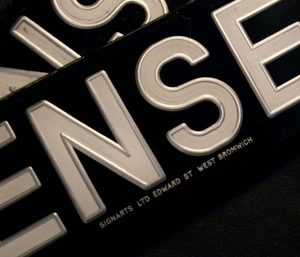 A pair of Jensen Motors publicity plates, manufactured by the West Bromwich firm, Signarts Ltd. This style are known to have been in use between 1969 and 1976. The pair of Signarts plates held in the archive, remained with Jensen Parts & Service Ltd, after the demise of Jensen Motors in 1976. Later they were sold to an enthusiast, until being acquired for the Museum collection in 2015.

One plate remains in overall excellent condition, and the other has sustained damage to one end at some point in its life. Size of plate: 51cm x 10.7cm with curved corners.

Signarts manufactured their plates in a unique way, which apparently cannot be replicated today, without uneconomic tooling. The plate designation is finished with an almost smooth silver-aluminium centre, and with a raised outer lip which has a more polished look. The engraving work is undertaken typically from behind, and so the obverse acrylic material is smooth. Signarts Ltd placed their name and address directly under the main designation at a size of 4mm. Searches suggest that the Signarts company from West Bromwich is no longer in existance, although there are companies registered with that name in both Ireland and New Zealand.

As with many motor manufacturers, Jensen Motors had publicity plates made up to fit onto vehicles for either photo shoots for brochures, or for motor show exhibition. 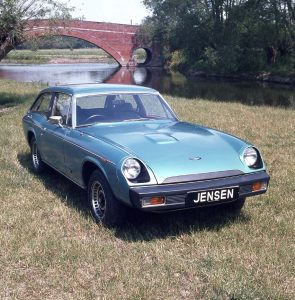 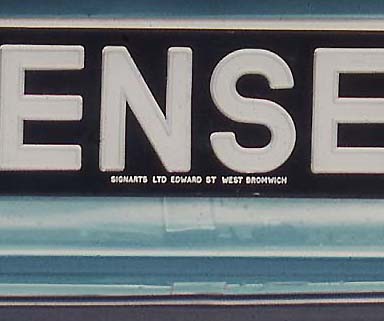 Close-up of the Signarts publicity plate used on the prototype Jensen GT. 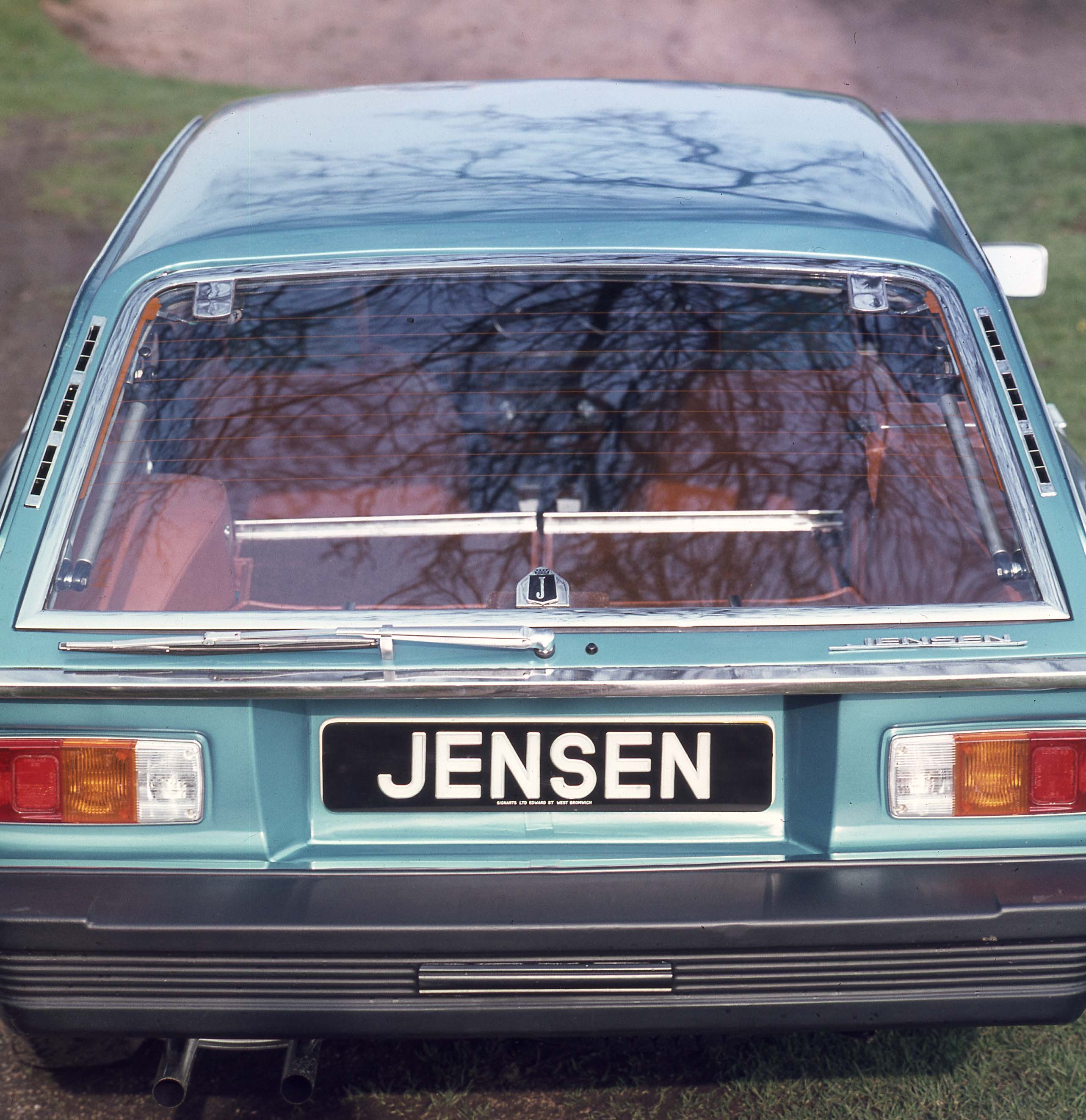 View of the Signarts plate to the rear of the Jensen GT. 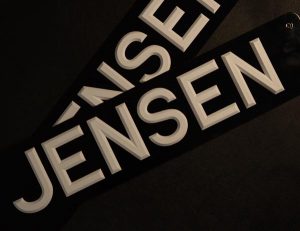 Early plates from the pre-war, and post-war periods were made in the traditional form with initially cast aluminium letters and numbers affixed to a black painted aluminium plate, and a form of plastic / resin letters & numbers later. These were used by Jensen Motors up to at least 1966 / 1967. The next form of publicity plate was the so-called silverline, or mirrorline (both names were used for this style of manufacture). The silverline / mirrorline plate has the designation made with a series of silver-aluminium lines on black.