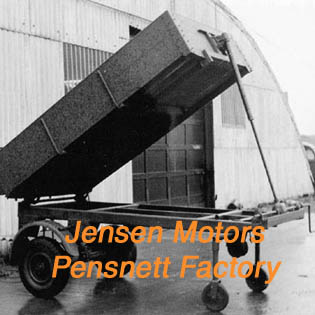 The Pensnett factory (works) at Kingswinford, concludes the series of three features about the Jensen Motors factories. Swiss Jensen Car Club Secretary, Felix Kistler, has researched the three factories, and; together with various photographs and drawings; gives us a unique insight to the various areas of use within each factory.

Kistler hopes that viewers might have further information that can help complete the various working areas of each factory. Kistler’s work provides a valuable resource for anyone interested in the workings of Jensen Motors. However, as Kistler states, the Pensnett Works was the hardest of the factories to research. Few images exist of the works, and so far he hasn’t managed to find any interior images.

With post-war demand for light commercial vehicles high, Jensen Motors were concerned that the Carter’s Green works would run out of room. So, in 1947, the Company took out a lease on premises at Campbell Street in Stoke-on-Trent. With George Riekie brought over from Carter’s Green as Works Manager, production of the Jen-Tug was undertaken at the Stoke-on-Trent works. 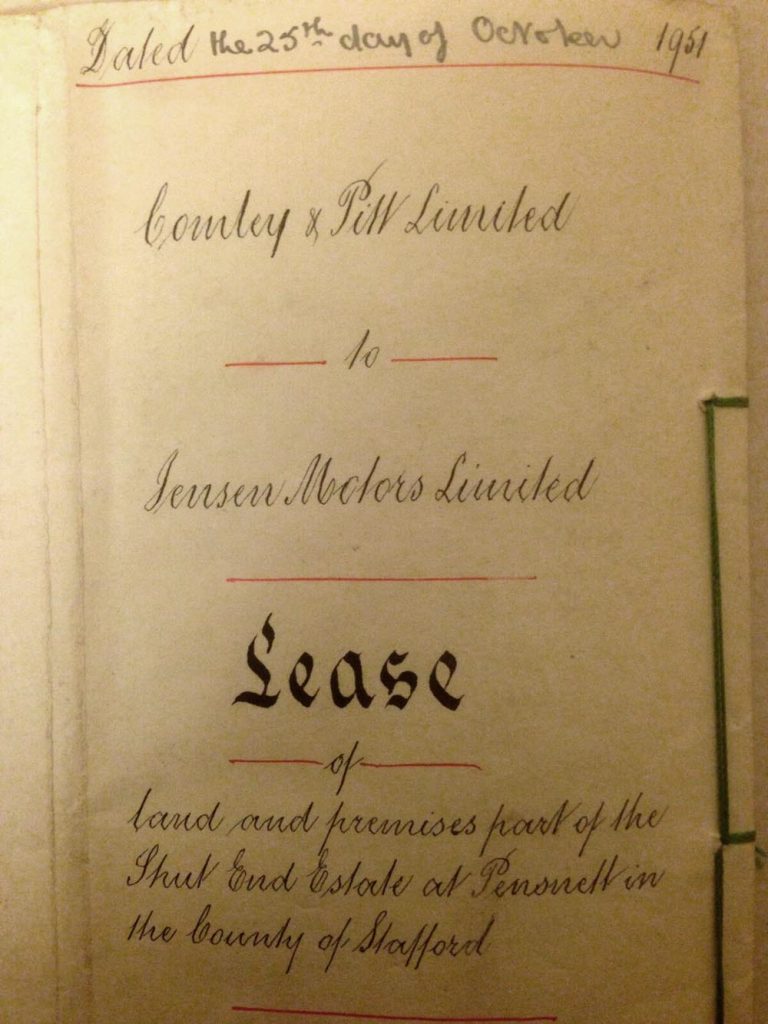 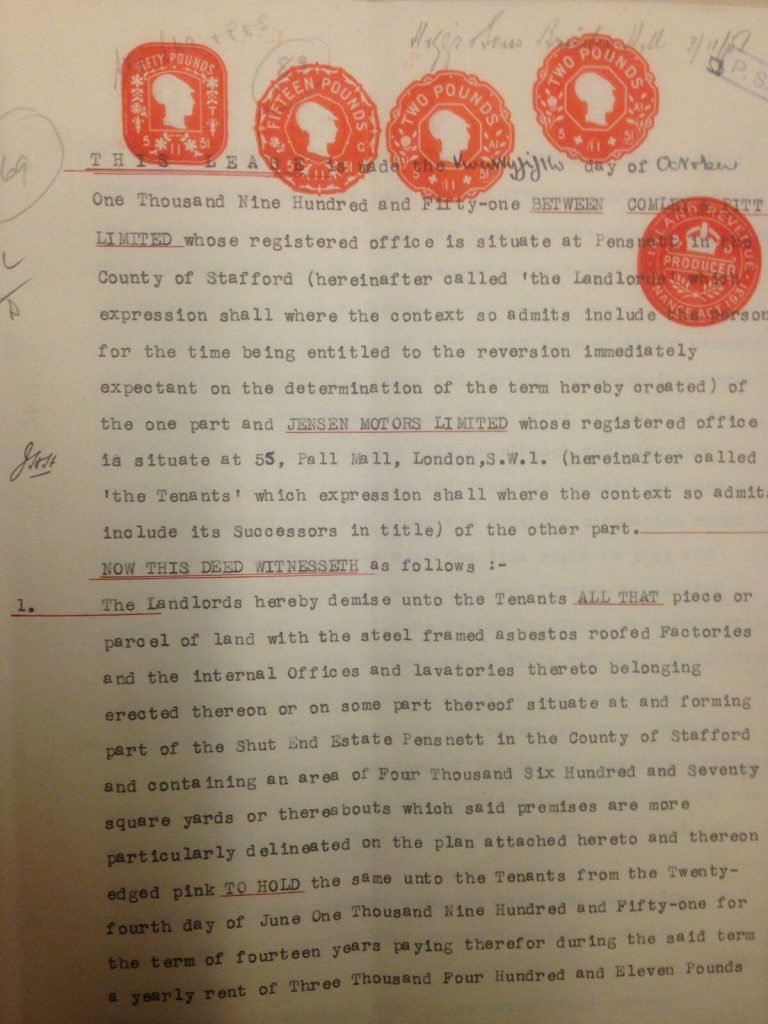 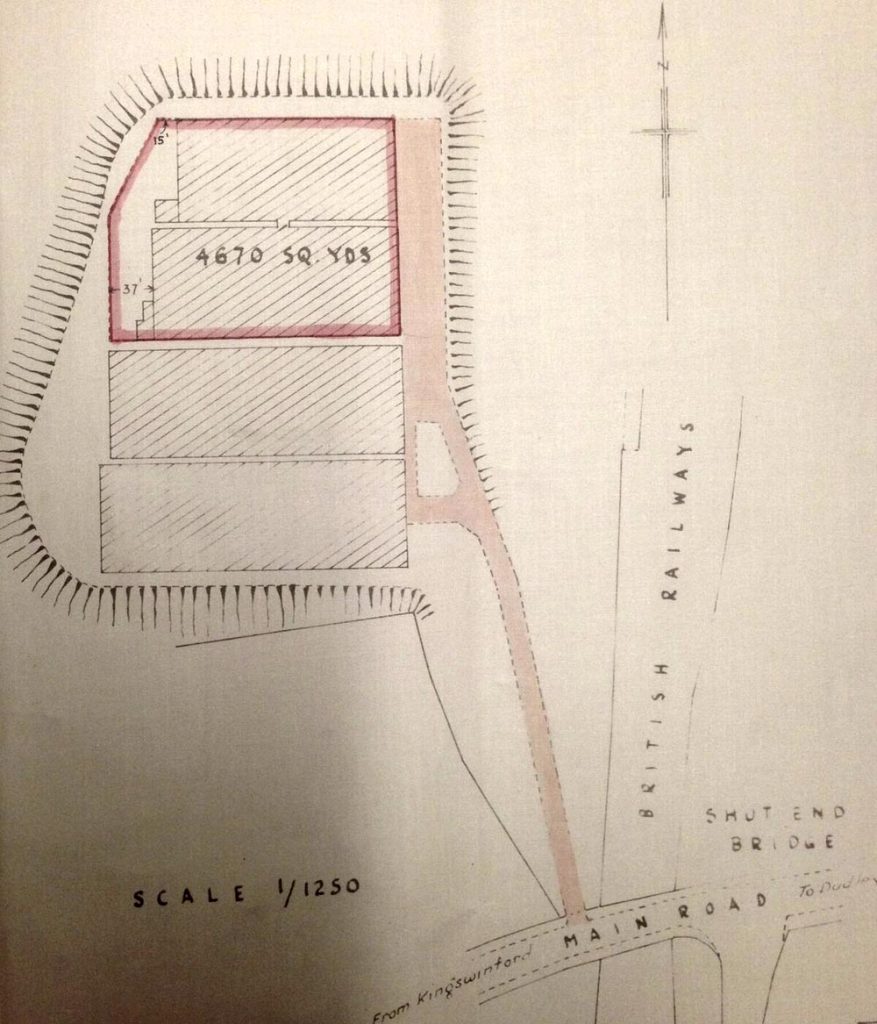 This was only ever going to have been a short-term leasing , as a more permanent factory was going to be at Pensnett, Kingswinford. By 1951, the Pensnett works was ready for Jensen Motors to move into, and production of the Jen-Tug came over from Stoke-on-Trent. Riekie also moved over as Works Manager. 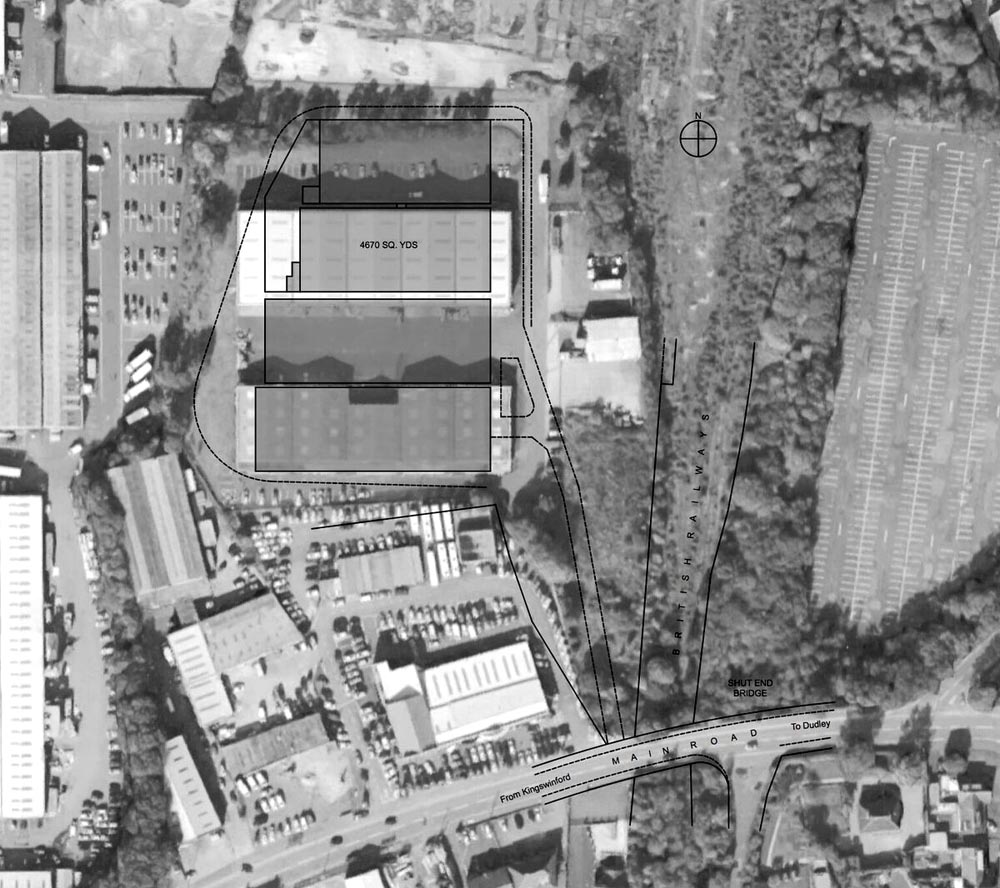 Left click to supersize. Aerial view of the Pensnett Trading Estate (2016), with a superimposed outline showing the original Pensnett works.

The original Pensnett site photographed from the air in 1950, just after initial completion. Jensen Motors would move in during the end of 1950, beginning of 1951. 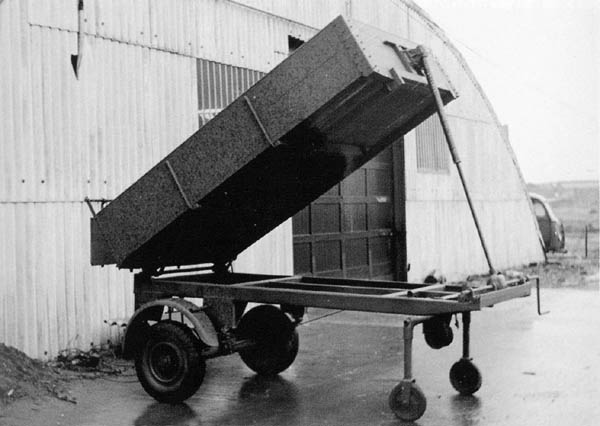 One of the hangers at the Pensnett works. A ‘Tipper-Trailor’ stands outside. These were used with the Jen-Tug.

The move to the Pensnett works was timely, as Jensen Motors had just received a large contract to build Austin A40 Sports bodies. An assembly track was set up at the Pensnett works, and during 1951, production of A40 bodies started.

Towards the end of the 1950s, commercial vehicle manufacture dwindled. Couple with that, the large factory complex at Kelvin Way, which had been built between 1954 and 1958, and it was understandable that the Pensnett works at Kingswinford would close.

REQUESTS: Do you hold images of the Pensnett Factory, Kingswinford, either exterior or interior. If so, we would very much like to hear from you.