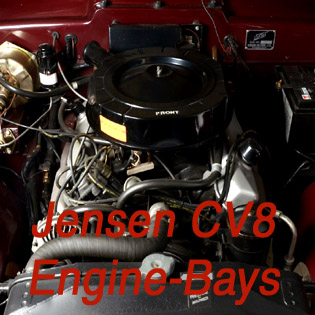 The quest for originality can be demanding, particularly when correct detail is important. One feature of a Jensen which takes time and expertise to get just right, is the engine-bay. Many decades have elapsed since the cars were first built, and in that time all manner of detail may have been changed. The engine-bay of the Jensen CV8 incorporated various changes during the evolution of the model from MK.I through to MK.III.  The Museum looks at the detail of a Jensen CV8 engine-bay.

Overview of the Jensen CV8 engine-bay

The Chrysler 5.9 litre 361cu in V8 ‘Golden Commando’ engine was fitted to the CV8. The engine came over from Chrysler to Jensen Motors painted in Chrysler torquise. Once at Jensen, they stripped off all the ancillaries, and sprayed the engine black. The engine had a Carter AFB carburetter. A large metal silver finished air-can with twin snorkels sat on the carburetter’s top.

The braking system includes a Lockheed servo, along with Dunlop dual piston calipers. As much as this system was praised in its day by Autocar testers, they did put in the caveat that they would have preferred independant hydraulic circuits for front and rear braking. It took until the launch of the MK.III before Jensen did precisely that. 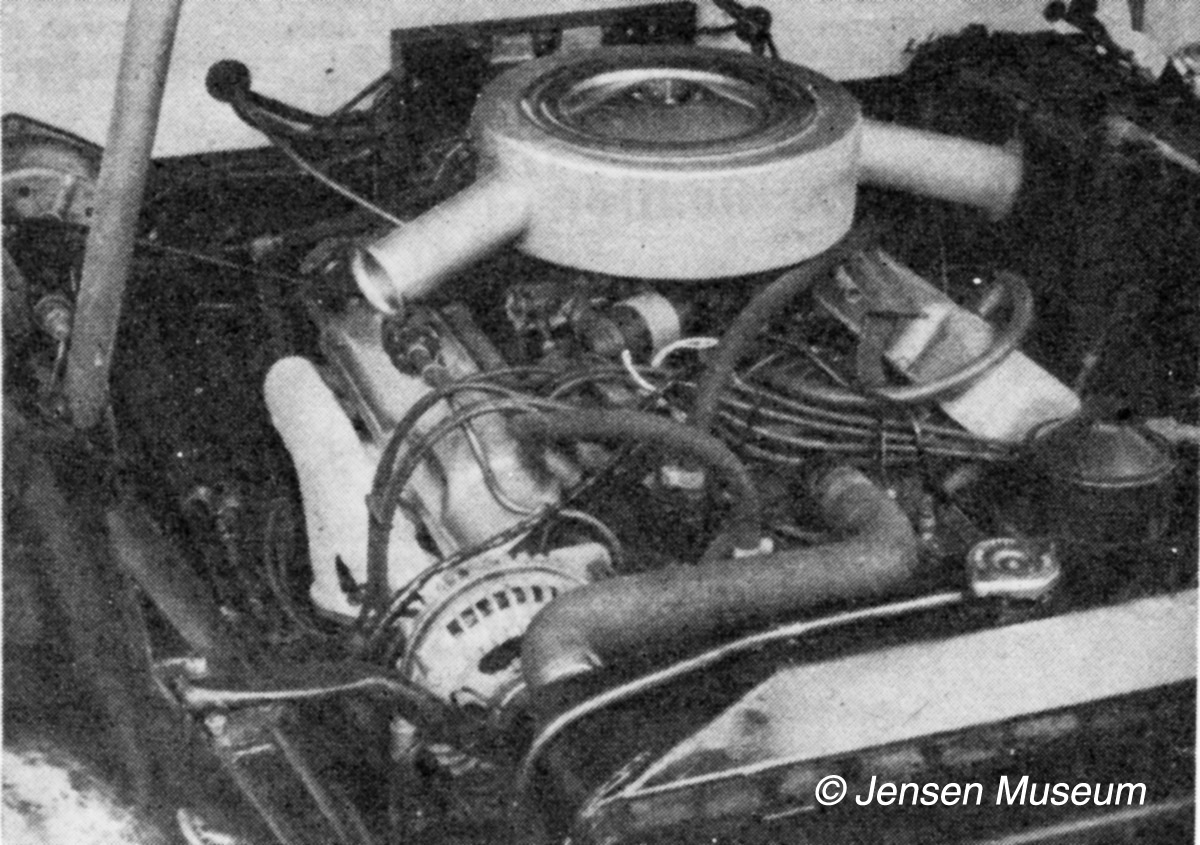 Engine-bay of the CV8 prototype JM/EXP/106, photographed in 1962, just before the model’s launch at the 1962 London Motor Show. 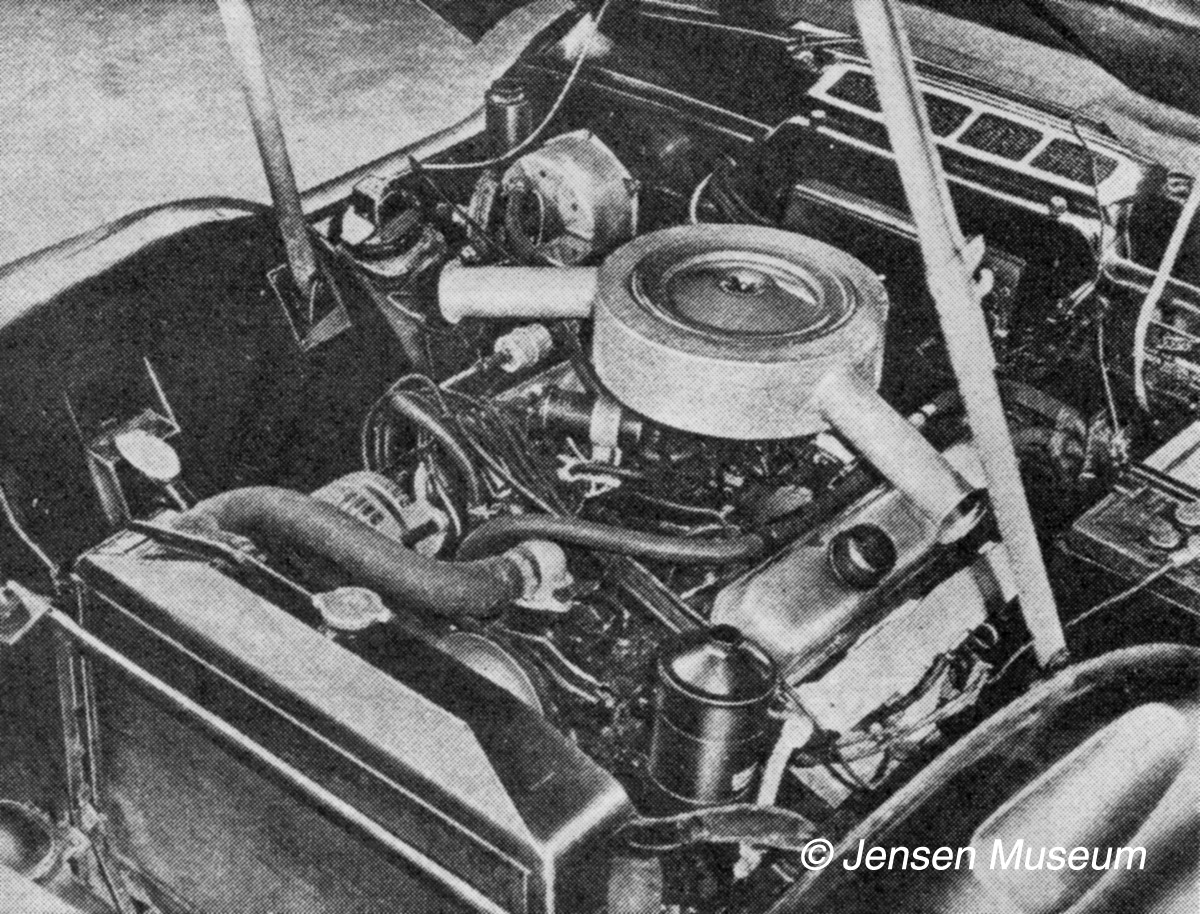 Engine-bay of the CV8 prototype JM/EXP/106, photographed in Spring 1963. By this time the car had been colour changed from white to red. The relay box fitted to the bulkhead now had a black plastic cover fitted, and a formal Jensen Motors chassis plate has also been fitted to the bulkhead just by the battery. Also of interest is the oil filter cannister, which has the Mopar oil filter label visible. 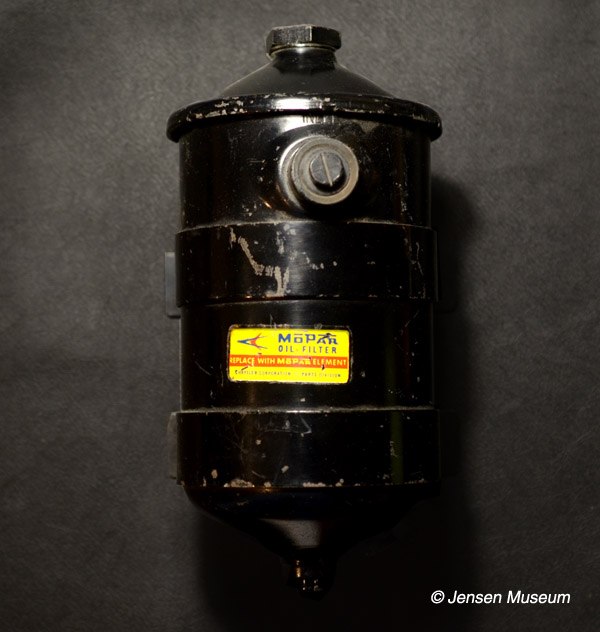 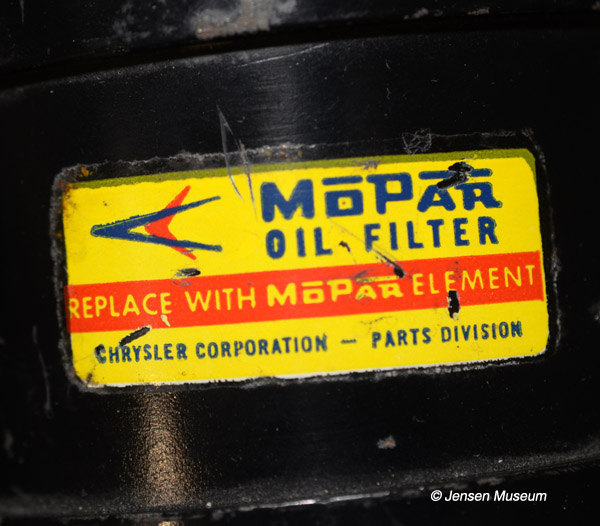 Detail of the Mopar oil filter label attached to the metal oil cannister. The label is approximately 5cm x 2cm in size. 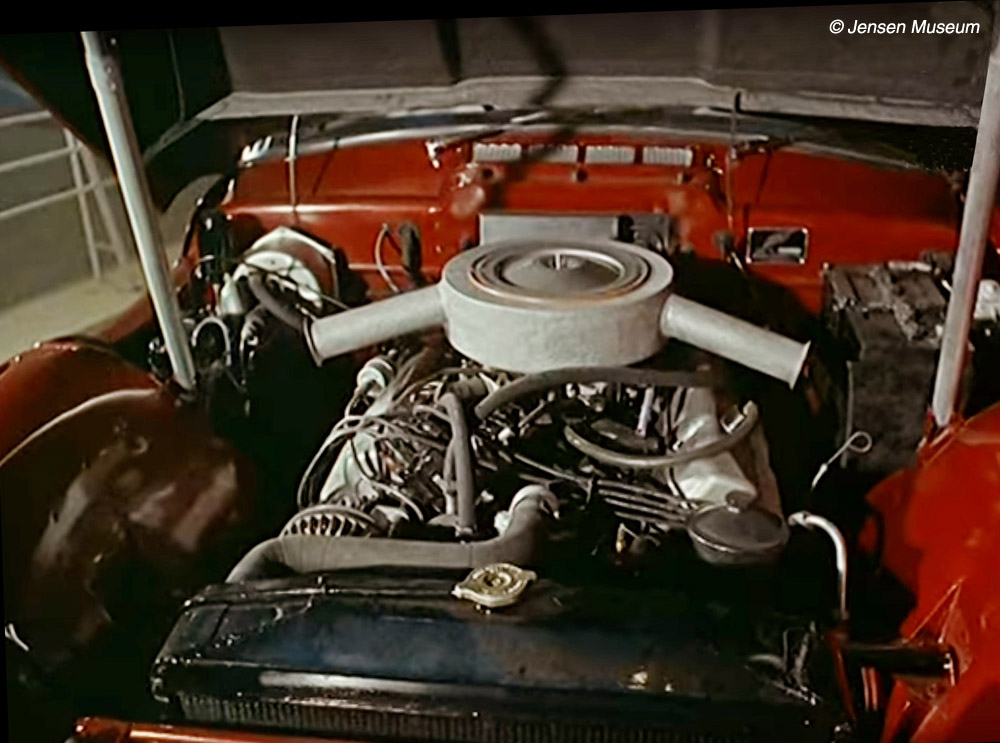 Engine-bay of 104/2001 at the 1962 Earl’s Court Motor Show. This photograph shows the layout for the Mk.I CV8. Note also, the bulkhead upper and lower finished in red paint. 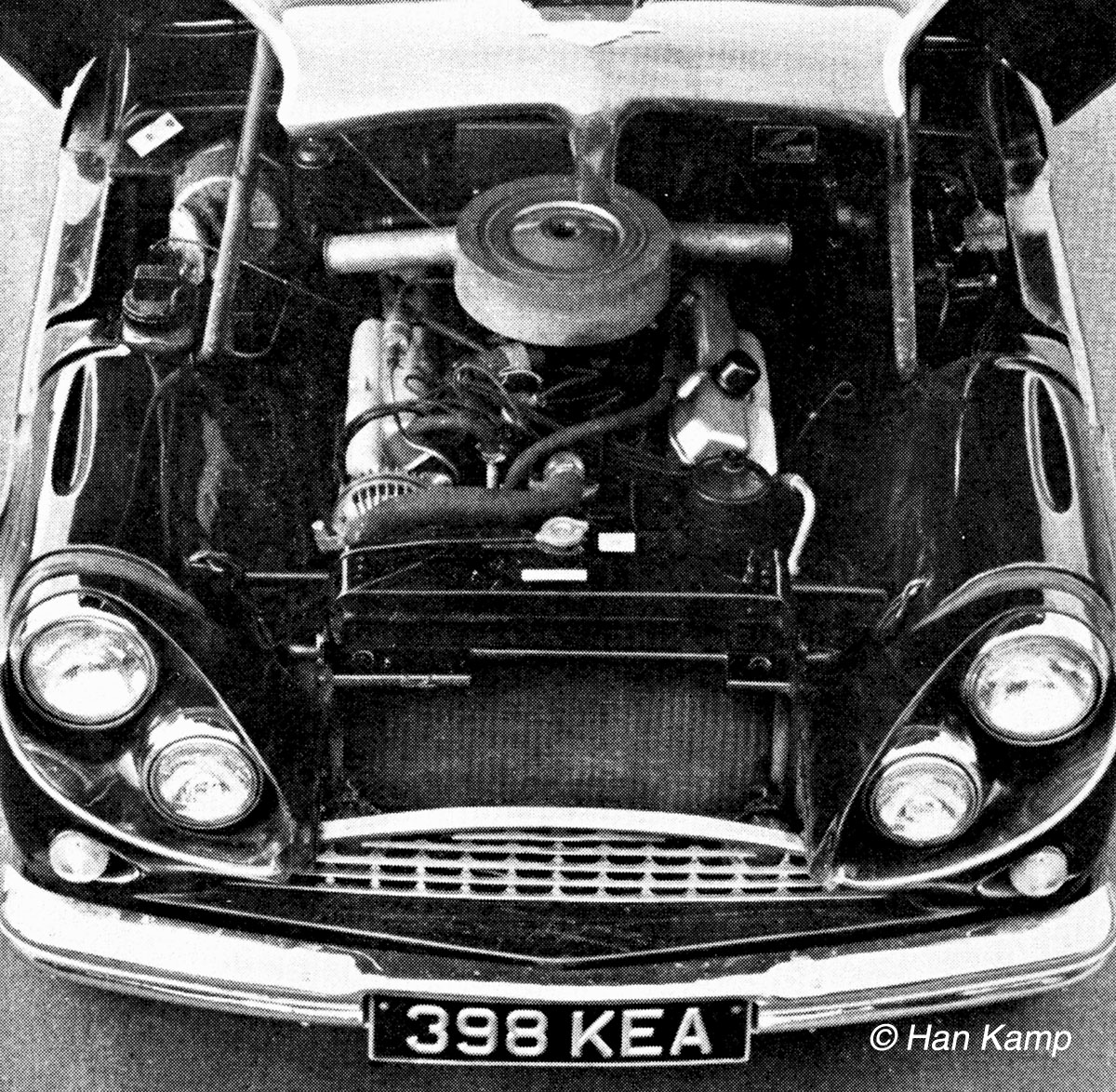 CV8 Mk.I chassis number 104/2028. An excellent overview of the MK.I engine-bay. Clearly seen on the radiator is the warning label, and anti-freeze label.

Overview of the CV8 MK.II

In January 1964, a larger capacity engine was fitted to the CV8. Chrysler’s 6.3 litre 383 cu in V8 would take over from their 361 cu in engine.The 383 engine had a larger bore size and a higher performance camshaft. As with the 361 engine, they came over from Chrysler to Jensen Motors painted in Chrysler torquise paint. Jensen stripped off all the ancilaries and sprayed them black. With the Mk.II, and the fitting of the 383 engine, a change of air-can took place. Now it was a metal air-can painted in black, and with a single circular snorkle. Of note is the fact that this air-can did not have a breather pipe attached from the air-can to the rocker-cover. 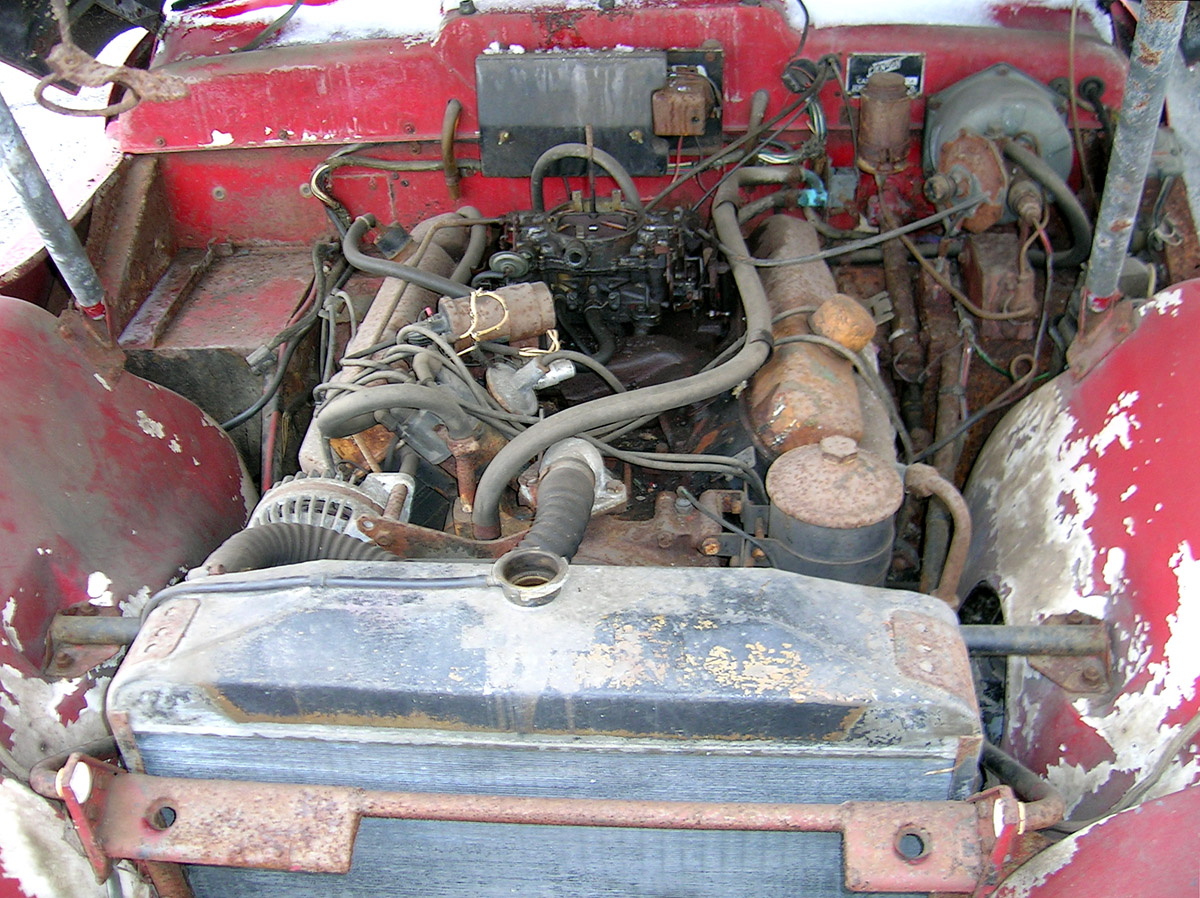 Engine-bay of the left-hand-drive MK.I CV8 106/2135. The car had remained off road since 1969, and as such at the time this photograph was taken, remained particularly original. Of note are the battery and brake areas around the bulkhead.  The body colour extends down to the battery and brake sections. As those sections drop down, they are painted black. Additionally the bonnet bar forward of the radiator can be seen, which is painted in body colour. 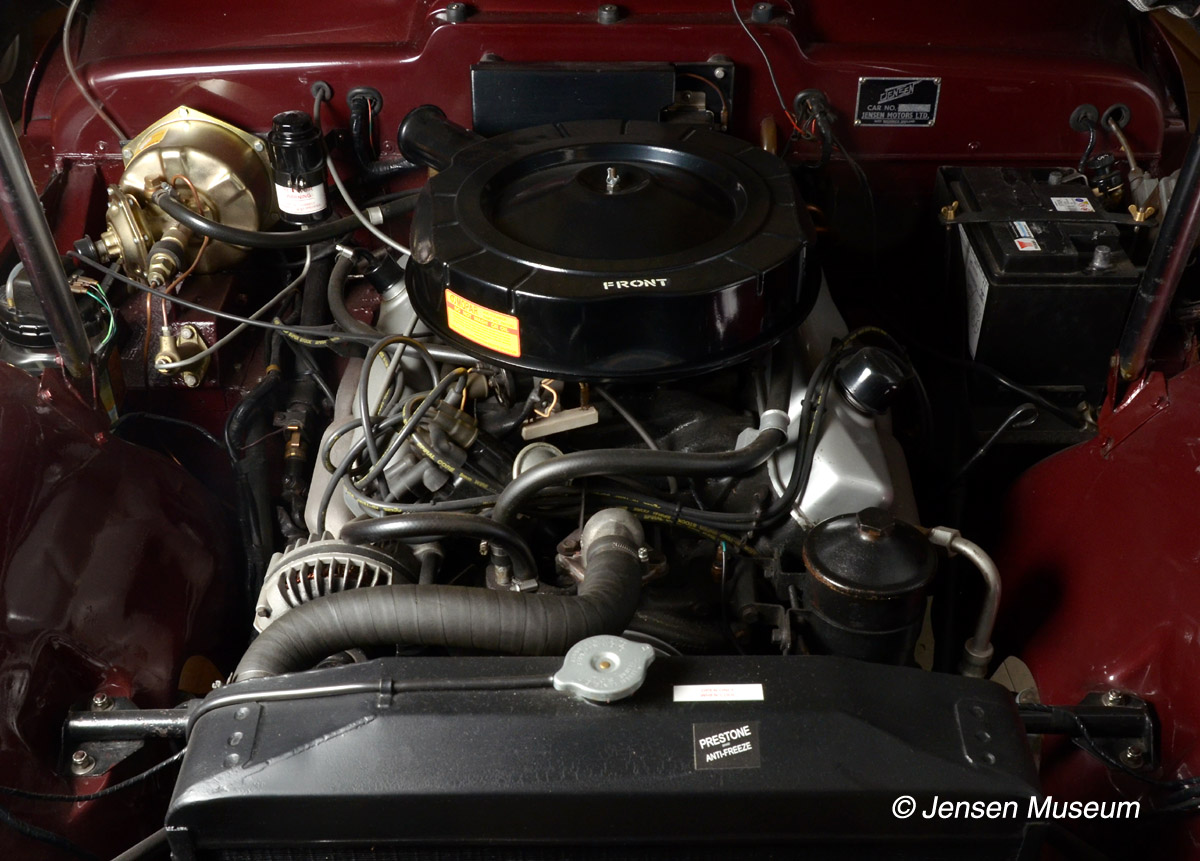 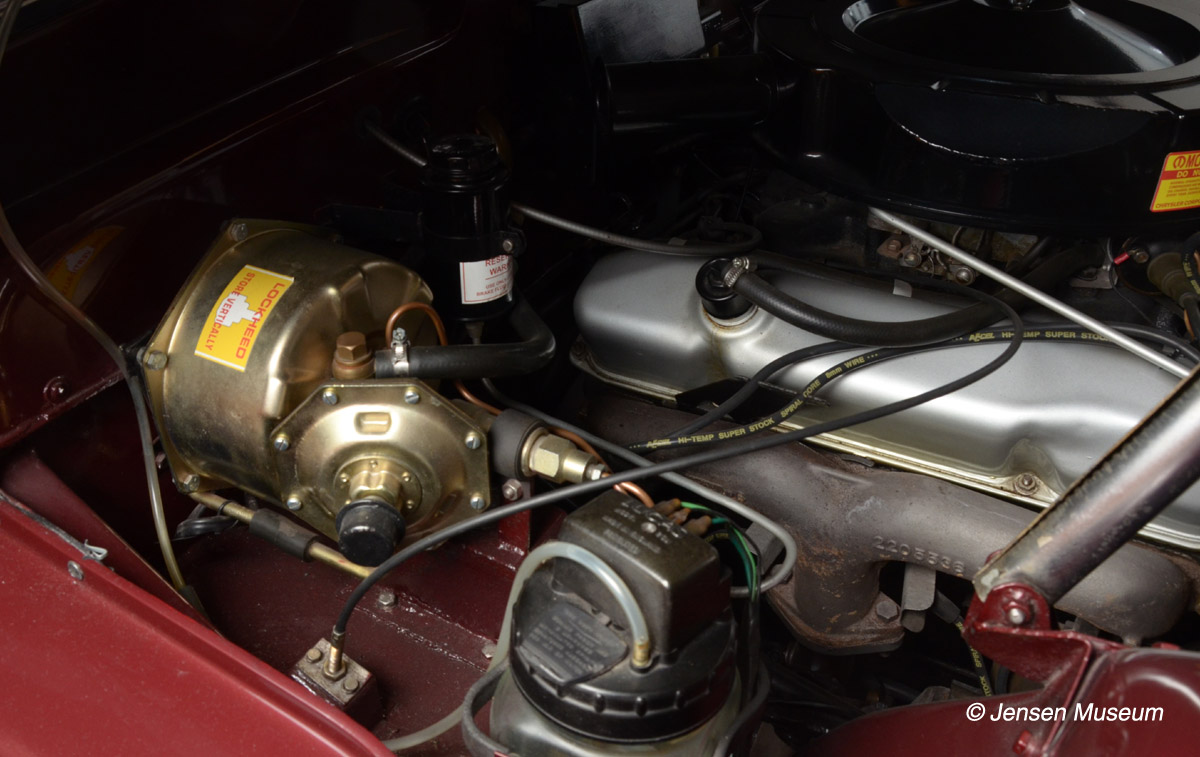 View of the 104/2200 engine-bay taken from the driver-side, and showing the Lockheed servo arrangement. 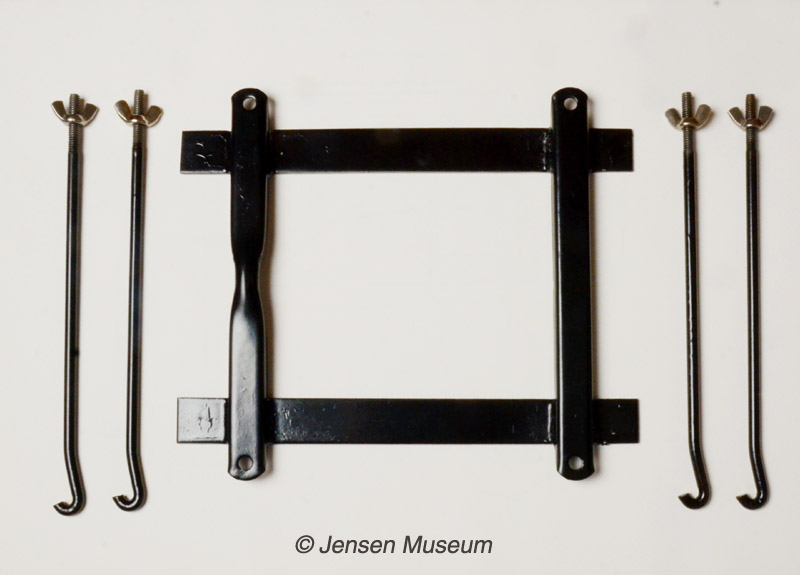 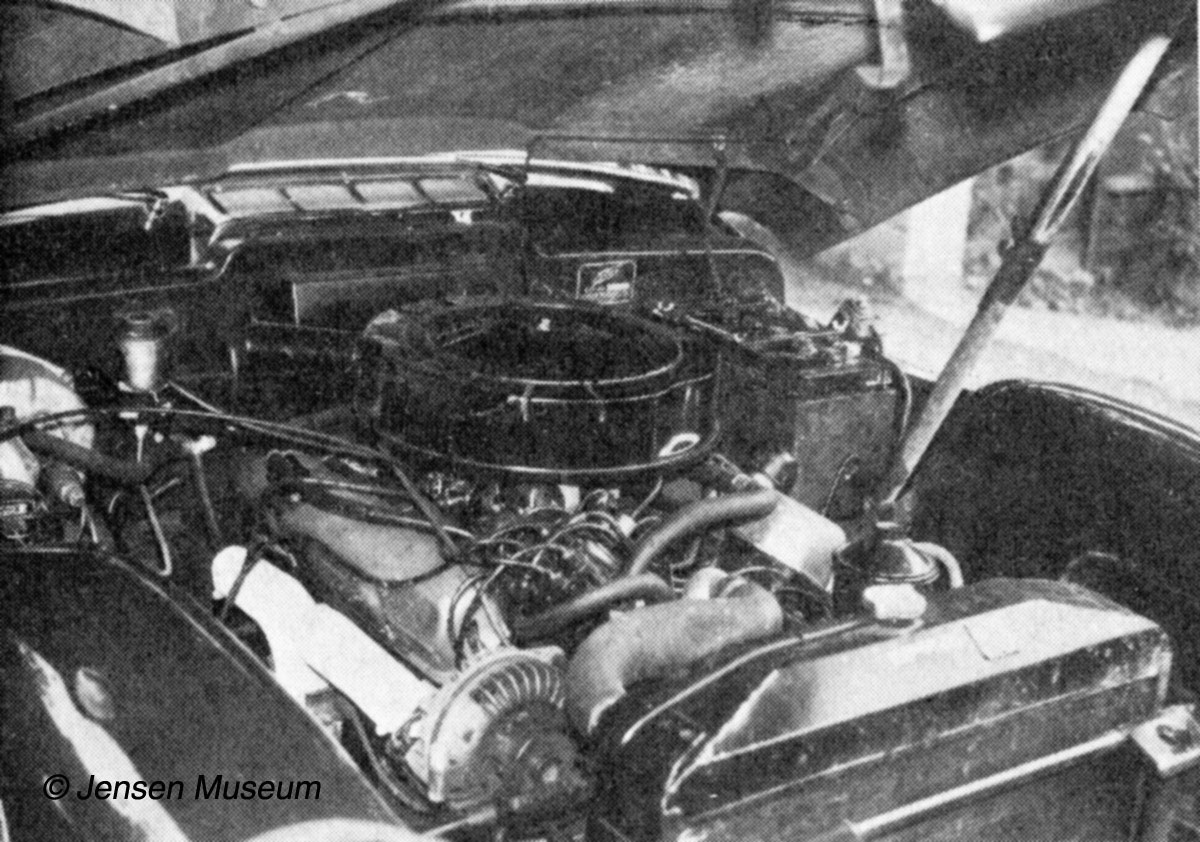 Engine-bay of CV8 Mk.II chassis number 104/2258. This January 1965 manufactured car had just one bonnet lift, which Jensen Motors carried through to the MK.III. The unique CV8 battery clamp can also be seen in position. 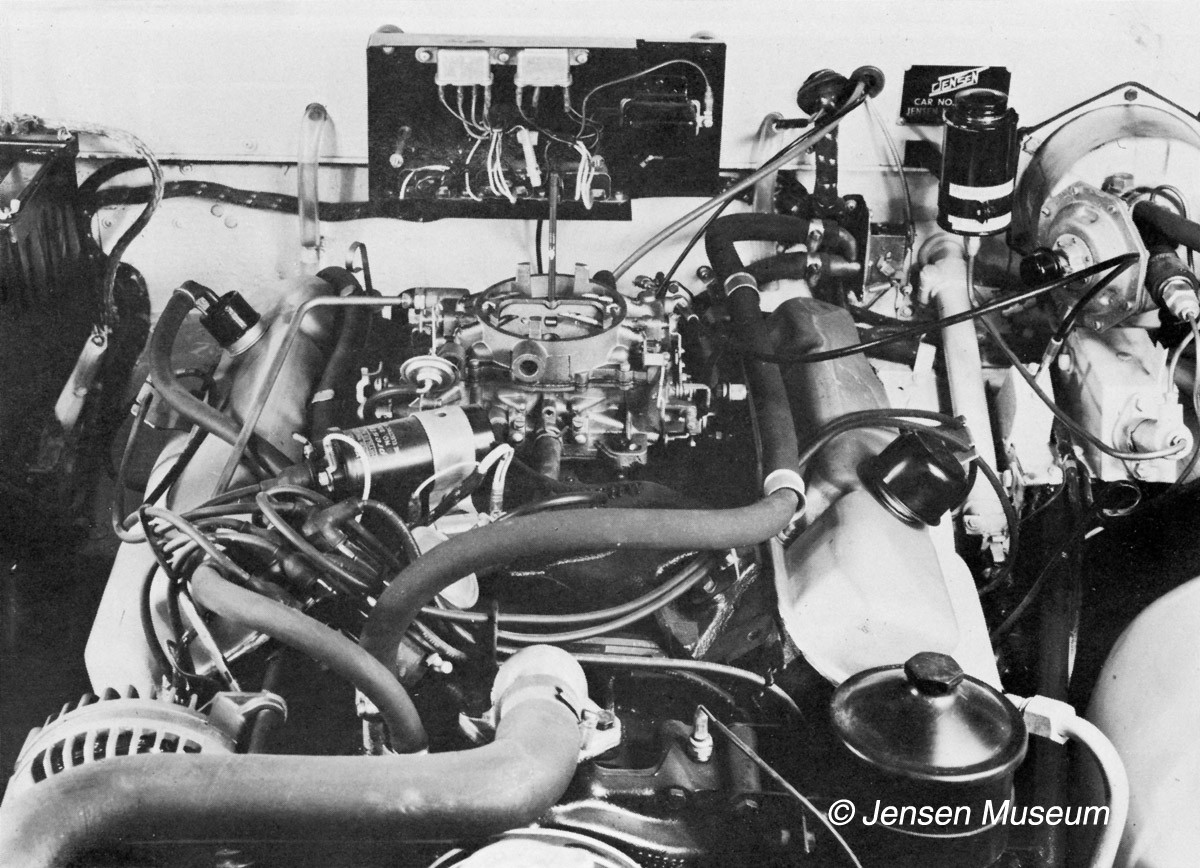 Factory photograph showing the engine compartment of a LHD MK.II CV8. The black plastic cover for the relay box has been left off (presumably to show the relay layout). Without the air-can present, makes this a very useful aid to the engine layout.

Overview of the CV8 MK.III

Chrysler’s 383 cu in V8 continued to be fitted to the new CV8 Mk.III. A Smith’s fan motor potruded from the centre of the bulkhead to improve interior heat and ventilation. As a result the main relay box was moved to one side of the motor.

The Lockheed servo was now discarded in favour of the Dunlop servo and master-cylinder, with a seperated back and front system. The single brake reservoir tin was also now discarded for two white plastic brake reservoirs. The black finished air-can now had a rubber breather pipe across to the left-hand rocker-cover. 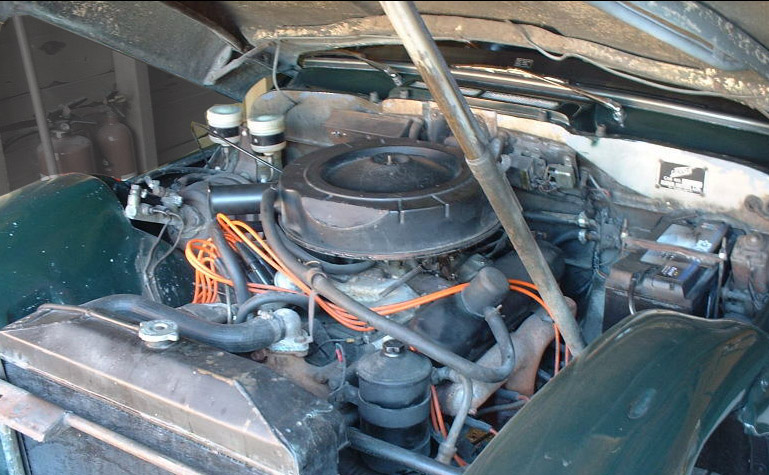 Engine-bay of CV8 MK.III chassis number 112/2487. Clear changes from the MK.II are a Smiths heater fan to the centre of the bulkhead, and the relay panels moved to each side. The MK.III also had improved brakes with a Dunlop servo / master-cylinder, and dual reservoirs giving a split feed to back and front. The single bonnet lift was also carried through on MK.III cars.

REQUESTS: We are looking for period photographs showing the CV8 MK.III engine-bay, to use within this feature.