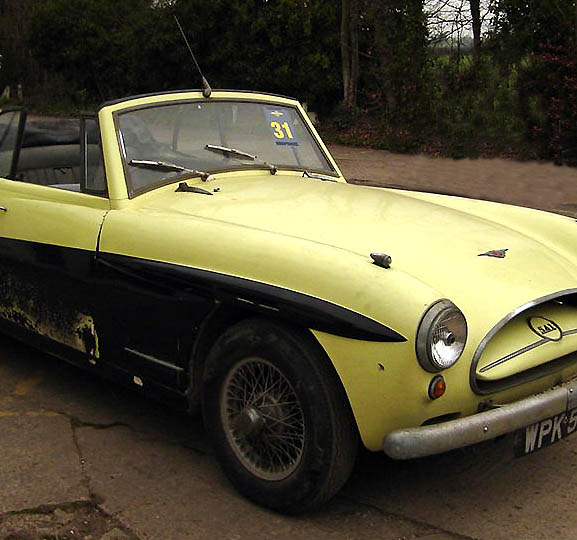 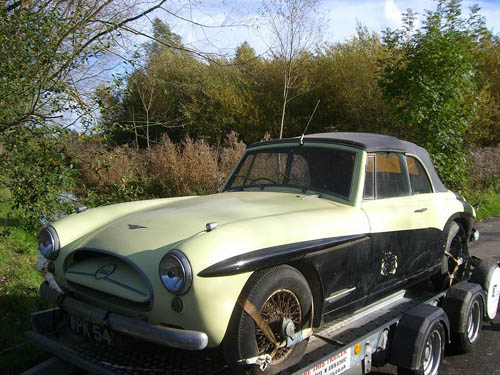 541 Abbott drop-head with hood up.

Back in 2010, one of only two Jensen 541 Abbott drop-heads, built by coachbuilder E.D. Abbott, had emerged from a barn in Kent.

For close to 50 years the Jensen had remained in dry storage. Jensen historian, Keith Anderson, inspected the car in as found condition, and tells us the story.

As Jensen enthusiasts know, there was never a ‘factory’ 541 drop-head model. However,  coachbuilder E.D. Abbott of Farnham built two cars.

Abbott’s managing director, Gordon Sutherland, liked his Bristol 402 drop-head, and thought the newly introduced Jensen 541 (in 1955) would lend itself to similar treatment. 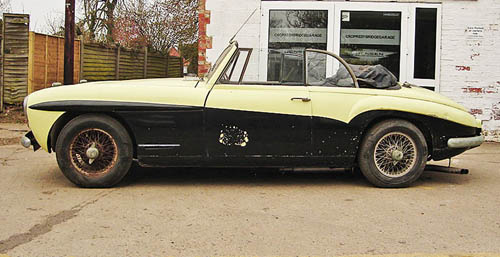 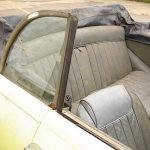 Rear side glass to Jensen 541.

Why did Jensen not consider producing a drop-head version themselves? They were, after all, a coachbuilder whose stock in trade was producing ‘special’ bodies for other manufacturers, as well as their own motor cars and commercial vehicles. So effectively, they were in the same business as E.D. Abbott. 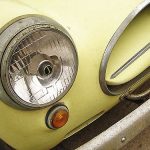 A moot point, but perhaps with moving the 541 itself into production, and the new Austin-Healey contract on the horizon, maybe Jensen were just too busy ?

ED Abbott Ltd had originally been formed in 1929 by Edward Dixon Abbott after his previous employer, coachbuilder Page and Hunt, closed down. Abbott started his new business in the same premises, in Wrecclesham, just outside Farnham.

With a remarkably similar history to Jensen Motors, Abbott established his business in those depression years, by depending on the commercial vehicle side; but still managing to produce a few motor car bodies.

Incredibly, Abbott was confident enough to take a stand each year at the London Motor Show from 1931, displaying special bodies on Austin 7, Talbot and Daimler chassis. 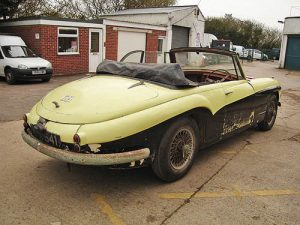 Fortunes looked up, when in 1934, the company won a lucrative contract to provide all the bodies for the new Lagonda Rapier. Further business came from Frazer-Nash for the coachwork on their imported BMW chassis. 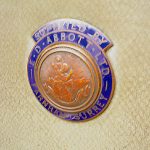 The Abbott enamel badge fitted to the Jensen 541.

In 1950 the business was sold to Gordon Sutherland, the highly respected former managing director of Aston Martin, and owner of Friary Motors of Old Windsor, another coachbuilding business.

The designer of the 541, the late Eric Neale, once explained to the author, the technical differences between the coachbuilding terms ‘Convertible’, ‘Drop-Head’, ‘Cabriolet’ and ‘Coupé de Ville’.  It was some thirty years ago mind you, so I certainly cannot remember these differences now, but this 541 example is a ‘Coupé de Ville’, which means (I think) that the front section of the fabric hood rolls or folds back while leaving the rear section erect — as seen in the original Abbott advertisement. 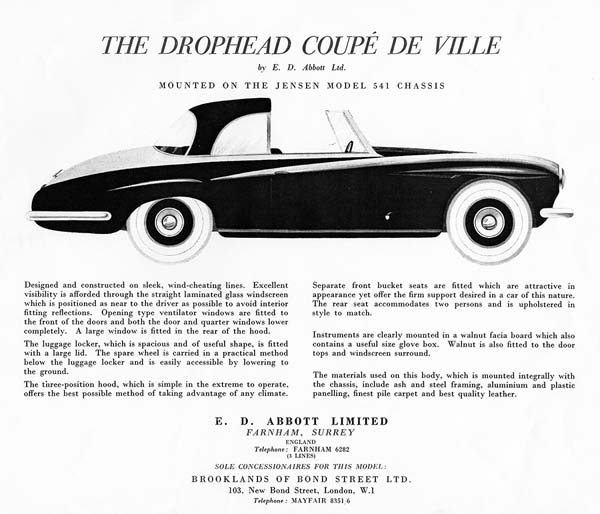 The original Abbott advert for the Jensen 541 drop-head. 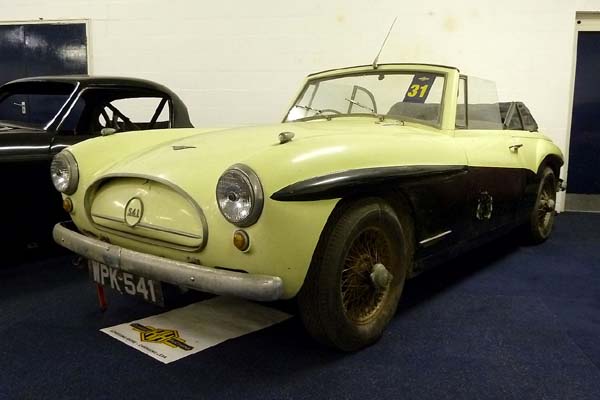 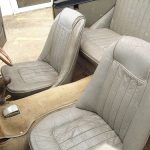 The front seats of the Jensen 541. 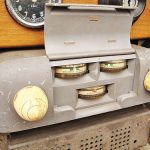 Detail of vintage EKCO radio. Incredibly, the radio was still working in 2010.

The new owner had the car transported down the road to Jensen specialists, Cropredy Bridge Garage, for a restoration appraisal.

The photographs of this rare car were taken at that time

And what a terrific restoration prospect it was! Underneath, the chassis metalwork was sound, and the only glassfibre panel is the bonnet — the rest is aluminium alloy. The pale grey leather was quite remarkable and with some love and attention would look very respectable indeed. Same for the interior woodwork, and indeed even after all these years the interior was still a lovely, interesting and rewarding place to be.

The glorious EKCO radio is a joy to behold. Switch it on and it still lights up! The two little Abbott enamel badges on the door trim pads are charming and the whole car exudes character. 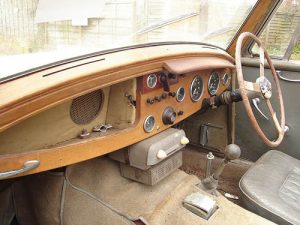 An interesting feature is the operation of the rear three-quarter side windows — a handle lets them swivel and drop out of sight, a feature not seen again in a Jensen until the Interceptor Convertible 19 years later.

As discovered, it started and ran very well and had a very sporty sounding exhaust (although that could be holes in the silencers !). Today (2016) the car resides in the USA. The other Jensen 541 Abbott car (541/4/4631) is also known to survive.

REQUESTS: The Museum would like to hear from the present owner of this car, with the idea of continuing this story to the present day.

COPYRIGHTS: All images and text copyright of Keith Anderson