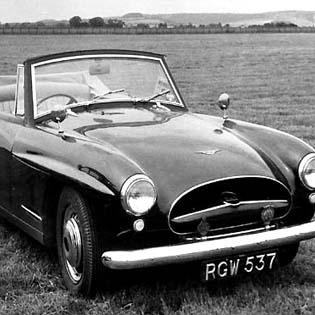 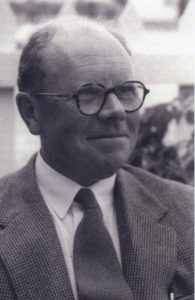 In 1955, Gordon Sutherland, the MD of the coach-building firm E.D. Abbott of Farnham, asked Jensen Motors if they could purchase two Jensen 541 cars, with the idea of converting them to drop-head style.

The Jensen brothers obviously liked the idea, and supplied Sutherland with the third and fourth prototype 541 chassis (541/3/4564 and 541/4/4631), for them to be built in to drop-head versions

Sutherland had acquired the firm of E.D.Abbott in 1950, and had previously been the respected MD of Aston Martin. Additionally, Sutherland had taken ownership of Friary Motors, another coach-building business.

It was probably Sutherland’s gilt-edged credentials that helped sway the Jensen brothers into selling Sutherland the two 541s. Indeed, they were undoubtedly hoping this might turn into a successful venture, whereby, Sutherland would be coming back to buy more cars. Sutherland himself had recently completed the same style of drop-head treatment to his Bristol 402, and thought the newly introduced Jensen 541 would lend itself well to similar treatment..

Once at E.D.Abbott,  541/4/4631 was completed with a specification of maroon paint with tan trim, and licensed for road use with the registration, ‘RGW 537’. A chrome badge bar was fitted as an optional item. According to later owner, Craig Tucker, the car was used for a short while by Abbott’s Gordon Sutherland, before being sold to Brooklands of Bond Street.

In July 1955 the 541 was purchased by Dr. PDI O’Brien, During O’Brien’s ownership, he took the car to Goodwood within the first couple of years of the car’s life. By chance, the car was seen by Michael Cooper, and his father. Michael Cooper later became the photographer for Good Relations, undertaking all the Jensen contracts between 1966 and 1976. 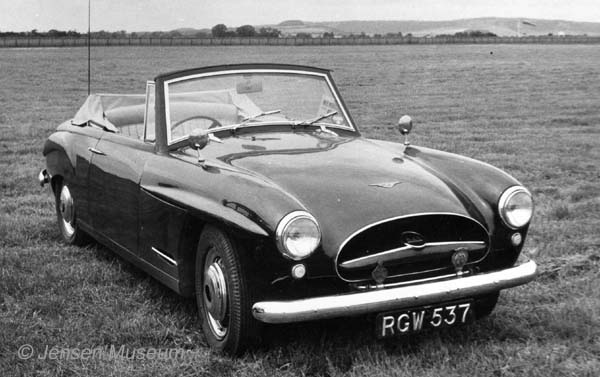 Both the Coopers particularly liked the shape of the 541, and Michael Cooper photographed 541/4/4631 at Goodwood. It was this car that inspired Cooper’s father to buy one, and which Michael Cooper drove at every chance.

After keeping the 541 for three years, O’Brien sold it to Anna J.McGeraghty. She in turn retained the car until 1962, and sold it to  Dr.Peter Burgess. During Burgess’ ownership, he had the 541 painted green.

Burgess kept the 541 from 1962 through to 1970, at which time the car was sold to well known Jensen enthusiast, Lord Strathcarron. He wrote in the Jensen Owners’ Club newsletter number 3 (1973), that the car was purchased in quite well used condition, with shabby green paintwork.

A Mr.Kirby from London, saw 541/4/4631 parked in the street during 1971, and, being a vintage car enthusiast, took a photograph. believing Jensen hadn’t made a drop-head 541, he sent the photograph to Roland King-Farlow (former timing official for the Grand-Prix and motorsport enthusiast), who in turn sent it to to John Winton at Jensen Motors Service Department. Winton confirmed the photograph showed one of the Abbott-bodied 541 cars. 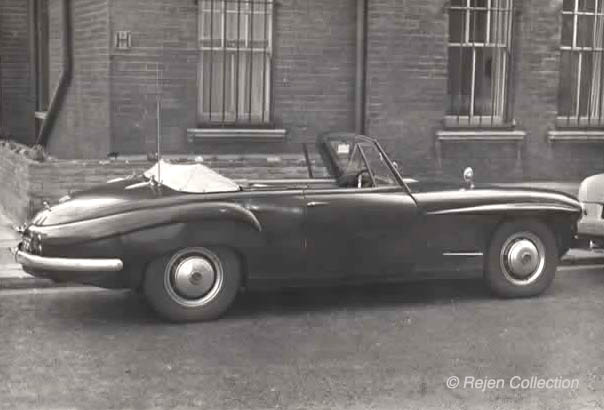 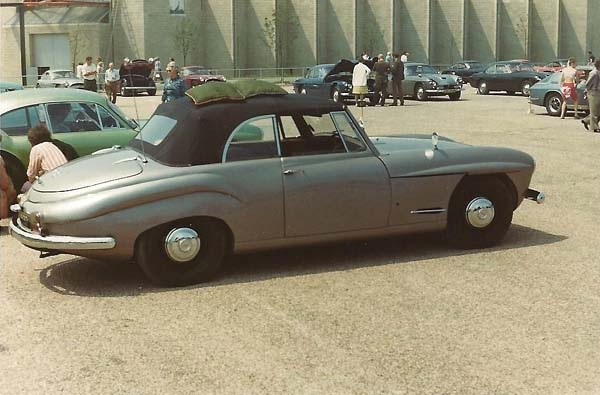 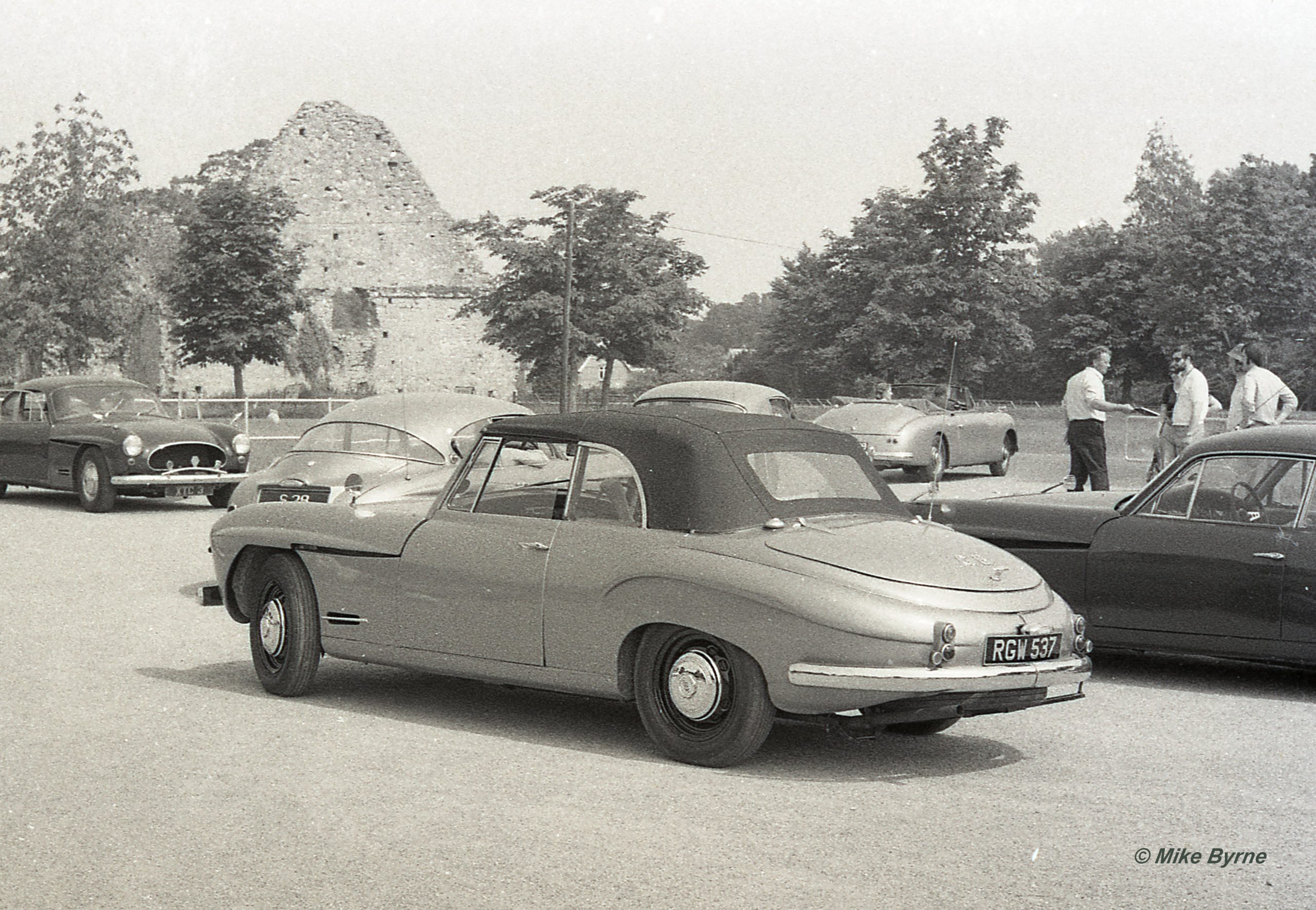 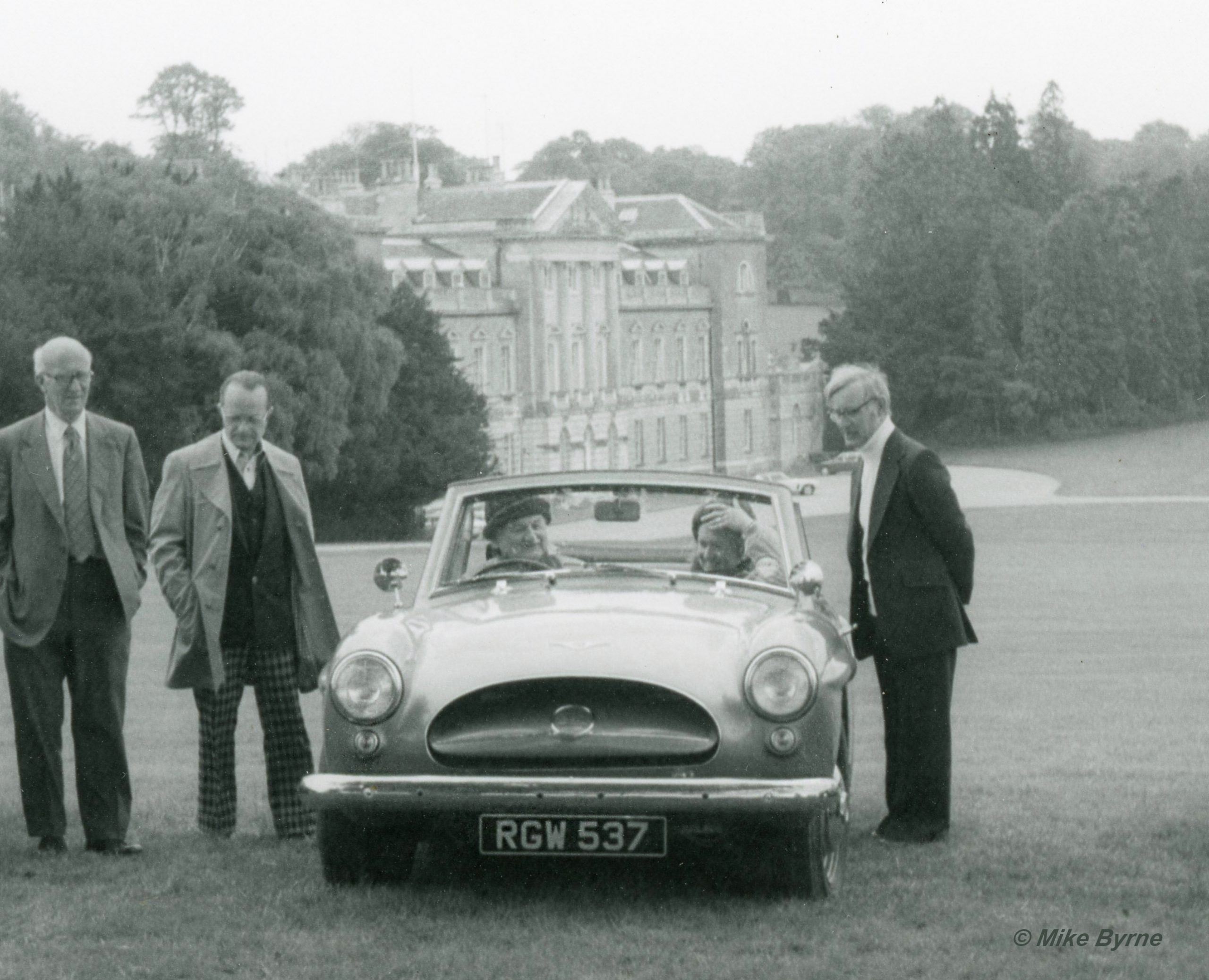 By the 1990s, ownership of the 541 had moved to Craig Tucker, Cecil Tucker’s nephew. 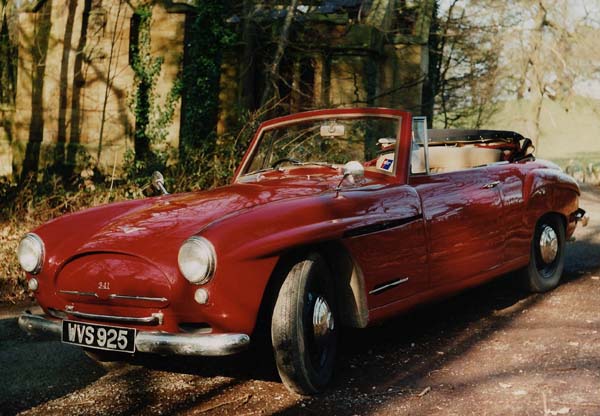 541/4/4631 photographed at the beginning of the 2000s. The optional chrome badge bar still fitted to the car, and also the wing mirrors.

During the later 1990s, Tucker gave the 541 over to Jeremy Wade Classic Cars on consignment sale, this was undoubtedly due to his imminent move to New Zealand. Wade advertised the car for £14,750, but had no interest shown in the car. Eventually the 541 was given back to its owner, and in the early 2000s, was shipped out to New Zealand. 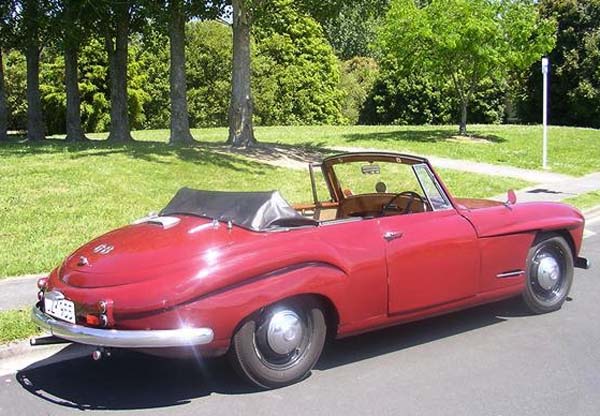 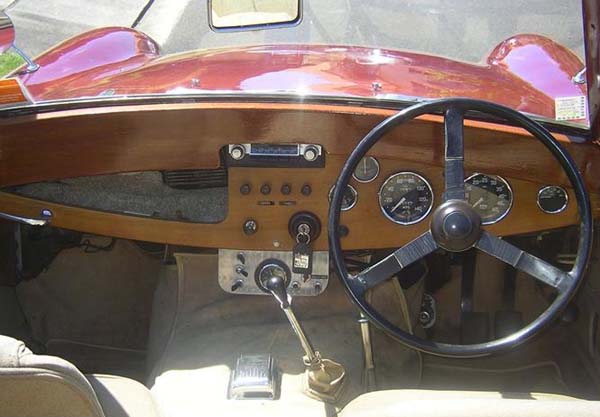 REQUESTS: The Museum would like to hear from any of the owners of this 541, past and present.