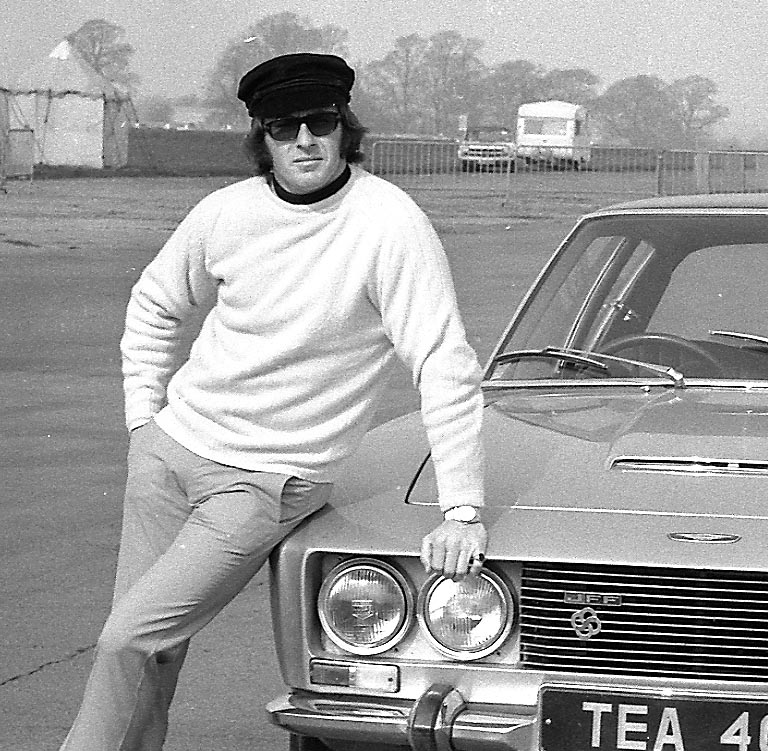 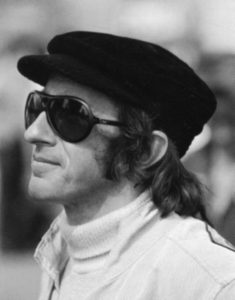 During July 1968, an enquiry about purchasing an FF came to Jensen Motors via Major Tony Rolt, the Managing Director of Harry Ferguson Research Ltd. The interested party was Jackie Stewart,  the famous racing car driver.

Stewart was a personal friend of Rolt and was keen to purchase a new FF. Towards the end of the conversation, he included the caveat, he would like to take ownership of an FF as soon as possible.

In other words, Stewart didn’t want to join any ‘waiting lists’. Stewart was living in Switzerland at the time, and it is very likely his enthusiasm for the Jensen FF had been sparked off  by the Autocar ski-slope report, along with discussions between himself and Rolt.

Unfortunately the enquiry had come through at an awkward time for Jensen Motors, the FF was selling particularly well, and the company had a full order book for their flagship model. 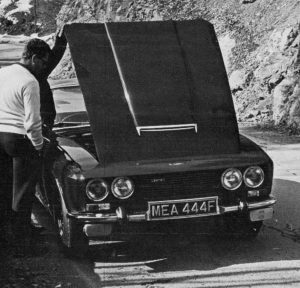 This meant there just wasn’t a car the company could allocate for Stewart, within the time span that would be acceptable.

Wyndham Powell, Sales Manager at Jensen Motors, came up with the idea of offering Stewart Jensen FF 119/025, the actual car that had been driven up the ski-slope. In a letter to Rolt, Powell expounded the virtues of this car,

Powell ended the letter by mentioning that if the offer was accepted, 119/025 could not be sold by Jensen Motors until after the 1st November. 119/025 was still needed for demonstration work up until that time.

Rolt passed on the message to Stewart, who in turn thanked Rolt for his prompt action in contacting Jensen on his behalf. The news, however, was not what Stewart was expecting to hear. Stewart was reluctant to spend £4,500 on a used FF, when really he wanted a brand new car. 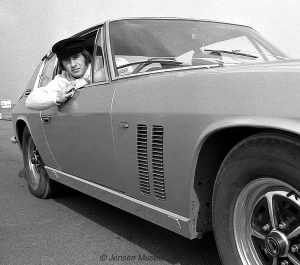 Stewart left the offer open, telling Jensen Motors, if they could find there way to supply him a brand new Jensen FF in the not too distant future, he would buy it. A car was not found for Stewart, and this was definitely a missed opportunity for Jensen Motors.

On reflection, it’s surprising the publicity eager car company hadn’t found a way to supply him a car, even if it meant causing disappointment for another client. It certainly wouldn’t have been the first time they had surreptitiously moved someone up or down a waiting list.

Even although Stewart didn’t purchase a Jensen FF, he remained in contact with Tony Rolt who would typically continue to enthuse about the world’s first production four-wheel-drive car. A further connection with Jensen Motors was through the Good Relations photographer, Michael Cooper. 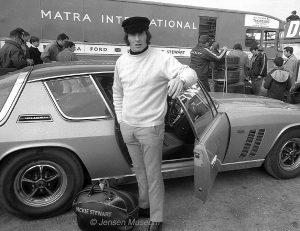 Stewart photographed by Michael Cooper during a race day.

Stewart and Cooper were old acquaintances, as they had consistently ‘bumped’ into each other at racing events. As with Graham Hill, Cooper classed both racing drivers as close acquaintances.

During 1969 Stewart was given loan of a demonstrator Jensen FF. How the loan came about isn’t known, but undoubtedly the loan was fixed by Good Relations, probably via Tony Rolt. Everyone was probably hoping the loan would transcend into an order for a new FF, but it didn’t.

However, Michael Cooper did manage to get Stewart on board for a photo-shoot. As far as is known, none of the images from this photo-shoot were ever used by Jensen Motors for publicity purposes, and were published for the first time within Michael Cooper’s Jensen Days.

COPYRIGHTS: All images and text copyright of The Jensen Museum | Jackie Stewart images a part of the Museum’s Michael Cooper Photo Archive.