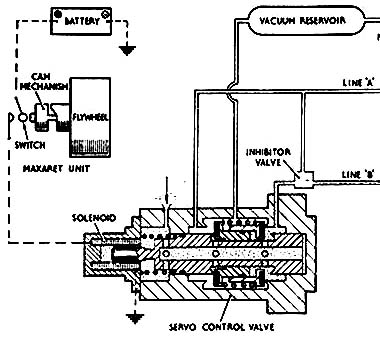 Dunlop Maxaret was the first anti-lock braking system (ABS) to be widely used. Introduced in the early 1950s, the Dunlop Maxaret was rapidly taken up in the aviation world, since testing found a 30% reduction in stopping distances, and the elimination of tyre bursts or flat spots due to skids. Harry Ferguson Research had worked with Dunlop on the Maxaret project, with the idea of the system being integrated into their pioneering four-wheel-drive package. In 1965, the world’s first four-wheel-drive car with Maxaret anti-lock braking was unveiled, the Jensen CV8 FF. How the Maxaret system worked is explained.

Skid detection is effected by a Dunlop Maxaret unit; the shaft of this is driven from the centre differential of the Ferguson four-wheel-drive transmission, at a speed proportional to road wheel rotational speed. The Maxaret employs a flywheel which ‘runs on’ relative to the shaft when the shaft is slowed more rapidly than normal (as it does when skidding is about to occur). This ‘run on’ action actuates a cam mechanism to close the contacts of a switch. The electrical circuit then energises the solenoid of the servo control valve, which reverse the action of the vacuum servo.

Wheel speed now increases, and the Maxaret shaft speed also rises. When shaft and flywheel speeds again synchronise (i.e. when flywheel ‘run on’ is eliminated), the cam mechanism is returned by a spring; switch contacts open, and the solenoid is re-energised. The servo control valve returns the vacuum servo to its normal operation, and brake pressure rises until skidding again becomes imminent. The spring which returns the cam mechanism is calibrated to provide sufficient resistance to flywheel ‘run on’ during normal braking. In this way, brake pressure is not reduced under skid-free conditions. 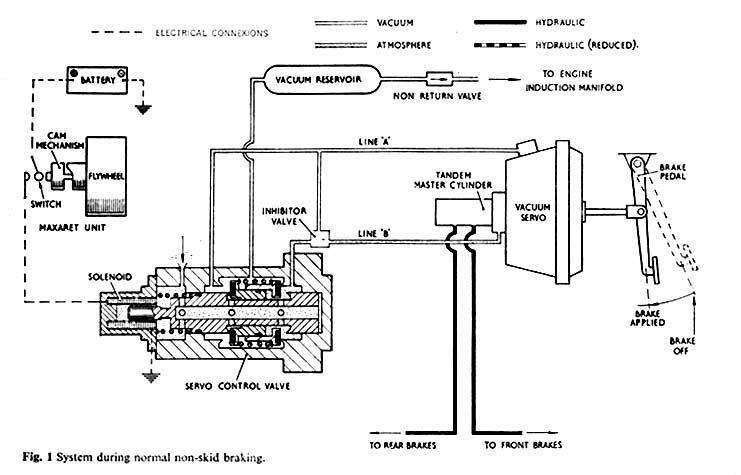 Fig.1 Illustrates the system disposition for non-skid braking. Switch contacts are open, and the plunger of the servo control valve is spring loaded to the right. The servo control valve consists principally of two pairs of opposite-facing concentric poppet valves. With the plunger moved to the right, the left-hand outer and right-hand inner valves are open, respectively connecting line A to vacuum, line B to atmosphere. This is the usual connection of the vacuum servo to assist brake application. Foot pedal and vacuum servo efforts combine to give high brake pressure output  from the master cylinder. The brake pedal travels as indicated, following up the travel of the master cylinder pistons as they displace fluid to produce the high pressure in the separate front and rear brake systems. 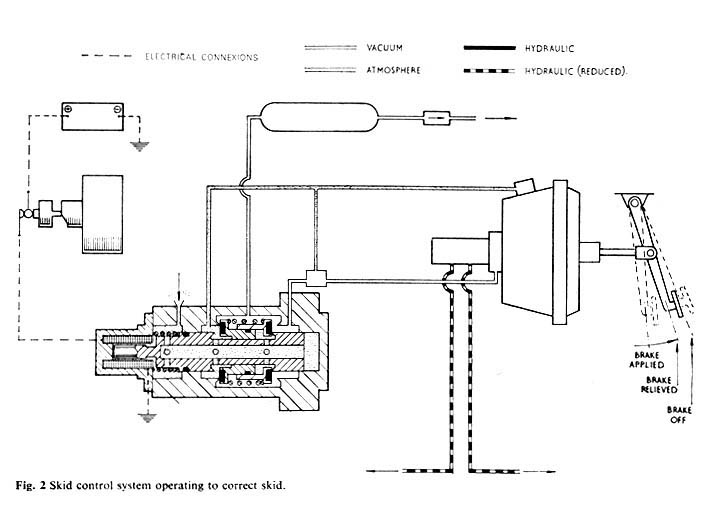 Should braking pressure rise to a level which would normally produce skidding under the prevailing road conditions, the Maxaret operates to to close the switch contacts. The system disposition at this stage is as Fig.2. The solenoid is energised to draw the servo valve plunger to the left against the spring load. Valve openings are reversed. Line A is now connected to atmosphere via the open left-hand inner valve; line B is connected to vacuum via the open right-hand outer valve. The reversal of vacuum servo connection reverses its operation so that it opposes the foot operation effort. The pedal travels back towards the driver’s foot, and the master cylinder pistons return to relieve braking pressure sufficiently to correct the skid. 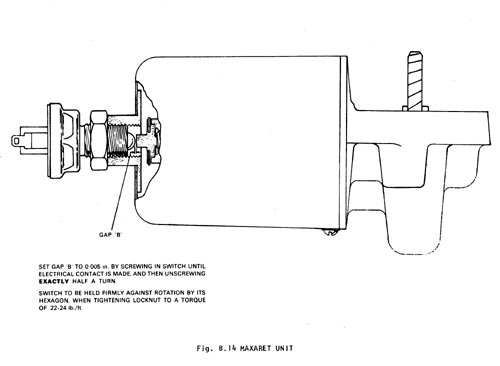 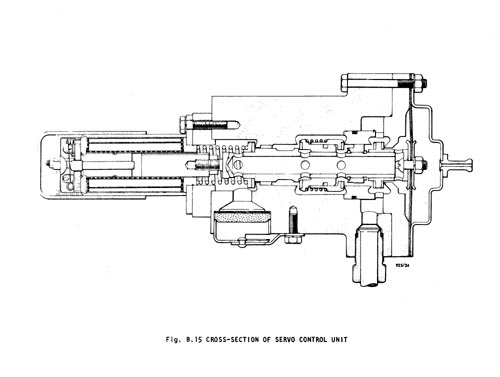 COPYRIGHTS: All images and text copyright of The Jensen FF Museum