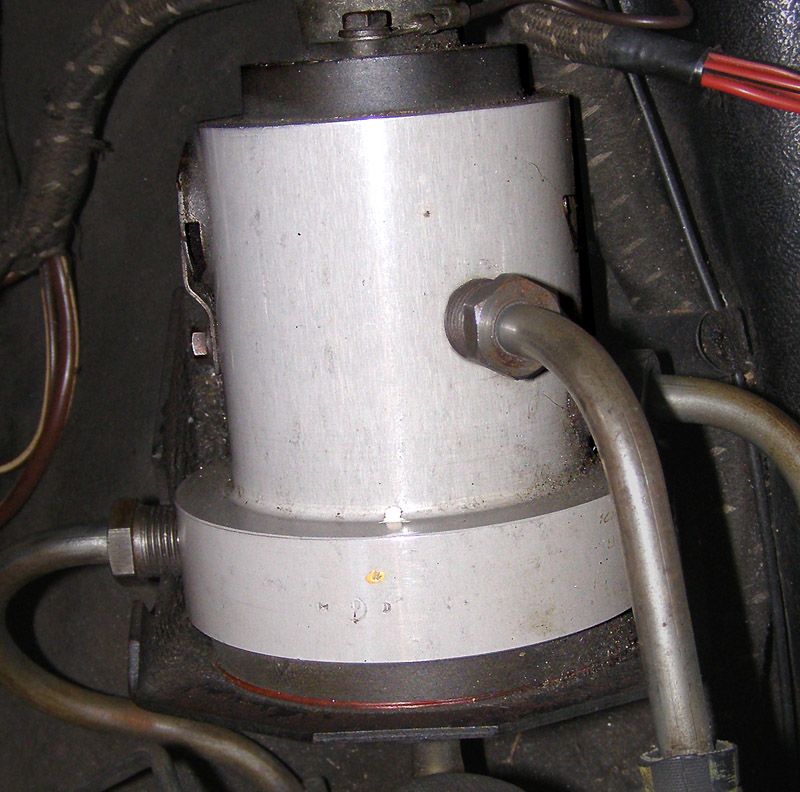 At the beginning of 1969, Jensen Motors sent a letter to their distributor network regarding the Maxaret Control unit on the Jensen FF. Apparently some units had mal-functioned, and all cars were to have the unit disconnected while Jensen Motors looked into the matter.  It was down to the stamped codes on the body of the unit to determine which units were faulty. But, which were the faulty units and why ? 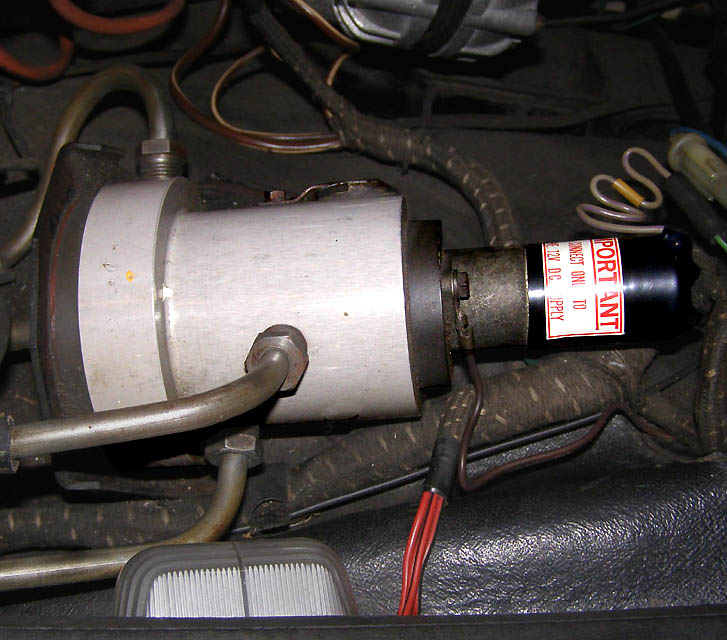 A feature to the Jensen FF engine-bay is the Maxaret Servo Control Valve. This is mounted just forward of the servo on the driver side of the engine bay. The circular aluminium body is finished in a special anodised finish, with a standard solenoid mounted to the end by two bolts.

The opposite end to the solenoid, nearest the servo, is of raised circular form, and on that are the Maxaret Control Valve codes. A combination of stamped letters and numbers. So far, the Museum hasn’t managed to find out the exact meaning of these codes, but they could be inspection stamps, showing who built up the unit. Of interest on early units is hand-engraved letters and numbers as well as the stamped codes. This practise seems to have stopped in the first year of production. Additionally, some units have a small blob of paint by the codes (blue, white & yellow have so far been seen), possibly where the unit has been double checked. 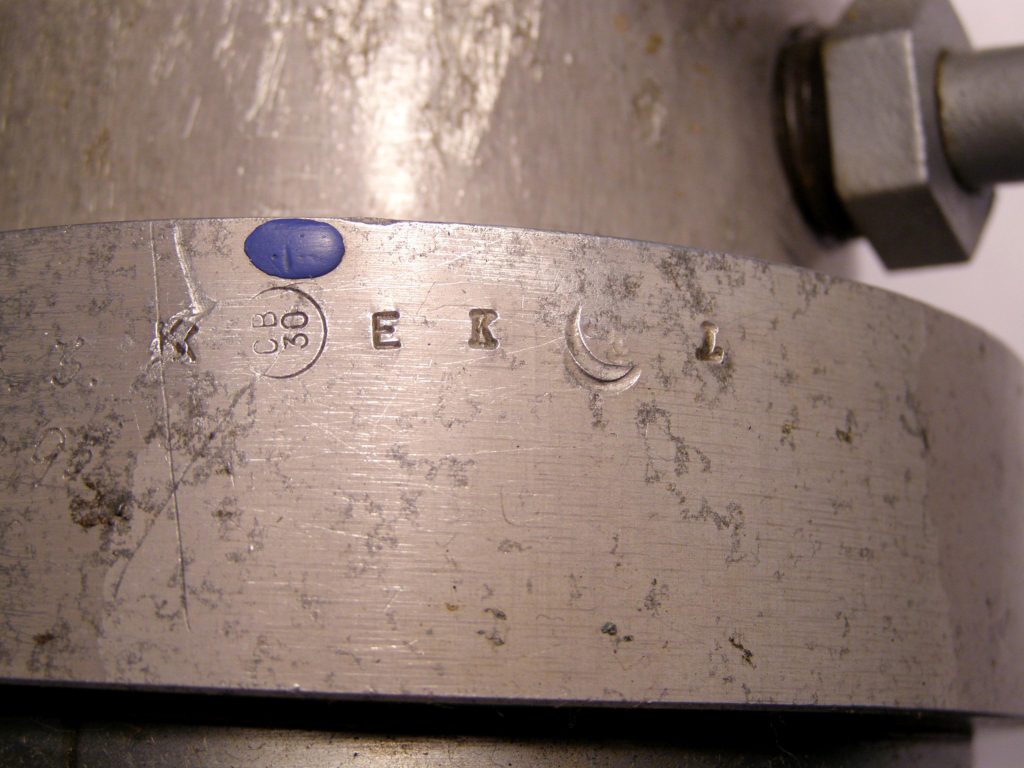 Maxaret Control Valve from 119/002 with stamped codes. The unit also has hand engraved code (ending at the viewers left), as well as a blue blob of paint.

We do know, that at the beginning of 1969 (due to some units mal-functioning),  Jensen Motors sent letters out to their distributor  network. The letter stated that if an FF came in for servicing, the Maxaret Control Valve should be disconnected while they looked into the matter.

The mal-functioning units were eventually pinned down to a particular code (the stamped letters and numbers). The distributors were asked to check the codes on the unit, and if it was from the mal-functioning batch, it needed to be replaced, and the old unit sent back to Jensen Motors. Unfortunately the chassis file documentation does not tell us which was the offending code. However, taking Jensen FF 119/048 as an example, we are told within the car’s chassis file documentation that it was fitted with the Maxaret Control Valve unit bearing the code ‘K M’, which was okay. Other cars, such as 119/066, 119/070, 119/075, 119/076 needed replacement units, although we are not told the offending code numbers of the units taken off, or indeed what the fault was.

Today, little is understood about these codes. The Museum is compiling a database of the codes, and is asking for assistance from Jensen FF owners. We require a close-up photograph of the codes as stamped to the unit, and the chassis number of the car in question. If anyone has further documentation relating to the codes on these units then we would be pleased to hear from you.

ADDITIONAL INFORMATION: If you have any additional information relating to this article, please contact us, archive@jensenmuseum.org or telephone +1694-781354.