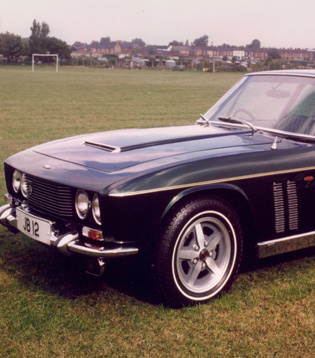 Back in 1976, Jensen Parts & Service was formed, with former Jensen Motors manager, Ron Freckleton, being brought in to run the Company. Incredibly, this small new company managed to court the interest of celebrities, just as Jensen Motors had done over its time as a car manufacturer. 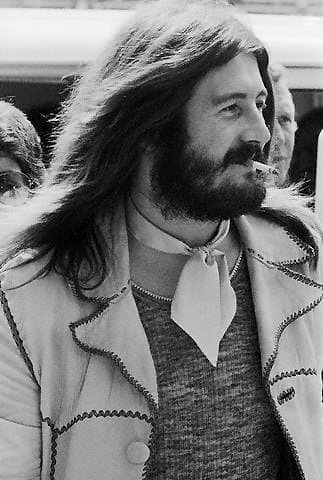 Many of us know the stories associated with Led Zeppelin drummer, John Bonham’s love of exotic cars. And in particular, the much written story of Bonham’s purchase of a Rolls Royce.

It was 1970, and the story goes that Bonham walked into a Rolls-Royce dealership on Sunset Boulevard in Los Angeles.

Apparently the car salesman, looking at Bonham’s rather rough hippy-like appearance, was less than helpful. In fact, the salesman was veering him back out of the showroom doors  (we all remember a not dissimilar sequence in the film Pretty Woman where Julia Roberts  goes clothes buying on the Boulevard).

That was until Bonham produced a bag full of cash to show he had Rolls-Royce-money to spend.

With an incredible turn-a-round from the salesman, Bonham was given the offer to take a car for a test-drive. Jumping at the chance, Bonham took the Rolls-Royce out for a test-drive, and returned it by driving through one of the  plate glass windows of the showroom – telling the salesman to fix the Roller before he returned to pick it up.

Fact or fiction ? who knows – but a great Rock & Roll story none-the-less.

John Bonham & His Beloved Jensens | Back To Jensens

What is fact, was Bonham’s love for American V8 cars. He had owned many, but his absolute car obsession was with V8-powered cars, produced on his door-step in the Midlands – Yes, we are talking Jensen Motors Ltd. 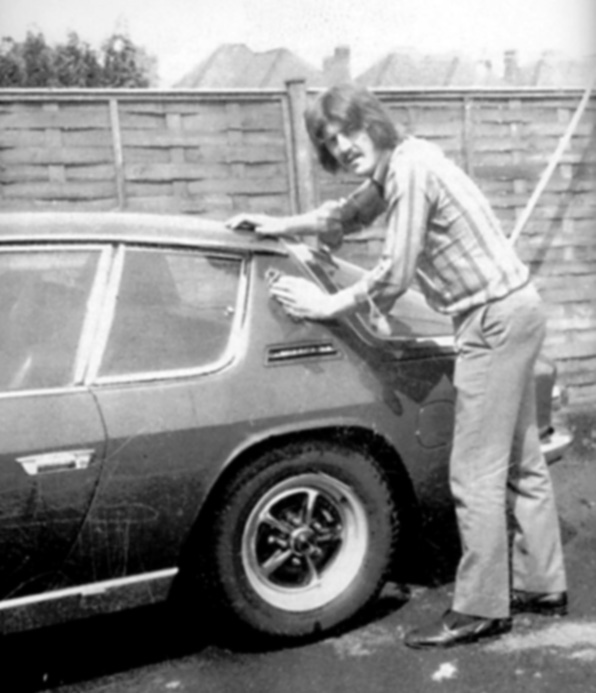 Bonham washing one of his Jensens.

During the 1970s, and through right up until his death in September 1980, Bonham had purchased a small collection’s worth of Jensen cars. From Interceptors, and Convertibles, through to his ultimate Jensen passion, the Four-Wheel-Drive Jensen FF.

Interestingly, drummer Bonham’s passion -obsession with the Jensen FF, was also the obsession of his drummer friend, Ginger Baker (he bought no less than three).

John Bonham & His Beloved Jensens | Adding To His Collection

It was 1979, and Jensen Parts & Service hadn’t long been set-up out of the ashes of Jensen  Motors. The three years that had passed since the formation of the Company, had seen it blossom, and the factory was full up with service and restoration work.

One of the cars was a Jensen FF MK.I. The owner had brought the car in for some restoration work, but at the end of the restoration, his circumstances had changed, and he asked Jensen Parts & service to sell the car for him.

It didn’t take long for the car to find a buyer. Led Zeppelin drummer, John Bonham, was back at West Bromwich dropping off a car for a service. He was always interested to see what was going on, and was taken for his customary stroll around the factory. That was when he noticed the Jensen FF. He was told this car was actually up for sale, and Bonham immediately replied “I’ll buy it”. 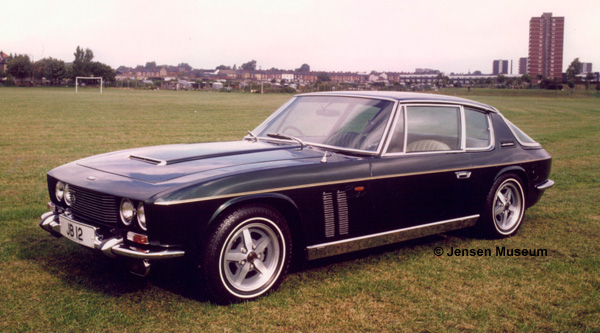 The price was £5000, and Bonham agreed to come back and pay for the car, which also would give Jensen Parts & service the opportunity to give the car a final check over and valet.

Neil Freckleton takes up the story,

“On the appointed day, John Bonham came to collect the car, and walked into Joyce Bowen’s office, which was located next door to my father’s office.  In a broad accent, he said To Joyce “I’ve come to pay for my car” and emptied a holdall, containing £2000 in cash, and handed over a cheque for the remainder.

Joyce was naturally quite shocked, and John (noticing her shock) offered a “You can count it if you want”, which Joyce said she would take his word for it, but went next door to check with my father it would be okay to accept the cash. 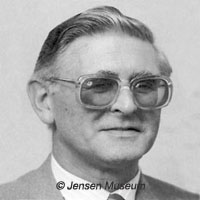 My father said it would be okay, and went with Joyce to see John, saying,  “I bet that made a hole in your mattress”, to which John made a hunchback appearance and said “I’ll sleep like this tonight!”

John and my father starting chatting, and eventually my father mentioned that I had been trying to track down and buy Led Zeppelin’s latest album  ‘In Through The Out Door’ on cassette, and it was costing me a small fortune in bus fares.  John made a comment along the lines of the album was selling very well, but he would see what he could do.  After a few more pleasantries, John left.

The next day, my father was working, when he got a call to say John Bonham was in reception to see him.  My father thought there must be a problem with the Jensen as he walked to reception to meet him.

At reception, John was standing, clutching an LP and cassette of ‘In Through The Out Door’.  He immediately handed them over to my father, saying, “pass these on to your son with my compliments”.

My father thanked him profusely, to which John replied “Anything for a fan” and with a huge grin on his face got back into his Jensen and drove off.  It was only later that my father realised that John had signed both the cassette and LP.  I still own both the cassette and album to this day – treasured possessions.” 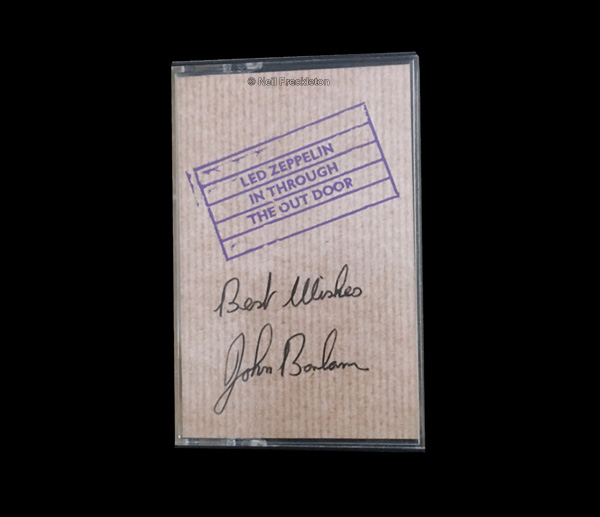 One of Neil Freckleton’s treasured possessions, In Through The Out Door, signed by Bonham  for him in 1979.