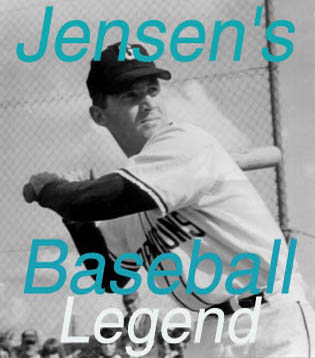 William ‘Bill’ Casey joined Jensen Motors in 1969 as a finisher on sub-assembly. Outside of work, Casey’s obsession was with American baseball. He practised fanatically, and was already a major player in Britain’s post-war fledgling baseball league, by the time he joined Jensen Motors. With the help of his wife, the Museum has pieced together the unique story of Jensen Motors’ baseball legend.

Bill Casey was born on the 7th December 1938. His father, John Casey, had joined the army, during the 1930s, and was stationed in Ireland. With the outbreak of war in 1939, Casey’s regiment formed a part of the 14th Infantry Brigade, and was moved out to Crete.  The 26 year old John Casey was killed during the Battle of Crete in 1941.

Aged 16, Bill Casey left school in 1954, and started as an apprentice at S.G.Ward,  one of the famous Birmingham-based jewellery manufacturers, based in Branston Street within the jewellery quarter. 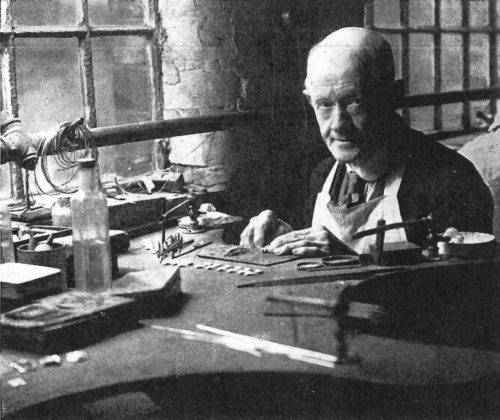 S.G.Ward jewellery mounter, Fred Adams. He was one of the most experienced mounters at the firm. Casey would have worked under him during his apprenticeship. Photograph taken during the early 1950s.

It was a five year apprenticeship, but when Casey had completed the five years in 1959, they didn’t want to take him on as a full-time jeweller.

Another job was needed, particularly since he had just married his sweetheart, Pat Beasley, in June of that year.

Casey’s mother, Pearl, had also remarried, to George Moran. He was working at the Austin Car Company at the time.

Through his stepfather, Casey, managed to get a job with the Austin Motor Company. He was always one for being smartly dressed, and untypically for factory floor employees, wore a white shirt and tie. In fact, Casey realised he could get away with going through the entrance for staff members, as he didn’t look like a factory worker.

Outside of work, Casey’s obsession was American baseball. He had become involved with baseball when he was 16, since his stepfather, George, had played baseball with the Americans during the Second World War, and afterwards.

Casey took his baseball seriously, and was a member of the Bromsgrove baseball team, Garrington Rangers. Just post-war, they were known as The Farmers, but changed their name to the Garrington Rangers at the beginning of the 1960s. 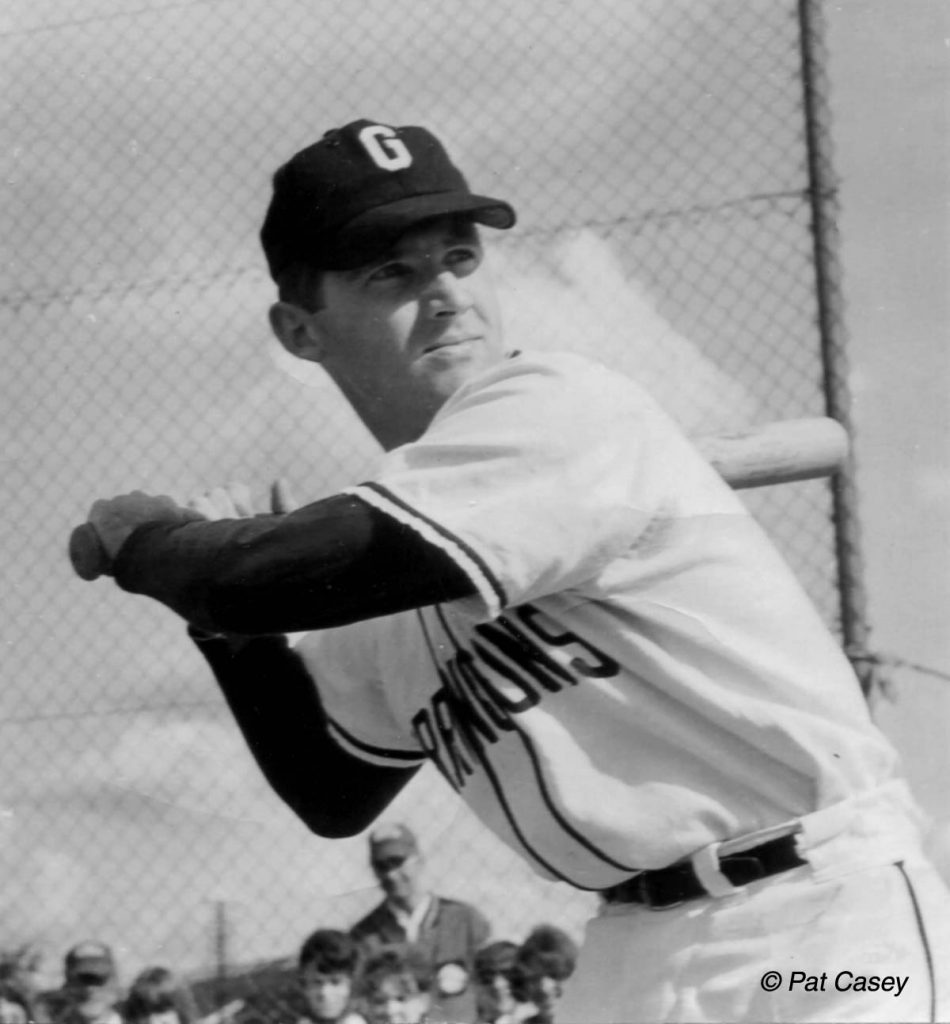 Casey photographed in Garrington Rangers livery at a game held in 1969.

Whenever Casey had spare time, he was practising with them, and taking part in baseball competitions throughout the country. The competition teams were normally made up of American serviceman from airforce bases.

Off field, Casey was known as a relatively quiet and mild person, with a good sense of humour. However, once he put on his baseball uniform, he became a serious and passionate tiger of the baseball pitch. Casey was a brilliant catcher, but also played shortstop, and second base. His passion to win was often used by opposition managers to wind him up – and he always seemed to fall for it.

With baseball becoming more mainstream, Casey was to play in the first baseball games under floodlights in Great Britain, which were held at Hull City Football Club in 1969 and 1970. 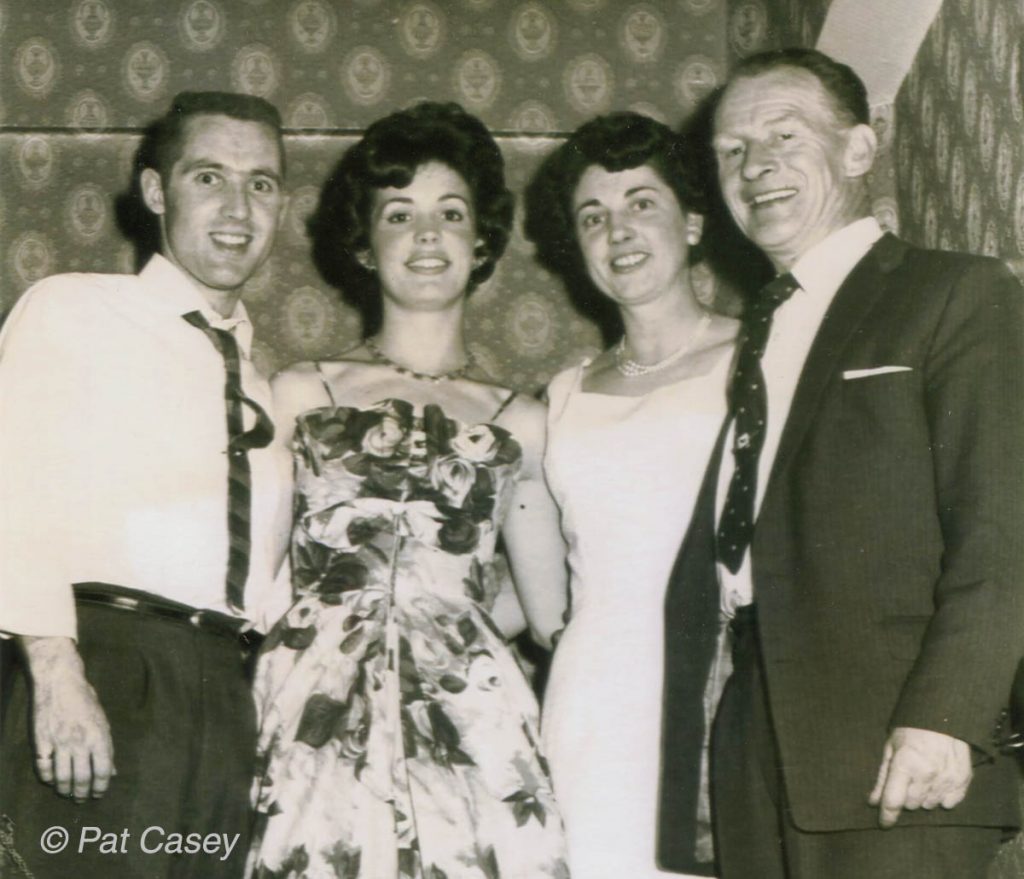 Casey’s step-father, George Moran, had likewise worked at Austin, but left at the beginning of the 1960s to get a job at Jensen Motors. He worked as a finisher on sub-assembly. By the later 1960s, and with the Interceptor doing well,  they were looking to employ more staff.

George told his stepson that he could probably get a job at Jensen. Casey immediately contacted Jensen, and after a successful interview, started work at Jensen on 28th March 1969. 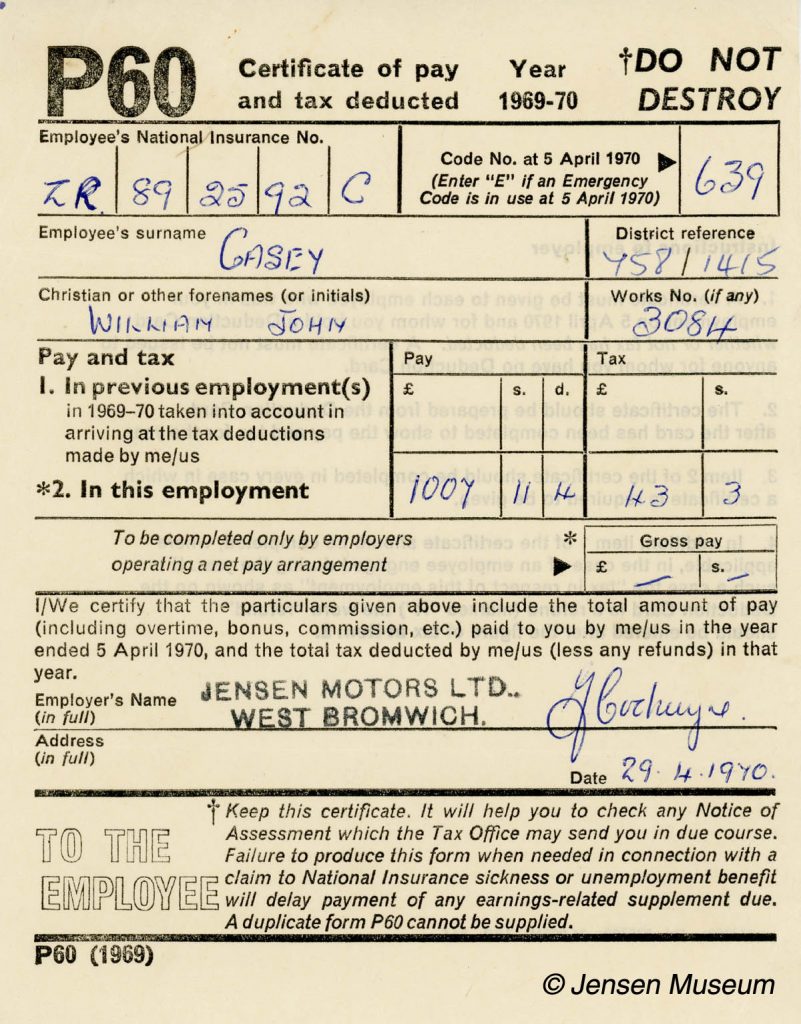 Casey’s P60 while working at Jensen Motors during 1970. 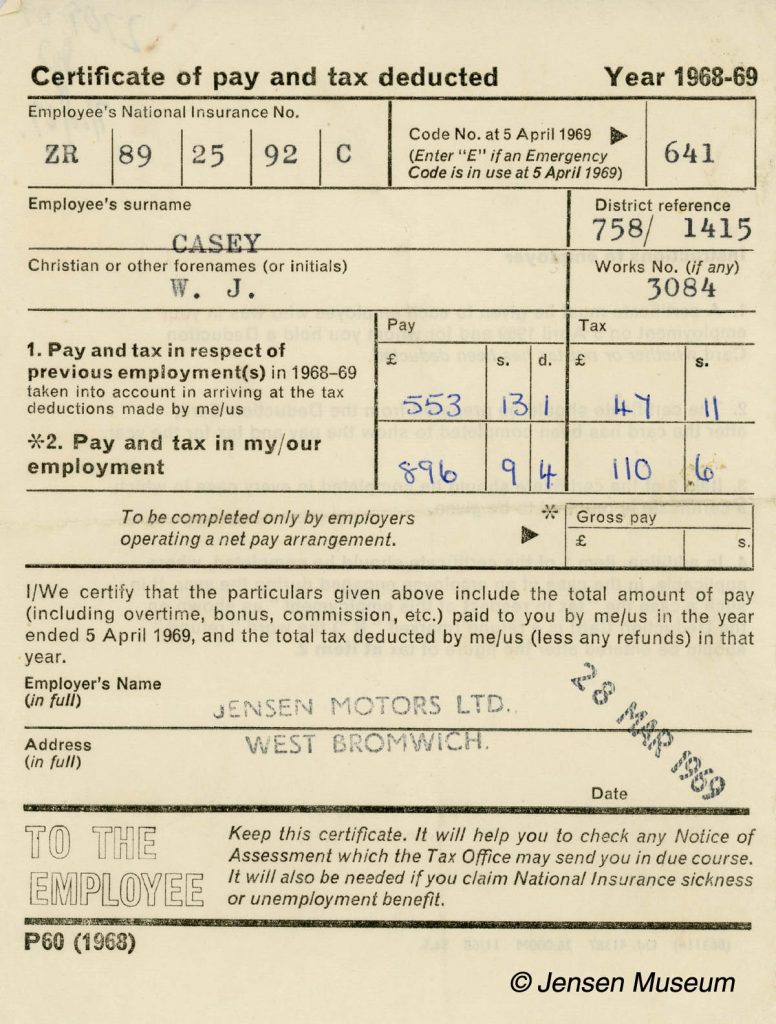 Casey’s P60 while working at Jensen Motors during 1969.

At Jensen Motors, Casey worked as a finisher on sub-assembly, where he was responsible for fitting the large back windows. He became friends with Gilbert Hughes, one of the most experienced men in the Trim Shop, and one of the Company’s union officials. Hughes lived quite close to Casey. 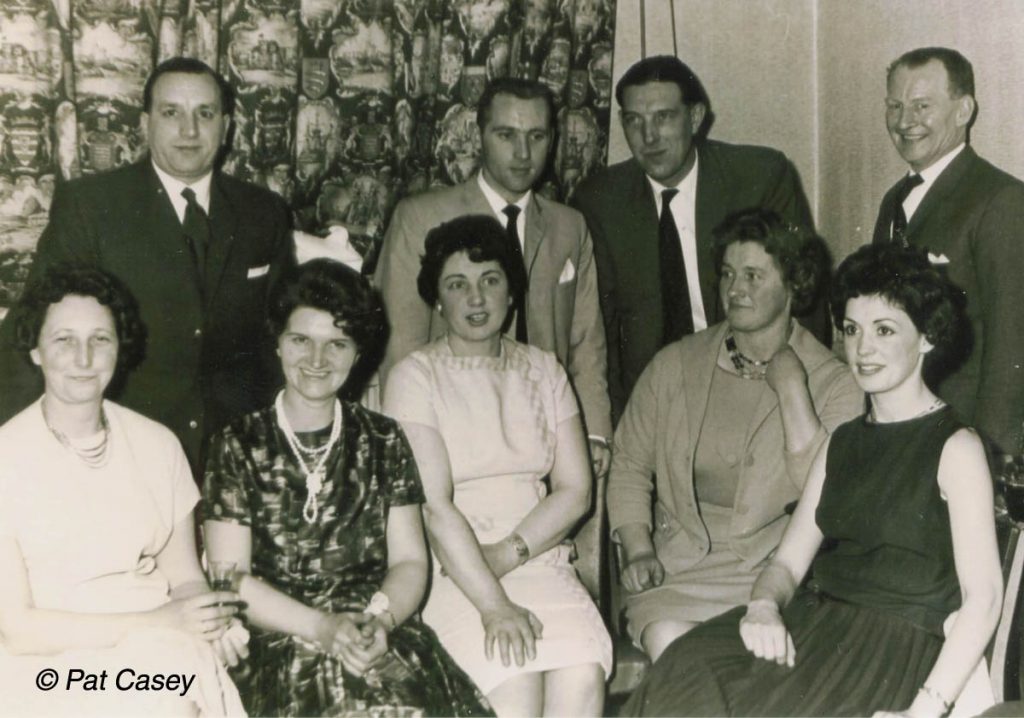 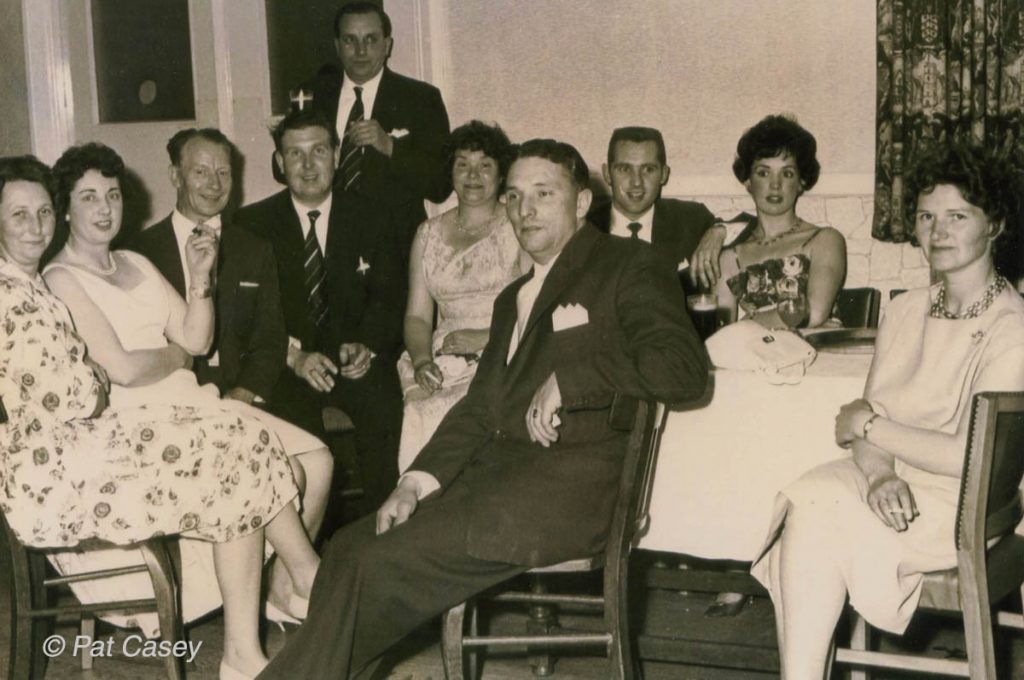 Between the two of them, they had a rota-system. Some days Hughes would collect Casey in his Ford, and drive him to Jensen Motors, and on alternative days, Casey would take Hughes in his Austin 1800.

“He always wore a clean white shirt, and a Jensen tie. He was the only chap I remember on sub-assembly that wore a tie, outside of the foremen and supervisors. Billy (as we called him) was a quietly spoken chap. He always seemed busy with his antiques and baseball, so none of us had much to do with him outside of work.” 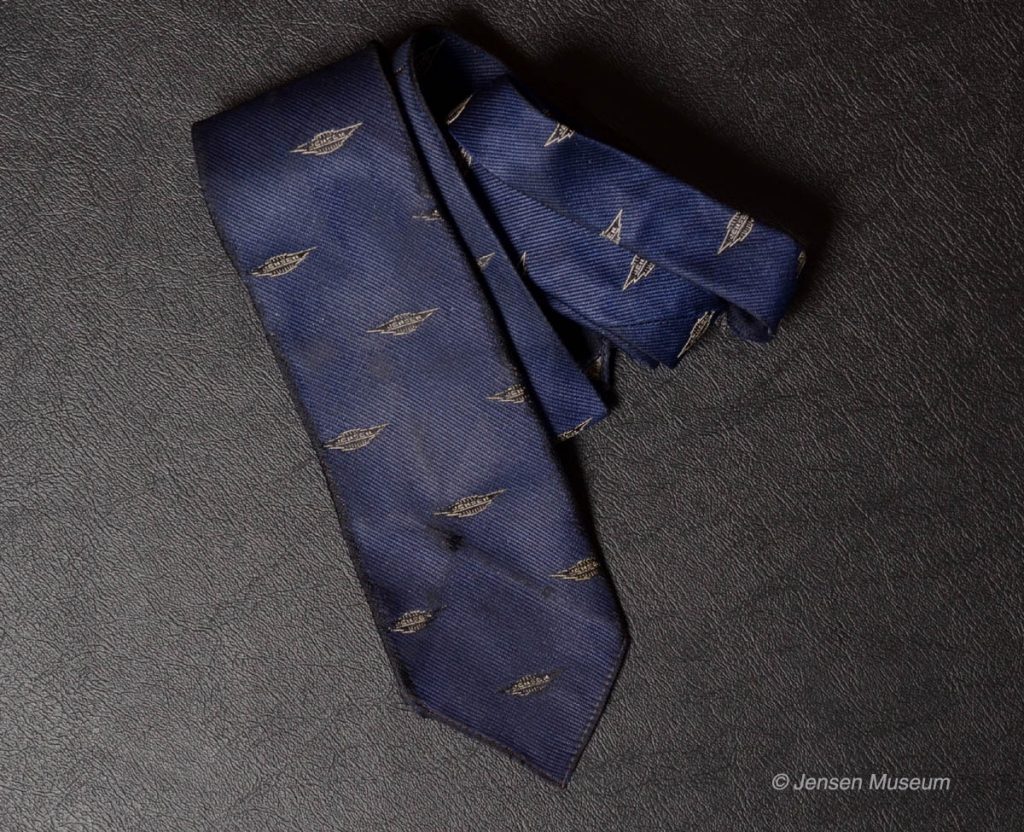 Bill Casey’s Jensen Motors tie. Worn by Casey daily throughout his time at Jensen Motors. The tie was made by the London-based woven tie manufacturers, Ernex.

Casey worked at Jensen between 1969 and 1976. He had always been interested in antiques, and bought and sold items while working at Jensen – that was in addition to his full-on baseball commitments.

When Casey was made redundant from Jensen Motors in 1976, he decided to start an antique export business – exporting antiques to the USA.

The joy for American baseball never left Casey. Directly after leaving Jensen Motors in 1976, he managed the GB team in the American Bi-Centenary Baseball Series against US Airforce base teams in Britain, and went on to become the GB team Captain, beating Sweden in the 1982 finals. In that same year Casey became the Team Manager in the British-American series held in 1982.