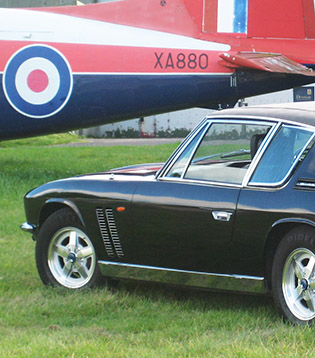 Jensen FF, chassis 130/325, was acquired for the Museum collection in 2007. One of just 15 MK.III Jensen FF cars to be manufactured. Thus making the MK.III FF, the most sought after of all Jensen FF variants (outside of one of the few Vignale made FFs to still exist).

The Museum looks at the history that is held on 130/325 so far, and hopes that further information on this historic vehicle, might be found.

During the 1960s, film producer, Michael P. Joseph, worked from offices in West Central Street, within London’s WC1 area. He had purchased a MK.I FF back in July 1969.

When the new MK.III version FF was announced, Joseph decided it was time for a change of car and ordered a MK. III FF through the London-based Jensen distributor, Charles Follett.

The completed FF was inspected between 16th November and 24th November before being delivered to Charles Follett on the 24th December 1971, ready for collection by Joseph. The car was assigned the registration number JMU 44K. Joseph’s MK.I FF was given to Charles Follett in part-exchange. 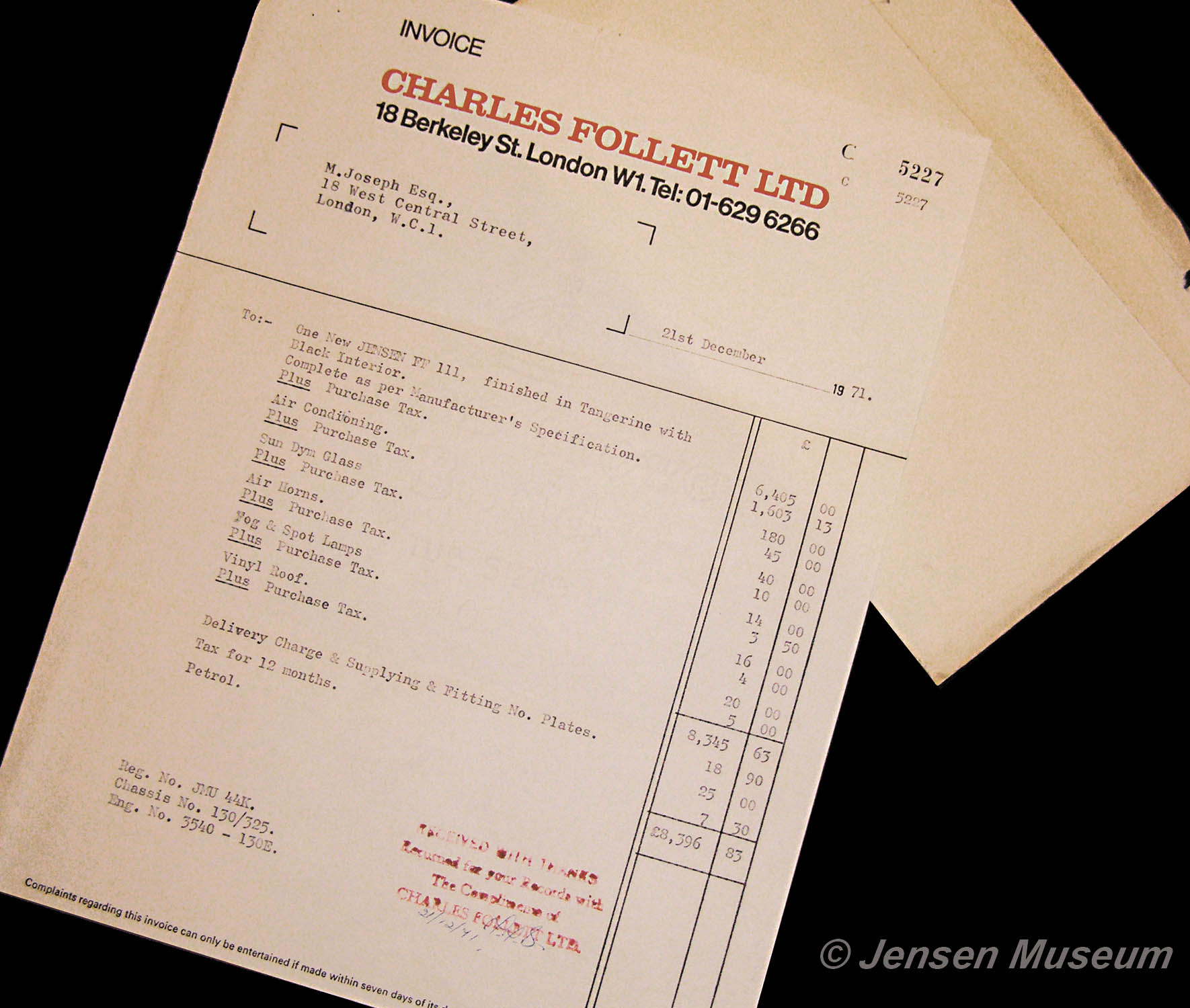 Joseph lived in Clapham Common, situated south of London. The FF would be a familiar sight, being parked in the street outside his apartment. By 1977, Joseph had tired of his tangerine coloured car, and Charles Follett were asked to estimate for various repair work and a complete re-spray in black.

In late 1978, Joseph gave over 130/325 to Charles Follett, at which time they re-sprayed the car. The car was retained by Joseph until 1983 and then disposed of.

Meanwhile, Daniels was looking for a Jensen  FF. In particular, he had set his heart on a  rare MK.III version. This coincided with Joseph deciding to sell 130/325.

Being the only MK.III FF available for sale at that time, Daniels didn’t have much choice. It was buy 130/325 or go without.  A deal was quickly agreed in February 1983, and Daniels became the second owner of 130/325. 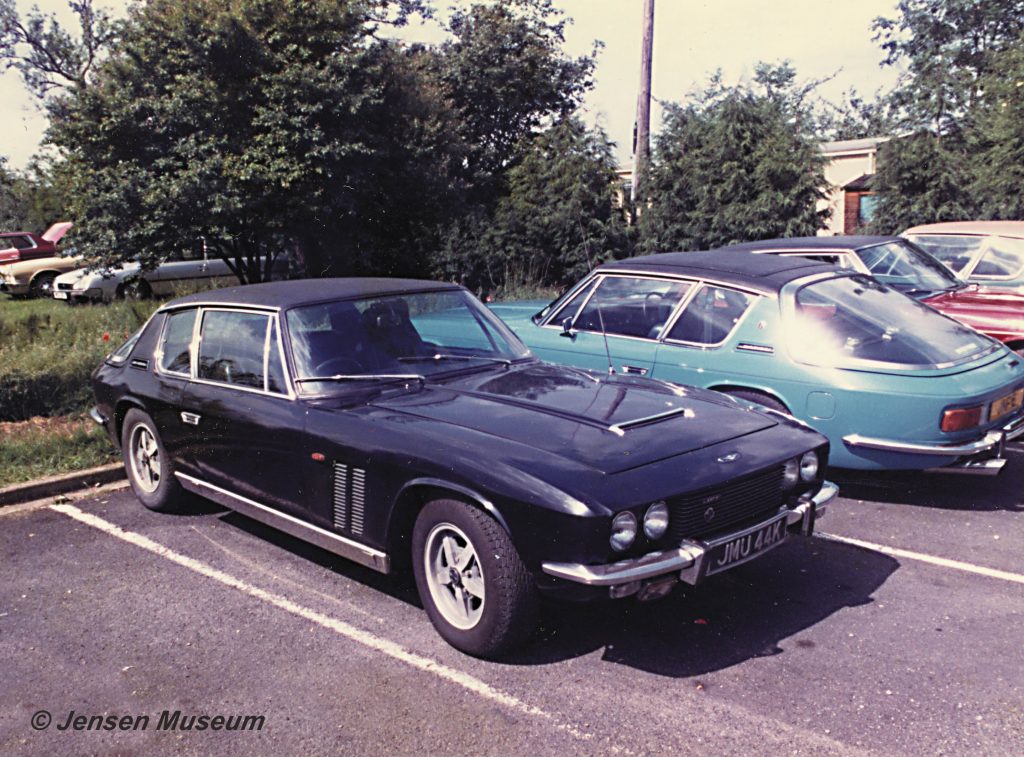 Once purchased, Daniels used 130/325 from 1983 until 1988. After that time the FF was stripped down in preparation for some restoration work. 130/325 remained in this semi-dismantled state throughout the remaining 1980s, and throughout the 1990s. 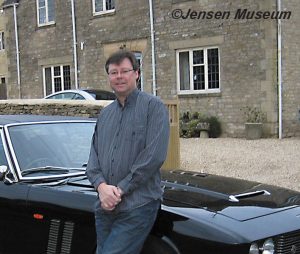 John Argo had loved the Jensen FF since his childhood. As a boy he had played with the children of Mr & Mrs Kilpatrick. Allan Kilpatrick had owned three Jensen FF cars, the last being a MK.III version.

Although Allan Kilpatrick had died and the respective families had moved apart, Kilpatrick’s FF had remained as a car icon within the mind of the young John Argo.

By the beginning of the 21st Century, Argo, now a part of BP/Castrol management, had decided to purchase a Jensen FF…and he wanted a MK.III. Argo contacted Jensen specialists, Cropredy Bridge Garage, asking if they could find him a MK.III FF.

They in turn contacted David Daniels asking if he would be willing to sell his car, and stating that they had a buyer at that time.

The telephone call had come through at exactly the right time. According to John Argo, Daniels had personal problems, which were quite serious. In fact Daniels believed he might be spending an amount of time at one of Her Majesty’s hotels. With this possibility looming, Daniels was in general agreement to sell, and the quicker the sale could take place the better. The problem was that 130/325 was still largely disassembled.

Daniels immediately set about hurriedly putting 130/325 back together again. Unfortunately lack of time meant that the re-assembly work was far from perfect. In fact many parts were not even wired up properly.

A case in point was the doors, the interior door panels were put back on, but the electric windows were left unwired. Likewise much of the interior was placed in position, including the dashboard, but not fixed in properly.

Finally it was time for Cropredy Bridge Garage to pick up the car, and it was transported back to Oxfordshire. Argo became the proud owner of a coveted MK.III FF on 30th September 2003. Once at the garage, a detailed list of necessary work to the FF was put together for Argo to peruse.

Argo agreed to certain aspects of this work to be undertaken, allowing the car to pass through an MOT. Further work was carried out  to turn 130/325 into a reliable daily user for Argo.

It was Argo’s ambition to drive the car over to Le Mans for the racing, and it was one thing having 130/325 capable of achieving its MOT to be legally used on the road. But, it was an entirely different ball game to have 130/325 as completely reliable transport for continental road use.

By 2005, 130/325 had been transformed into a reliable car, capable of being driven anywhere at any time. One of Argo’s first journey’s was over to France for the 2005 Le Mans race. A year later and the FF found itself being taken back over the 2006 Le Mans event. 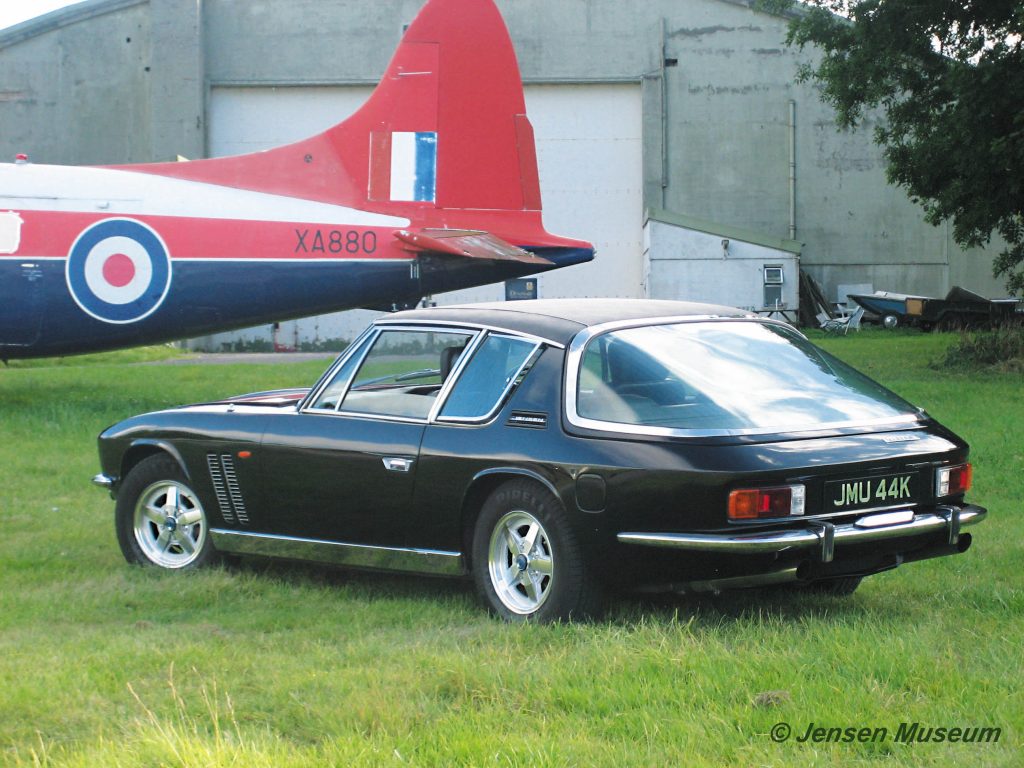 Once back in the UK, Argo’s work commitments meant that 130/325 remained garaged unused most of the time. Worse was the fact that no one else in his family had the same love for the Jensen. With pressure from home and ongoing work commitments, Argo wondered how realistic it was to keep the FF.

With a private museum devoted to the Jensen cars becoming a reality, Woodhams was looking for a MK.III version of the FF model. Hearing there was a possibility of Argo selling his car, Woodhams contacted him, and on the 4th March 2007, became the forth owner of 130/325. In May 2007, Woodhams followed Argo’s tradition and drove 130/325 over to France, driving down from St.Malo,  through Cognac, onwards to Bordeaux. A total trip of over 1500 trouble free miles. 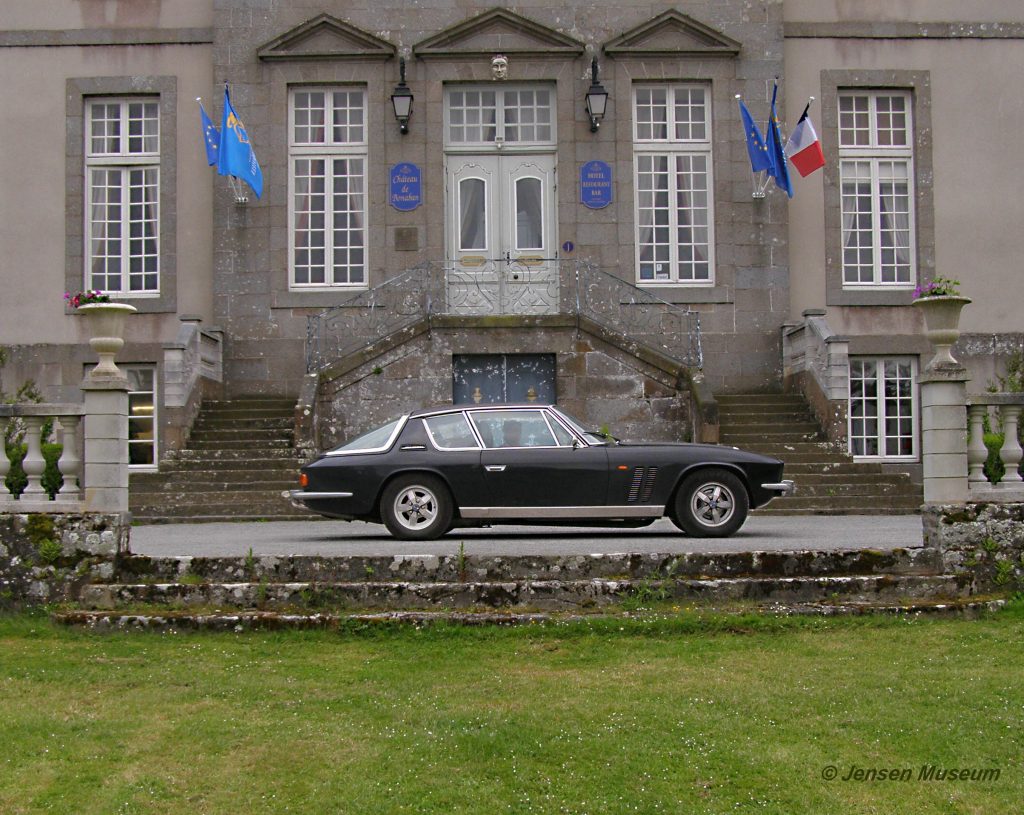 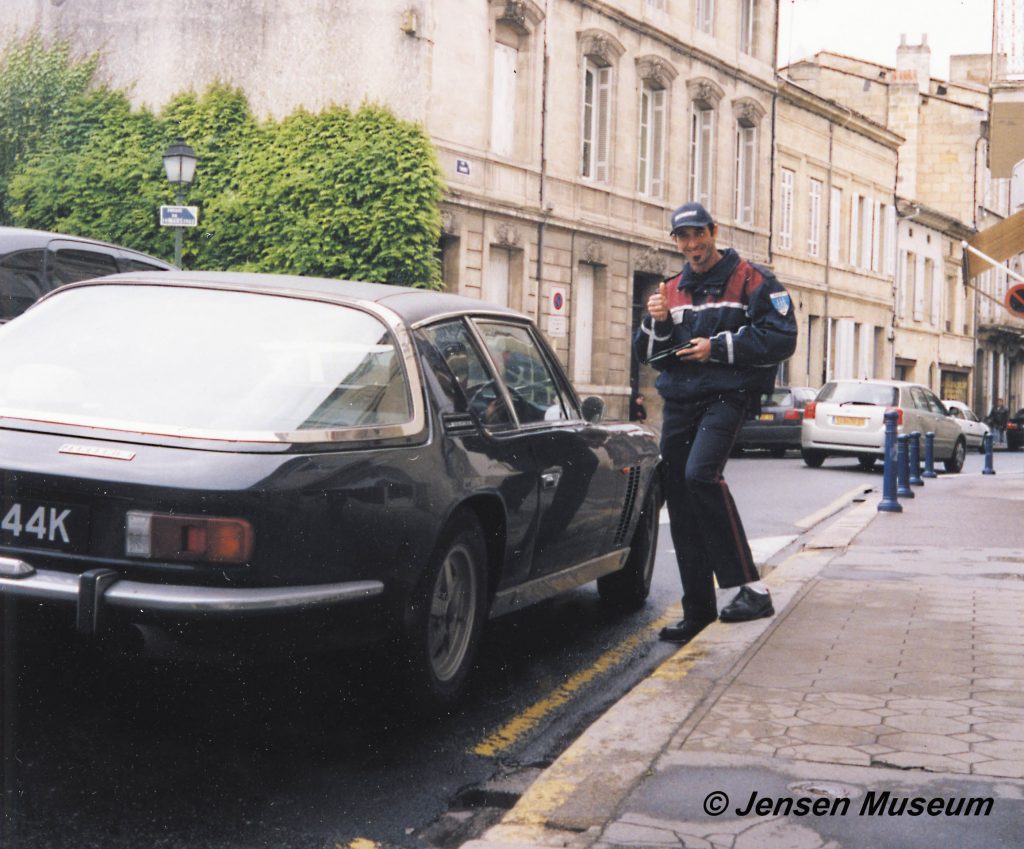 130/325 parked in the city of Libourne, France – the heart of trading for wines from St.Emilion, and the right-bank. The Libourne traffic warden liked the car, and very kindly didn’t give us a ticket on this occasion.

Since the car was acquired for the Jensen Museum, further corrective work has taken place to the car, including a respray, and detail work to the interior and engine-bay. 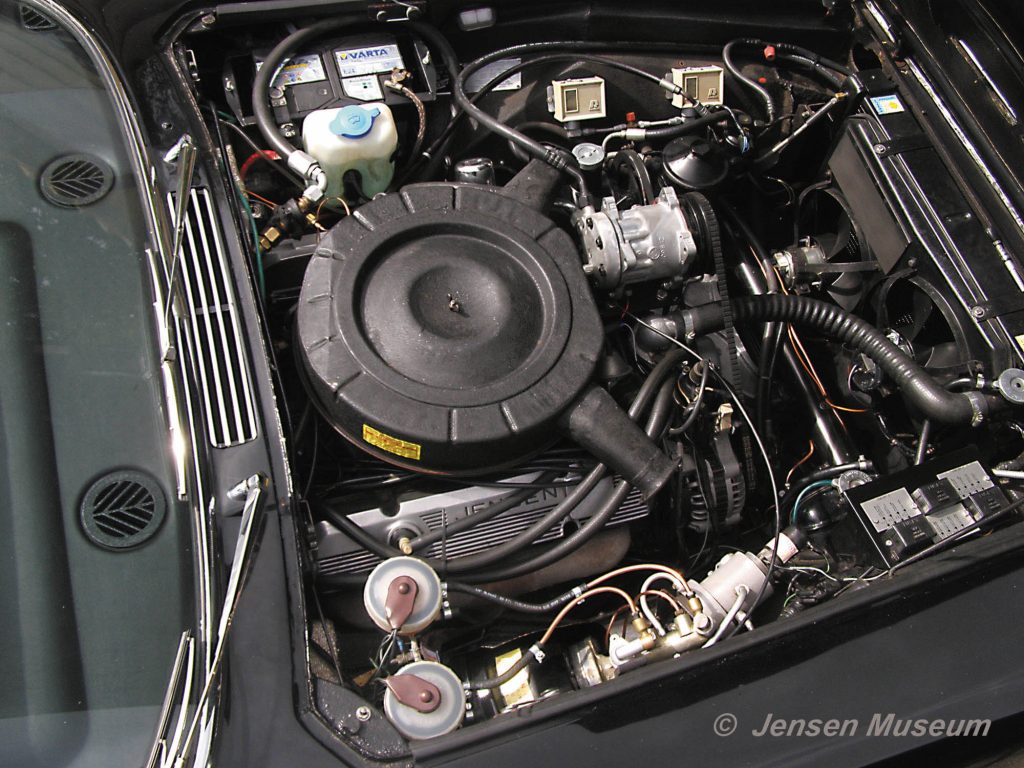 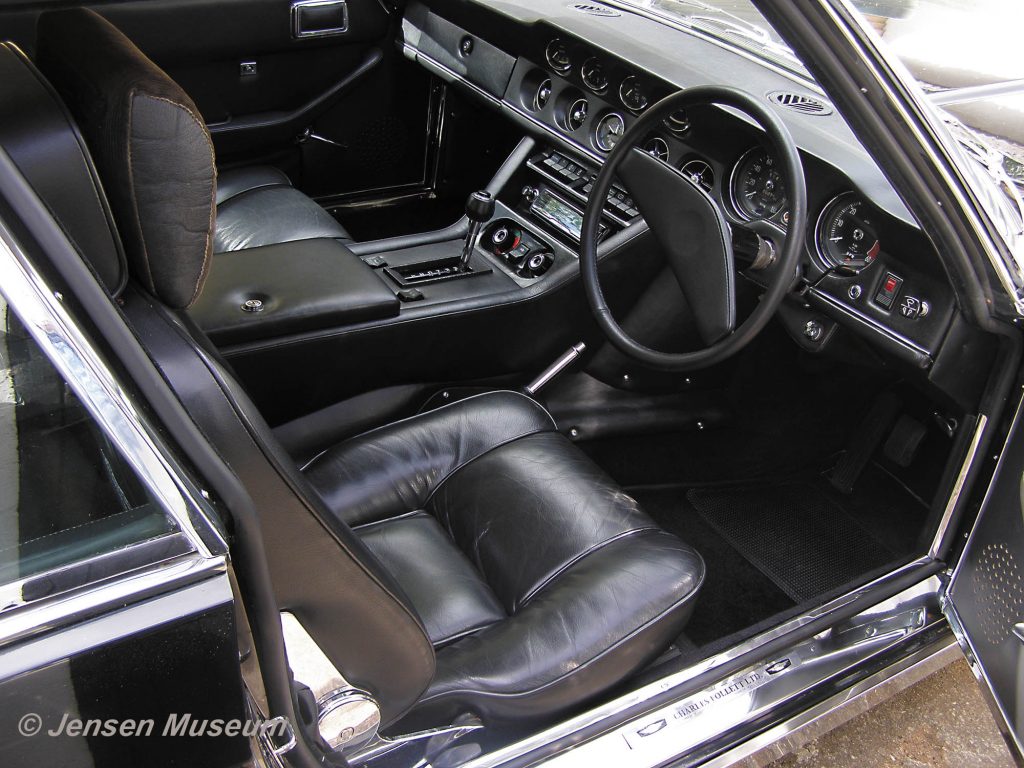