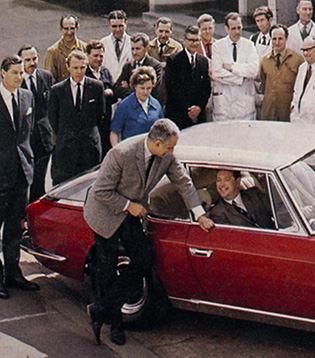 The 1960s businessman, John Ball had created the Nottingham-based glossy magazine, TOPIC. It was a Tatleresque style magazine, but rather than feeding the egos of the gentry, this magazine fed the egos of the the young upwardly mobile.

Ball had  previously owned a Jensen CV8, but now fancied the Italian-designed Interceptor. In late 1967, beginning of 1968,  John Ball placed an order for a Jensen Interceptor. The car would be painted in a specific shade of red, and would have  a silver painted roof panel.

Between Ball, and Carl Duerr of Jensen Motors, it had been decided in advance, that the entire build of the TOPIC car would be photographed – from chassis to completed car. Once the car was completed, a special magazine was going to be devoted to its build.

Typically, the shop floor quickly became aware of the TOPIC car, and the fact a special magazine was going to be devoted to the build of the car. As the car progressed from chassis upwards, a photographer would come in at various stages to take staged photographs of progress.

The completed car finished in so-called TOPIC red, was ready for collection in April 1968. The magazine devoted to the build of the TOPIC Interceptor was published soon after. 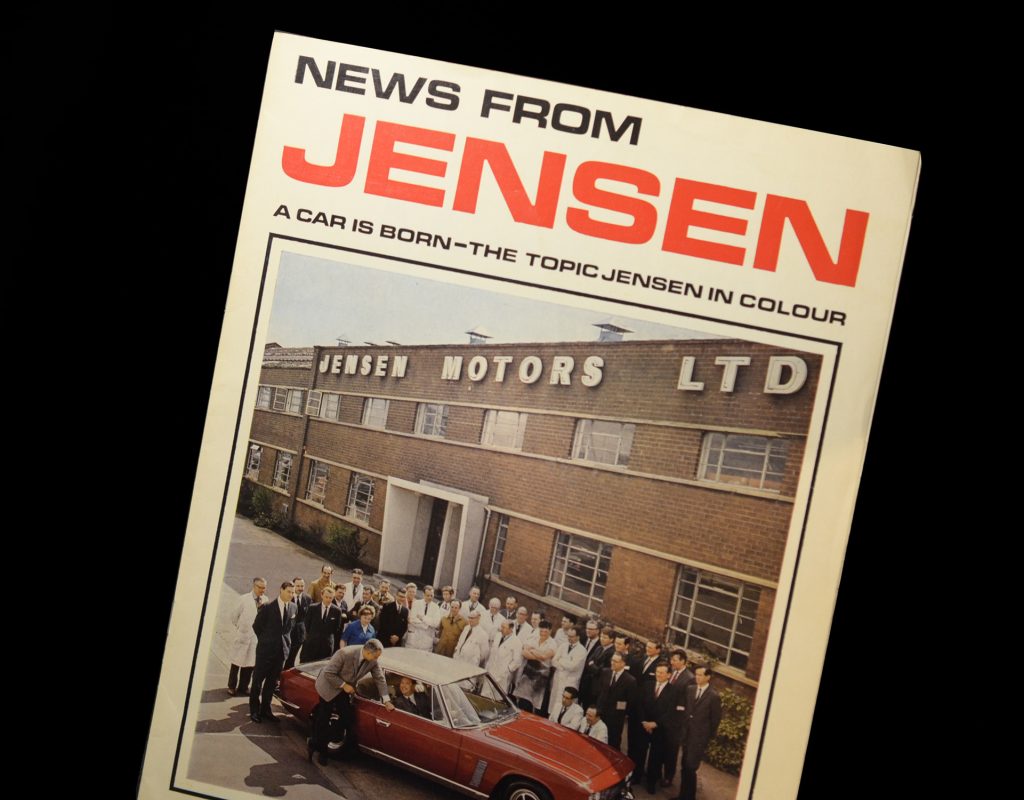 Clive Kendrick on the assembly line, remembers the TOPIC car, and the special magazine well,

“At the time I was on wiring, so typically I would be inside the engine bay, wiring  the loom to the relay boxes. Since I would be wiring the TOPIC car, I wondered if a photographer would turn up to see me doing my good works – but no one came, and the car moved further up the track.

Some weeks or months later – I can’t remember exactly how long it was – Arthur Holloway [on final inspection], came over with a small batch of magazines, and gave us a copy each.

It was the magazine that we had heard about showing the build of the TOPIC car.  The magazine was called ‘NEWS FROM JENSEN – A CAR IS BORN – THE TOPIC JENSEN IN COLOUR’.

And what was on the cover, a photo of the TOPIC car surrounded by management,  and some various foremen and shop floor guys. I have to say, I thought it was a bit strong.

Many of the guys in the photo hadn’t even worked on the TOPIC car. I guess, management had told the foremen to grab a few guys off the factory floor for the photo-shoot; irrelevant if they had worked on the car or not.

I have to say, having done my part towards the build of the Topic Interceptor, at the time I was a little disgruntled not to have been on the cover of the magazine. “ 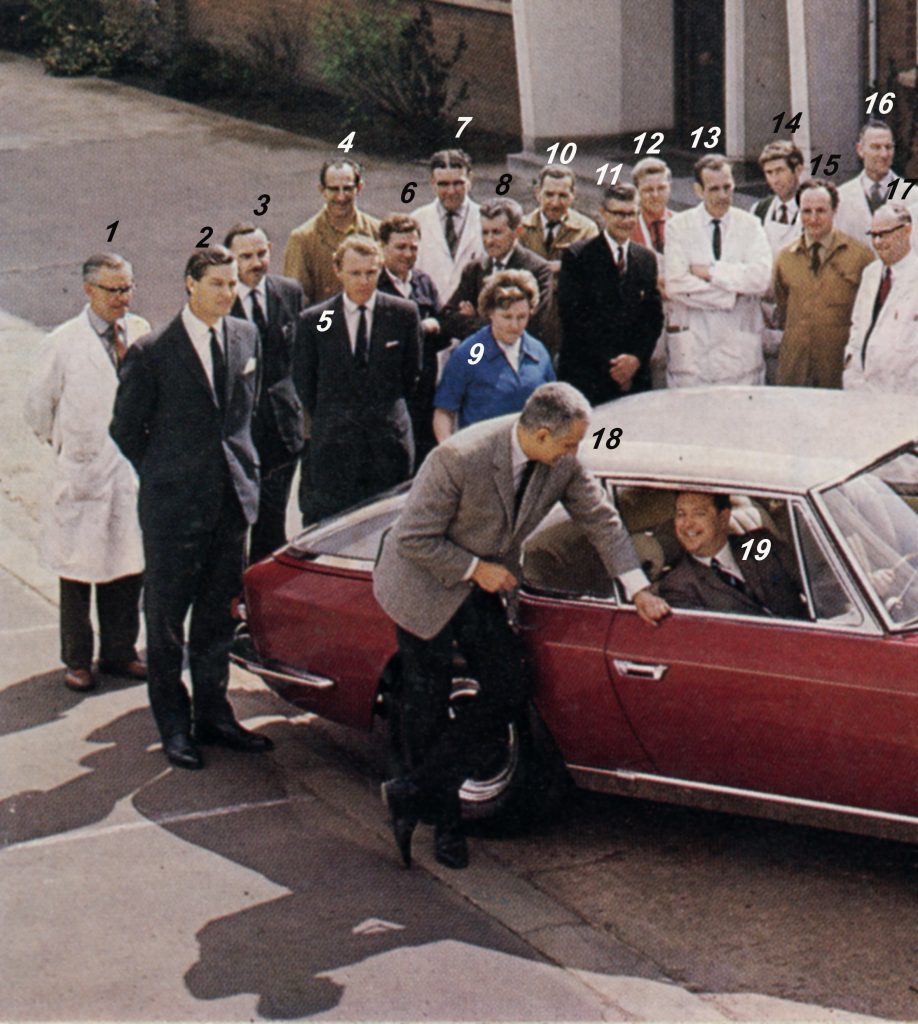 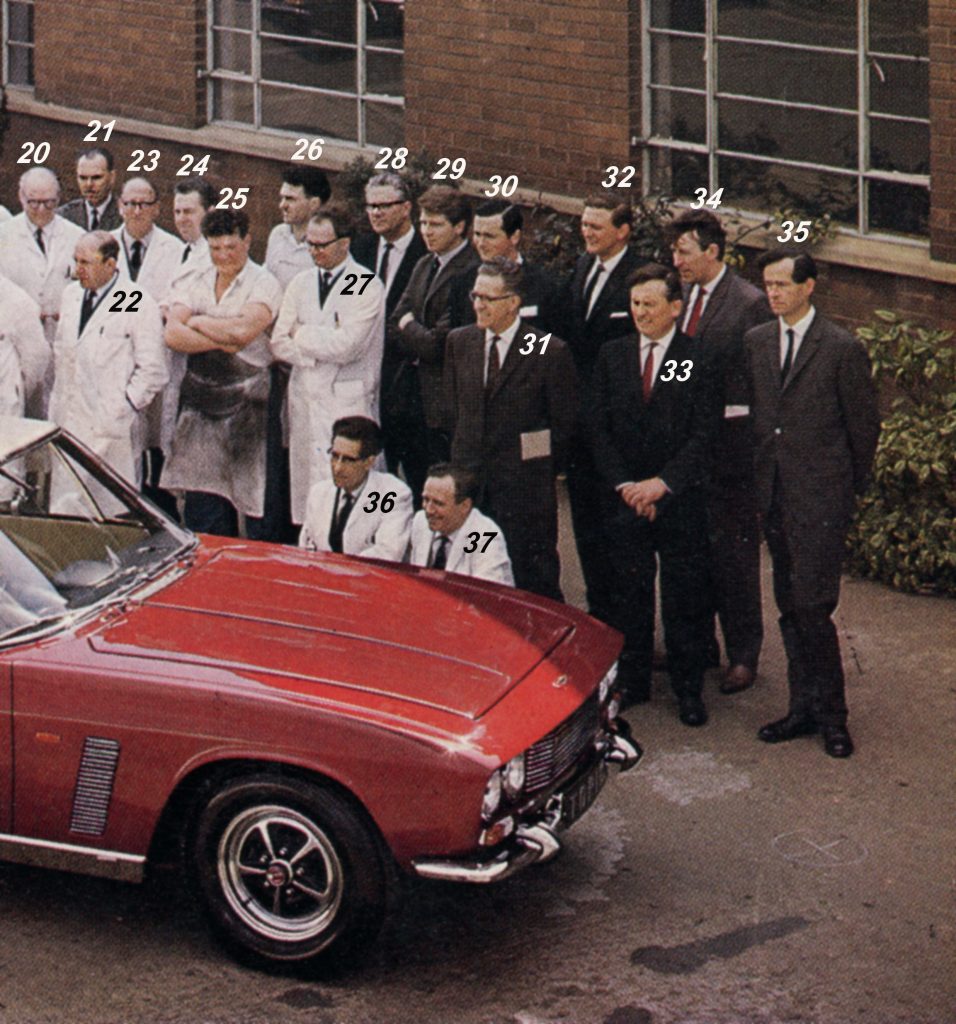