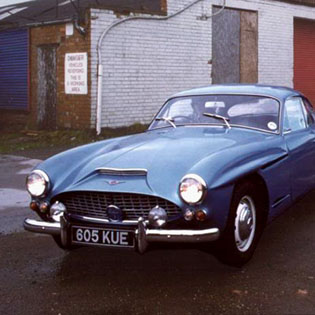 Donald Healey’s long association with Jensen Motors is well known. Less known is the special 541S V8 owned by Healey. Purchasing a 541S from Jensen Motors without engine/transmission, Healey had a Chevrolet V8 engine along with GM transmission fitted.  Healey wanted fast easy motoring between his works in Warwick, and his home in Cornwall. That is exactly what he got in the 541S V8. This is the story of Healey’s 541S V8 special.

The idea of fitting a V8 engine into a 541 wasn’t unique to Healey. In fact Jensen Motors did exactly that back in 1957. An American customer apparently ordered a 541, but wanted a Chrysler V8 engine installed.

Jensen Motors were happy to oblige, although it would seem the order was later cancelled. The 541 V8 had been built anyway, and was kept for a while for factory use before being sold off. One can only guess Healey may have had knowledge of that car, and it may have been the inspiration for him wanting to build up his own version of a 541 V8. 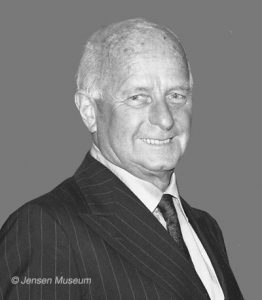 Healey was driving an Aston Martin, but had taken a liking to the shape of the Jensen 541S. He was also impressed with the general handling of the car, and its aerodynamic shape.  Healey asked Jensen if he could purchase a 541S, but without an engine or transmission.

Already having a long association with Jensen Motors, the Jensen brothers agreed to the special sale. In May 1962, Jensen Motors sold Healey a 541S, chassis number S1121/100, without engine or transmission. 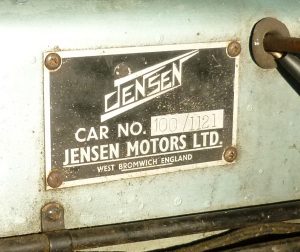 Healey’s idea was to build the 541S up using a Chevrolet 327ci V8 engine, mated with a GM 2-speed automatic transmission.

Luckily for him, Healey had built up many friendships within the top-brass of the American forces. With just a couple of telephone calls, he had secured a Chevrolet engine from the US, and managed to have the power plant shipped over to the UK aboard an American USAF aircraft. The power plant was almost delivered to his door, as the US airbase was just a stone’s throw from his works.

With chassis S1121/100 assigned to Healey, his colour specification was, typically, ice blue with dark blue leather trim. Ice blue was Healey’s absolute favourite colour, and many of his cars ended up in that colour.

Once given over to Healey, work started on the fitting of the Chevrolet engine with GM transmission. After completion, the 541S was driven by Healey using trade plates.

In 1961, Healey purchased the  27 acres Trebah estate, near Falmouth in Cornwall. Apparently the 541S V8 was used from time to time commuting between Healey’s Warwick factory, and his new home in Cornwall. 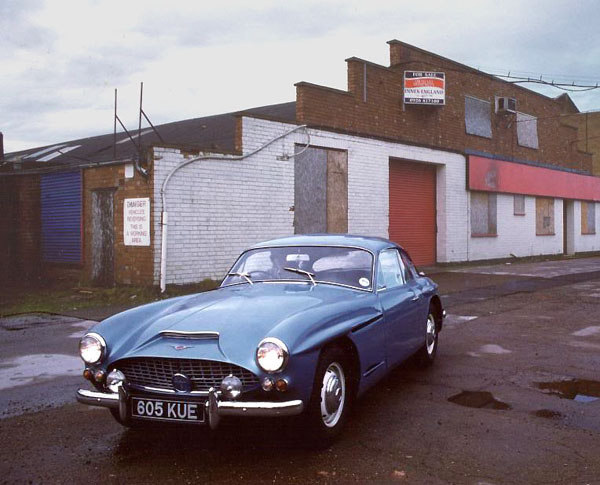 Photograph of 605 KUE taken in 1995 at the old Healey works in Warwick. The area has since been re-developed.

The car was first registered in Warwick on the 11th March 1964. This was in anticipation of selling the car, as a buyer for the 541S V8 had already been found. The car was assigned the registration number 605 KUE.

John Forster was from a farming family in St.Helens, Lancashire. The business ran under the name J & J Forster Ltd, and in addition to livestock farming, the family also owned various butchers shops, along with other business interests. John Forster had previously owned a standard Austin 6 cylinder engine 541, and was sometimes clocking up nearly 1000 miles per week driving around in the car for work.

A friend told him Donald Healey was selling a 541S with a V8 engine. Immediately interested, Forster contacted Healey, and purchased the car in May of 1964. Forster was certainly excited with his new high-powered car, stating that the car could easily achieve a top speed in excess of 130 mph – the only trouble being the car wanted to go airborne after 120. 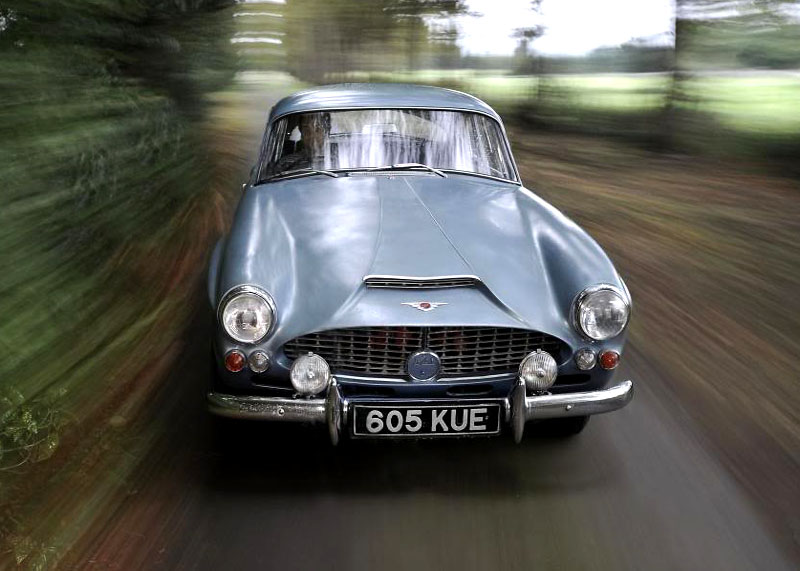 Apparently, Healey had also mentioned to Forster that the 541S V8 could transport him down to Cornwall in quicker time that it would take him to fly. How seriously these comments were made isn’t recorded, but it gives a feel to the perception of speed driving this V8 fibre-glass bodied car.

Forster kept the 541S for a couple of years, strangley, part-exchanging it  against a Triumph TR4a in 1966. Certainly the change to a TR4a would have felt decidedly slow in comparison. 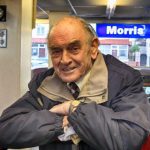 Derek Ketteringham ran a large car showrooms based in Neasden, London. During the 1960s, he had a Triumph dealership. Ketteringham took the Jensen in part-exchange against the TR4a. Allowing £1100 trade-in on the Jensen, Forster had to find just over £16 on top of the Jensen to drive away in his TR4a.

According to a letter sent from John Forster’s son to Duncan Howgate (owner between 1990 – 1996), he believed that Ketteringham had taken a liking to the the Jensen, and may have kept the car for himself.

If that is the case, it might have spent much of its time in Ketteringham’s showroom. The letter also states the Jensen was part-exchanged on the 12th April 1966, and that the car had covered something under 40,000 miles at that time.

The next registered owner of the 541S is just over ten years later, in 1977. Did Ketteringham keep the car in his showroom over the period 1966 to 1977, or had he sold the car on. From the pieces of evidence we have at this stage, it looks most likely that the Jensen spent many of its ten years in Ketteringham’s showroom.

A former car dealer, Mark Bray, has shed more light on the history of this car. “During the 1970s, I ran a garage in Wilstead in Bedfordshire. I had the Jensen 541S V8 on sale or return from a dealer called Frank Hobbs. During the time this car was on my site for sale, I used it a few times.  I didn’t find the Jensen a nice car to drive, and you had to think what you where doing if you put your foot down”.

George Gilbert Dudley would be the next recorded owner of the Healey 541S V8. Dudley was born in 1923, and ran a large engineering firm,  Dudley’s Eng. (Witney) Ltd, based in Witney, Oxon. Dudley is noted as the registered keeper from April 1977, by which time the car had covered just over 37,000 miles. 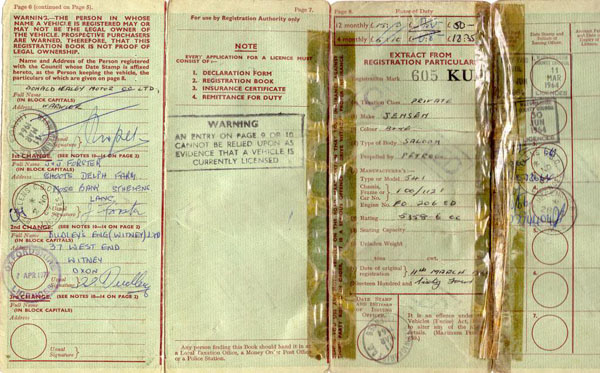 The green registration book for 605 KUE. Donald Healey is shown as the first owner.

Dudley owned the car from 1977 until 1986, at which time it was sold to Nicholas Hopkins in August of that year. Hopkins was using David Horton of Horton & Bateman, to service the 541.

It seems that by May 1989, Hopkins was in the mood to sell. If he sold the 541 outright to Horton, or asked him to sell it on commission, isn’t known. In all likely hood, Horton was asked to sell the car on behalf of Hopkins.

Peter Kemp from Hayling Island purchased a Jensen Healey from Horton, and when he was at Horton’s premises, he saw the Jensen 541. In a complete moment of madness, he agreed to buy the car. Kemp only kept the car for a few months, admitting the V8 engined 541 was quite frightening to drive. He advertised the car for sale, and sold it for £10,000.

The buyer (Kemp doesn’t remember his name) might have been a motor trader, as the 541 was quickly placed with ADT Auctions the following month, with a reserve set at £15,000.

We do not know if the car sold at the ADT auction, but between 1989 and 1990, the car was for sale with Cropredy Bridge Garage. Andrew Edwards, the then owner of Cropredy Bridge Garage, remembers the car well., “It came into us on commission sale, and we found a buyer in 1990.” Cheltenham-based, Duncan Howgate, being the new owner.

Howgate kept the car for six years, then advertising the Healey 541S for sale in 1996. The car quickly found new ownership, being purchased by Jensen enthusiast, Francis Pullen. 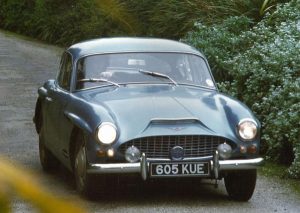 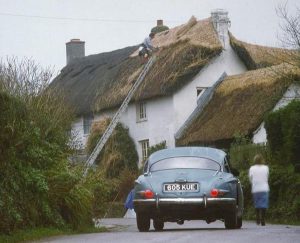 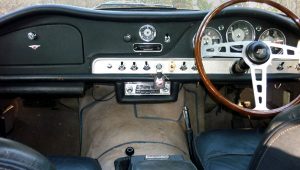 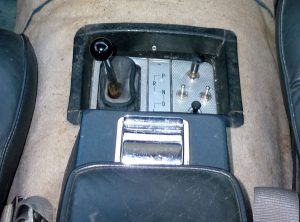 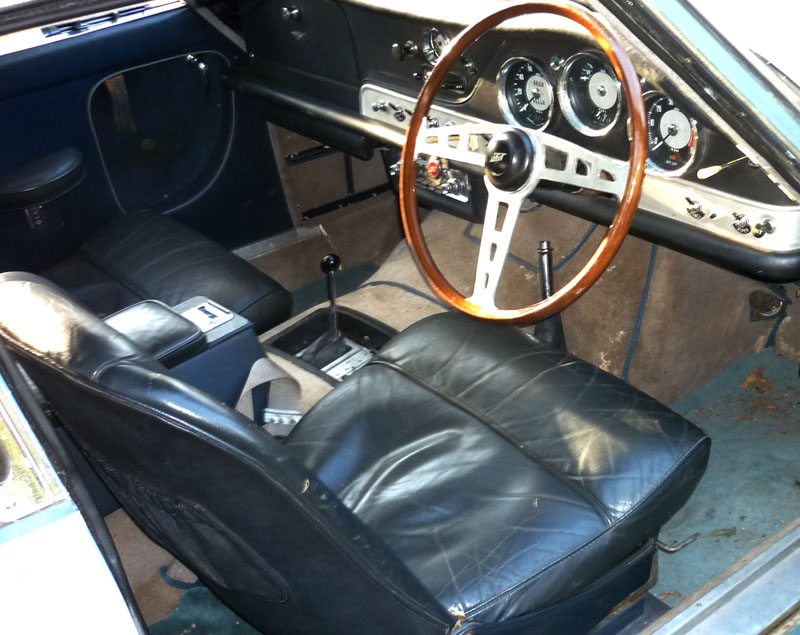 Photograph of the Healey 541S V8 interior (taken in 2015). A wonderfully original interior, with original leather, and even original carpeting. The CV8 steering wheel has been fitted by the present owner, Francis Pullen (the original has been retained so it can be fitted back if required). 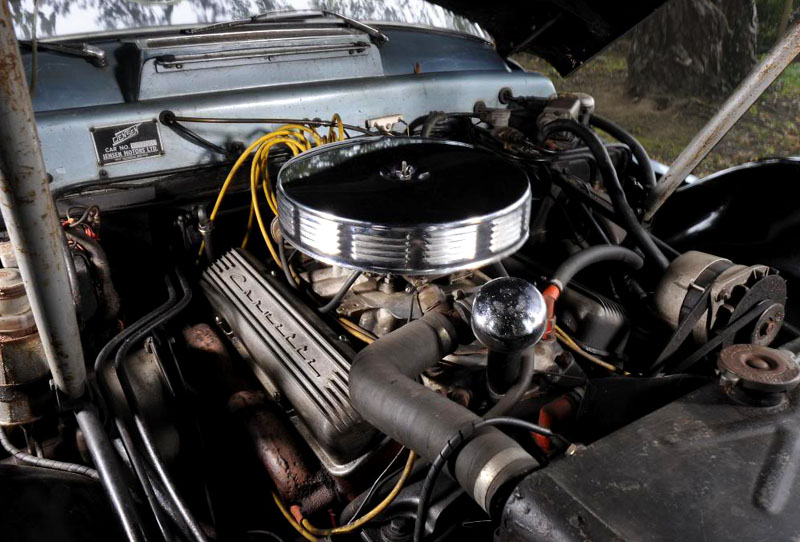 Engine-bay of the Healey 541S V8, with the Chevrolet V8 engine sitting neatly within the compartment.

Pullen, an owner sympathetic to both the history of the 541S V8, and to the car’s originality,  still owns the car as at 2021. The car has covered just over 58,000 miles (2021). An incredible survivor, the car still retains its original blue paint, along with original carpeting with blue bindings, and original leather trim.

SPECIAL REQUESTS: We are particularly interested to hear from anyone that might have information or photographs of this car, whilst it was under the ownership of Donald Healey.

COPYRIGHTS: All images and text copyright of The Jensen Museum | Francis Pullen