WELCOME TO JENSEN INTERCEPTOR FOR SALE

When you feel your years of Jensen Interceptor custodianship have come to an end, why not let THE JENSEN MUSEUM sell your car.

You can advertise your Jensen Interceptor for sale on the site, giving your car presence to car model specific interest around the world, or if you prefer, you can consign your car to us and we will undertake the sale of your car 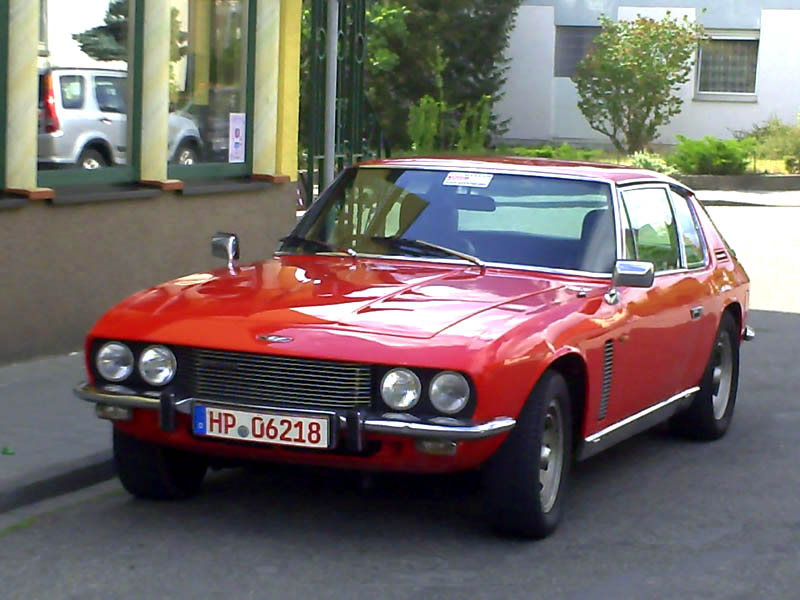 Description: The car in red paint with black leather trim. The car remains generally with its original metalwork, and has never had any major welding work or restoration undertaken. There is some bubbling in a couple of places now. One door, along with one wing showing some slight corrosion.  The original engine was removed by the previous ownership, and a fully rebuilt 350 CID fitted in place. The new engine has completed less than 2000 miles. Mechanically the car has always been well maintained, and regularly serviced. The interior is original. Since 1983 the car has been kept in perfect dry storage conditions. The original 383 engine from this car has been also kept in dry storage, and will be sold together with the car.

History: The Jensen Interceptor MK.II was imported to Germany in 1983 by museum curator, Director Frenzel, of the Rosso Bianco Museum (located in Aschaffenburg, Germany). The car was maintained as a part of the museum collection, and used for presentations. The present owner acquired the Jensen Interceptor in 2010, when the car joined his car collection in Mannheim. Viewing of car: Mannheim, Germany.

Status: Presented for sale on behalf of the owner.

The first 50 or so cars were manufactured by Vignale in Italy between 1966 and 1967. Production then took place at Jensen Motors, West Bromwich factory.
In mid-1969 the front suspension was redesigned replacing the king-pin to  independent, coil sprung, ball jointed wishbones, the lever arm dampers also being replaced with telescopic type. The twin piston Dunlop calipers front and rear were replaced with Girling triple piston calipers, which improved braking. Radial tyres were fitted making the Interceptor even more sure footed than before and power steering was standard fitment.

Interceptor MK. II 1969 – 1971
Show-cased at the 1969 Motor Show. The MK.II started out with the same chrome rear lamps as the MK.I, however, these were changed for Lucas manufactured lamps shortly after MK.II production. The cars had bumpers with square finished overriders, the front bumper being mounted 2” higher allowing revised indicators to be mounted beneath. The cars also had a remote opener for the rear hatch, which was operated from within the driver’s door shut replacing the push button on the rear panel. The major change was to the interior, which was completely redesigned. The interior now had a full length dash with integrated instruments.

The Interceptor was revised again in 1971, with further changes to the interior seating. Externally,  new GKN alloy wheels were fitted instead of Rostyles. Brakes were modified to take ventilated discs. The 383ci engine remained initially, but as time went on Chrysler were having difficulty meeting emission regulations and the power output was dropping. So, 1973 saw the introduction of the 440cid engine with a single four barrel carburettor.

Contact us if you have a Jensen Interceptor for sale