During the summer of 1969, Jensen Motors’ Sales Manager, Tony Marshall, had a call from their public relations company Good Relations. An Interceptor was required for a static photo-shoot.

A QUIET DAY AT THE OFFICE

One morning in summer 1969, my phone rang. It was Gethin Bradley, from our PR company, Good Relations. They had a request for us to supply an Interceptor for use in a static publicity photo-shoot in London.

We were constantly being asked to provide cars for these purposes, as the Interceptor (and FF of course), were seriously ‘hot’ in those days. A time when few were to be seen on the roads.

Not a problem, I said to Gethin, and asked him for details when he had them, so that I could send our driver, Albert Jackson, down with a relevant car, and bring it back again. 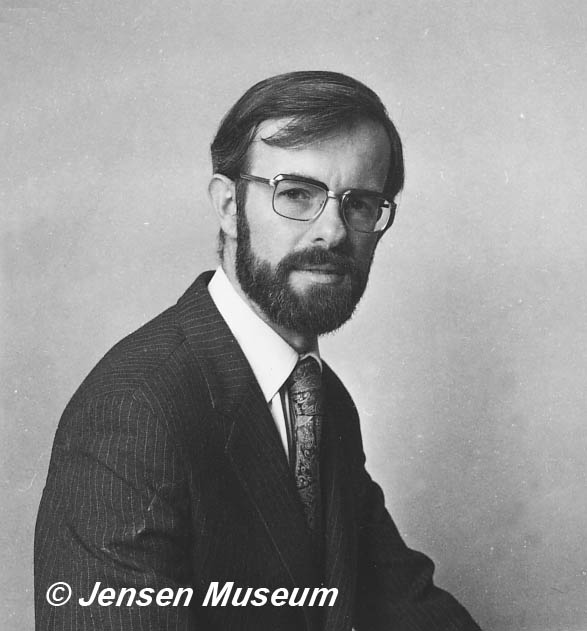 A few days later Gethin came back on the phone, mentioning the film company wanted a left-hand-drive Interceptor for some undisclosed reason, and the car would be required into the evening. This wouldn’t be a problem, I had a stock of LHD cars ready to supply newly appointed European dealers, so this request could be easily granted.

Another couple of days went by,  and Gethin was back on the phone again,

“would it be OK if the film company fitted aircraft landing lights to the car? “

Er, just a minute, what are they, and why? Back came the answer that it was okay, the lights were the same size as the normal headlights, but a bit more powerful for the effect the film company needed.

Their special effects people would fit them, and the additional batteries needed to handle the power. They also guaranteed not to alter or damage the car in any way at all. You could almost hear the ‘old boy’ at the end of that sentence!

Very unusual request for what I had been told was to be a straight-forward static photo shoot.

I was now starting to wonder what this company were up to, and decided that rather than send our driver, Albert Jackson, down with the car, I would take the car down to them myself.

The Interceptor I chose was painted in California Sage (chassis 117/3153 if I remember correctly). I left West Bromwich around lunch time, bound for London, with the car looking quite terrific in the sun. I arrived at the film company’s workshop in Shepherds Bush late in the afternoon.

There was no doubt California Sage paint suited the Interceptor.

Once positioned in the workshop, The technicians set to work removing the headlamps and swopping them over. While they were doing this, a very elegant gentleman in pin stripe, with Bowler, briefcase, and tape measure, arrived and proceeded to measure the height of the front of the bonnet to the ground.

Why? Oh, just a check for the camera guys I was told, you will see when we get there. And where was that going to be? Just down the road at the FVRDE at Chobham. Oh yes, home of The Fighting Vehicles Research and Development Establishment !

Just how does this match up with the ‘static shoot’ in the original request, I wondered. Not to worry, all will be explained when we get there. All this was very typical of film companies, never telling us the full story when they wanted to borrow a car.

In this particular case, they probably knew only too well that had they described at the start, what they wanted to do, Jensen Motors wouldn’t have agreed.

However, it was set to get worse!

The FVRDE (coming under many different names since 1969), comprised testing for all terrain vehicles and also had a small fast road circuit.

I was led into the site via a side road, and through a wooded area. This was where the film company had set themselves up, alongside a section of the road circuit.

By this time it was approaching dusk, and I was met by one of the directors with the inevitable millboard and charming smile.

“Oh hello, I say can you drive?’ ‘Well, I seem to have got here OK’ I replied. ‘Oh sorry, silly me! You see the chap who features in the film can’t actually drive!’

Maybe the time had come for an explanation.

The ’set’ was an imaginary border post, complete with goon tower and lots of military clad types with rifles etc and some pretty bright lighting. The film company was making a short advertising film for Jacksons The Tailor, then part of the Burton Group.

One of the many Jackson – The Tailor branches, which were on many high streets during the 1960s and 1970s.

They were introducing a new, rather smart ‘driving’ coat and the story was that these would be worn by James Bond types, used to romping around various foreign lands and having to take occasional smart evasive action from pursuers.

In this case the guy was escaping through a border post, complete with red and white pole barrier, with a passenger (remember the chap taking measurements? read on).

What they wanted me to do, was to drive up to the border post at speed, so that I could lock up the wheels before stopping at the barrier. They wanted to film the wheels locking up on the sandy track. The second phase of the filming would be me driving through the barrier.

No problem I was told, they had replaced the steel barrier with one made of Balsa wood, which had been cut along its length with the two halves glued together, making it a bit stronger!  No question of ruining the bonnet then !

It was time to have a consultation with my director friend with the mill board (a firm friend by now, as he was afraid that I would pull out), and come up with an alternative scheme.

“Gather round everybody, Tony has a plan!” said the director.

I agreed to attempt the shot, providing that they make deep cuts in the Balsa wood barrier, one dead centre from the far side, and two more either side and some distance from the first cut on the near or my side of the barrier. I would risk taking the impact at the base of the windscreen and hoped that it was strong enough without doing any bodywork damage.

The final shot was to feature the intrepid Jacksons man to be driving off into the wide whatever, being comforted by his hitherto unknown to me passenger, a truly delightful petite blond who was briefed to wrap herself around his neck in gratitude. I like it !

By this time it was getting pretty late and we all stopped for supper, or what was really a first class dinner produced from a converted coach parked nearby. After that we got down to shooting the film.

First shot was easy, I had to come round the corner and stop at the barrier. OK ? Unfortunately, not ! The trouble was that the actor didn’t wear glasses, and mine were showing up on the screen. Can you do it without your specs ?

I’ll try, came my answer. No mean feat – no specs, and dazzling arc lighting. First time wasn’t bad, “but just a little quicker and closer to the barrier if you please !” said the director. Second time was shot approved.

Next phase was the barrier. This was at right angles to the road circuit, which was about the width of a country road. So I had to gun the car through the barrier, and then immediately turn hard right.  I went for it, and it worked a treat, three pieces of barrier flying into the air and absolutely not a mark on the car.

Everyone was well pleased, apart from one of the camera men they had in place on the ground,  to film the car bursting through the barrier. He was rubbing the fingers of one hand because I had just run over the tips on my way through the barrier ! I didn’t even  know he was there. Brave man.

Now for my reward, a snog with the blond !

“Oh no, sorreee ! We don’t need you for this shot. We will sit our actor behind the wheel, and let the car trundle slowly along this straight bit of road. Thanks very much for all your help. “ It was now close to 7 am and the end of over twelve hours excitement.

I have been told that Jacksons used the film once in Wales but I never saw it. Good relations did, I believe, attempt to get a copy, but as far as I know they did not succeed.